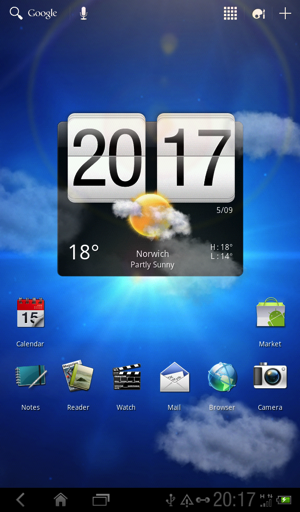 HTC Flyer had the unfortunate distinction of being launched with an outdated version of Android for its time. When Honeycomb was all the rage, Flyer was launched with Gingerbread on board. Its saving grace was the custom Sense UI 3.5 which covered up most of Gingerbread's shortcomings for tablets. It was always rumored that the tablet would eventually get a Honeycomb update and now it looks as if the long awaited update is finally here.

Right now only users of the GSM version in Europe are getting the update. According to HTC the WiFi only version will get the update 'very soon'. As for the rest of the world, well no official word out yet but since its the same tablet I suppose it wont be long before we get a global update rolling. HTC Flyer will be the only tablet in the market running Honeycomb on a single-core CPU so if HTC can somehow maintain the same user experience as Gingerbread, well then all the more kudos to them.