Engadget has gotten hold of several leaked HP slides which detail new Pavilion all in one systems and AMD's new HD 5570 and 5350 graphic cards. 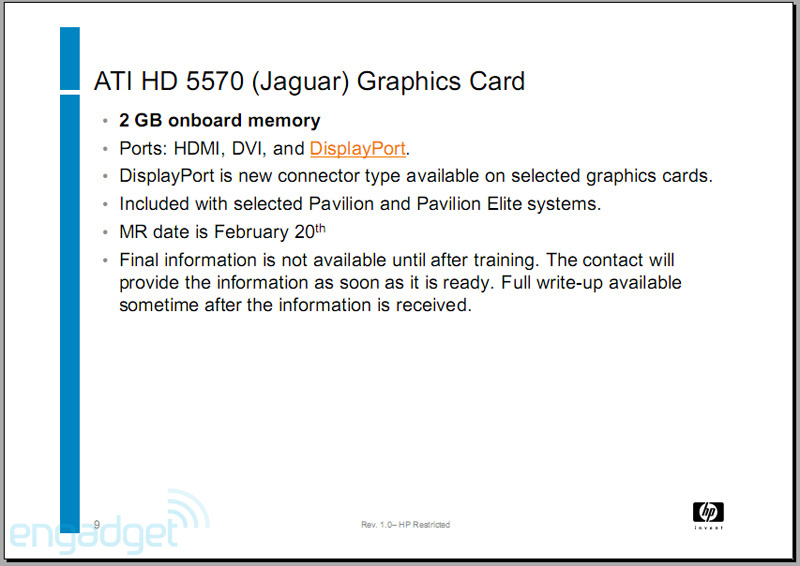 ATi Radeon HD 5350, codenamed Evora Cedar, will feature 1GB of memory and HDMI, DVI and VGA connectors - with an approximate shipping date of January 7. The more powerful of the two Radeon HD 5570 Jaguar will feature to 2GB of memory, it has dropped the VGA in favor of a DisplayPort. According to the slides, the availability will be up for sale starting January 20. 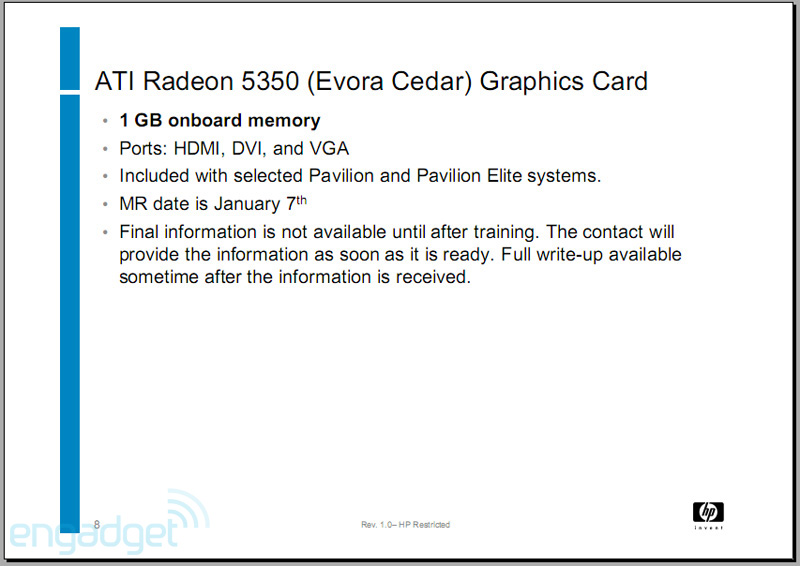