HP has recently been facing some serious difficulties and has opted to betting all its resources on the new PC called 'The Machine'. Probably the most intriguing thing about the machine is that it will rewrite basic computing on a very fundamental level. While the topic has been covered extensively, I realized we haven't actually touched it here and thought it was about time. 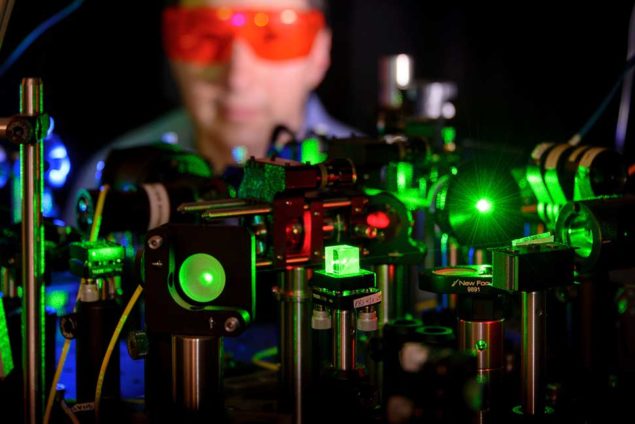 A concept of an optics based logic pathway - Credit URL

Optics and Memristor based iteration of Linux called Linux ++ coming 2015

Currently, in every textbook, you would find the transistor as the fundamental power behind the modern processor. In other words, the basic unit of compute. HP means to change all that and reboot history by making us reevaluate this basic unit of computing and replace it by something much more efficient and advanced; a memristor. Funnily enough, HP did not event the memristor, infact it actually predates the transistor. A circuit theorist called Leon Chua first came up with this component. Its not really possible to generalize this component into one definition but if I were to attempt to do so, it's the equivalent of non volatile RAM in transistors. A transistor which actually remembers its previous state - that is to stay the historic flow of electricity. In physical terms that would mean remembering the resistance, ohm for ohm. Basically, its applications would change to being non linear and would result in a very very interesting architecture design. Creating microcode for this kind of processor would be no less than a herculean feat.

As most of you would probably know, the Machine would be powered by an evolutionary concept (keyword: concept) operating system called Carbon. I am not sure whether the end product will have any correlation to the current Linux, but it will definitely be an open source standard, so that's good news for everyone. An emulation based Linux development kit, called Linux ++, will be released sometime in 2015. Of course that is assuming HP meets the schedule, which is in no way a certainty considering that they have been talking about this for the past few years. Another interesting point to note is that 'the machine' will use optics-based circuitry, ditching copper wiring for optical transistors and wiring.

Ofcourse it is a very long way from the drawing board to a stock keeping unit. I am not sure whether HP can actually deliver in the given time period. Although if they do manage, and the real life results are anywhere near the claims, then breaking the ARM and x86 market should be a piece of cake; given one caveat. There is no point to a Carbon based miracle machine, without a proper developer ecosystem. While HPC and GPGPU applications usually have custom written code, there is absolutely no room for a new platform in the commercial sector. However, if proper development begins and the Machine starts gathering industry inertia, we could see the big shift before the decade mark.