A German site has exposed HP's upcoming notebook which would feature the A6-3410MX APU processor which is part of AMD's Llano Fusion Mobile Lineup. Information chart detailing the Mobile versions of Llano chips has already been leaked which you can see here.

The notebook with Product model "Pavilion DV6-6110SG" features the "A6-3410MX" APU (Accelerated Processing Unit) which is a Quad Core Unit has a stock core speed of 1.6Ghz with Turbo Core upto 2.3Ghz. The APU allows for DDR3 memory 1600mhz and Low Voltage DDR3 memory support with frequencies of 1333mhz and 4Mb of L2 Cache, Total TDp of the chip falls around 45W. 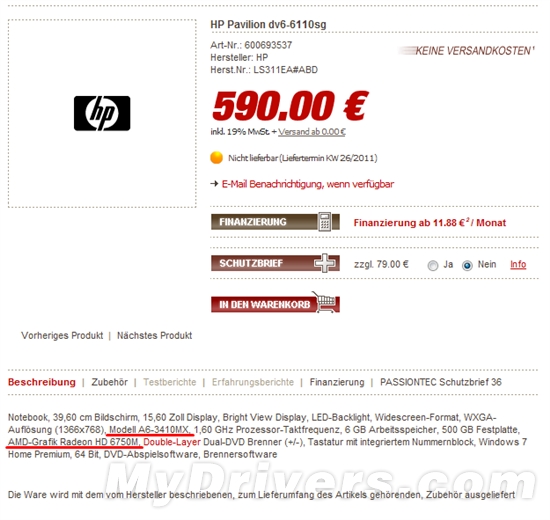