Don't want to see photos shared with you in Messages to show up in Photos app in iOS 15 and iPadOS 15? You can turn this feature off right now.

Unwanted Photos Showing up from Messages in Photos App After Updating to iOS 15 / iPadOS 15? You Can Change this Instantly

Everyone is starting to get acquainted with iOS 15 and iPadOS 15, and we're sure many of you are waking up to strange changes in the software which just weren't there before. For example, whenever someone shares a photo with you in Messages, it will appear in your Photos app automatically, just like that. For a lot of people, that is a game-changer feature as it rids you from saving photos manually. But for some, it can be a bit uncomfortable. Just imagine, a photo which you don't want in your Photos app just pops right up for no good reason. Thankfully, you can turn this feature off and we will show you how.

Step 1. Launch the Settings app on your iPhone or iPad.

Step 2. Scroll down and tap on Messages.

Step 3. Scroll down a little more and you will see an option called Shared with You. Tap on it to open.

Step 4. Here you will see a bunch of toggles. Just turn off the Photos one as shown in the screenshot below. 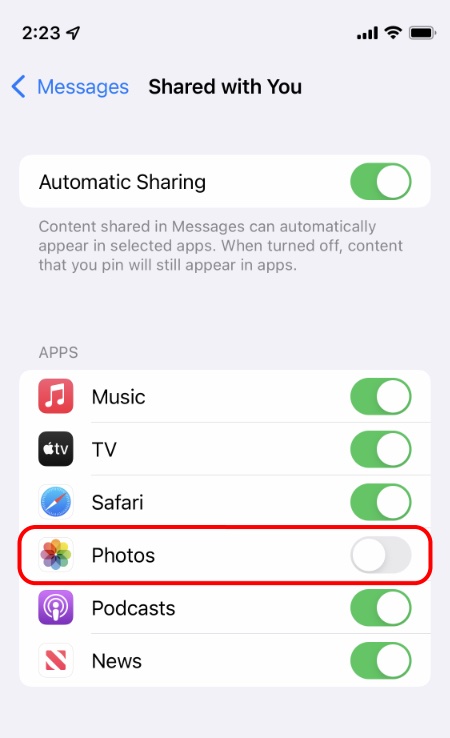 Whenever someone shares anything with you in Messages, it will never ever appear in the Photos app on its own. You have to manually save it just like how we used to do it before yesterday.

Personally, I'll just leave this feature turned on. I just don't like going through so many photos and saving them one at a time. I just want them to appear like magic in my Photos app. If you're not on the same boat as me, that's perfectly fine.