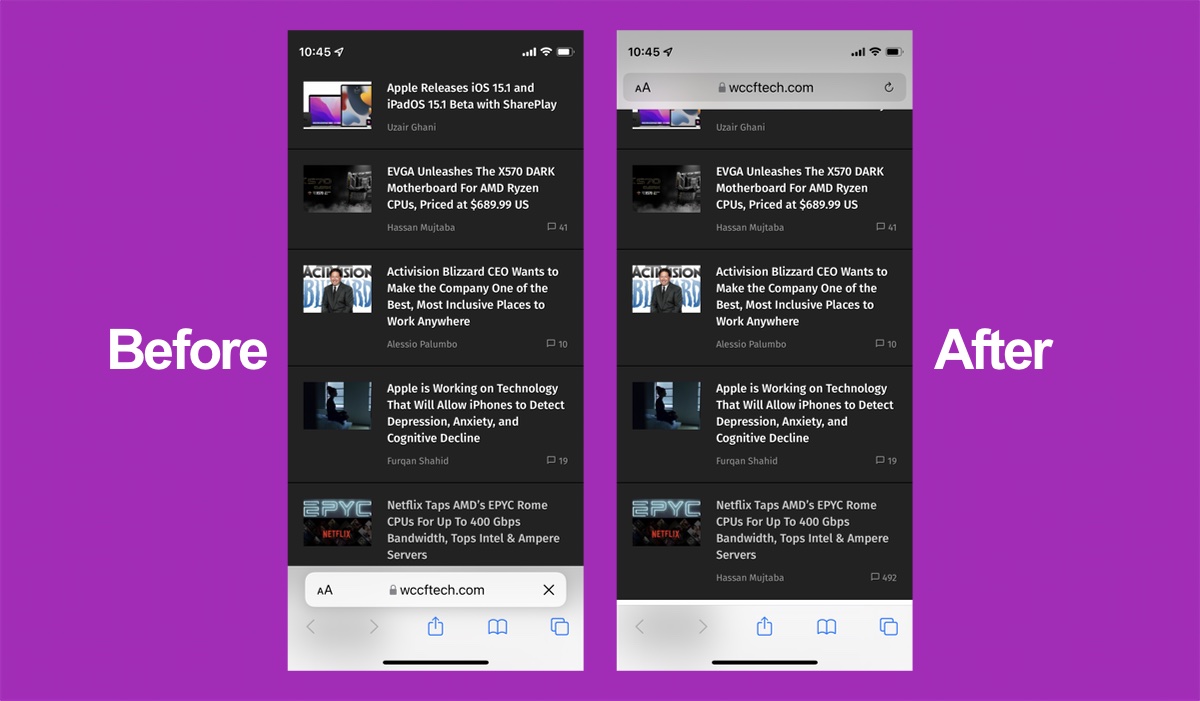 We will show you how you can move the Safari address bar to the top on iPhone running the latest iOS 15 software update.

Don't Like the New Safari Address Bar at the Bottom in iOS 15? Move it Back up with a Few Simple Steps

Apple made some weird and wonderful changes throughout iOS and iPadOS this time around. On iPhone, they moved the Safari address bar to the bottom of the display which really caused an outcry among those testing out the software. Interestingly, Apple listened to the feedback and added a toggle switch which allows you to move the Safari address bar back to the top.

If you just installed iOS 15 and do not like the new address bar at the bottom, then you can send it right back up. Pick up that iPhone of yours and we will walk you through it all.

Step 1. Launch the Settings app on your iPhone.

Step 2. Scroll down and you should see an entry called Safari. Tap to open it up.

Step 3. Scroll down until you see the Tabs section. Tap on the Single Tab option as shown in the screenshot below.

Launch Safari back again on your iPhone and you'll see that your address back has moved back to the top, just like how it was before Monday.

While some may find the change to be drastic, but for those who do not like reaching for stuff, especially if you have a bigger iPhone like the iPhone Pro Max, then the bar at the bottom makes more sense. Also, with the bar at the bottom, you can swipe through tabs without even going into the tab view section, which is simply awesome.

At the end of the day it is entirely your choice which method you like best. And we are extremely thankful that Apple has given us a choice here, rather than slapping the bottom address bar on everyone's face.

We hope you found this tutorial useful. For more how-tos and guides, head over to this link.