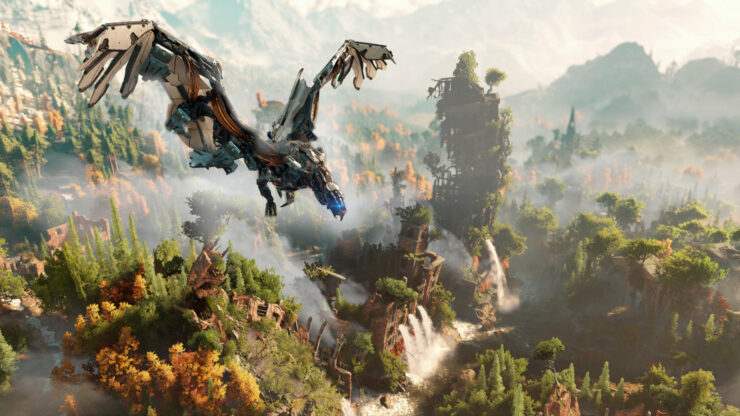 Horizon Zero Dawn, the third person open world title currently in development by Guerrilla Games exclusively for PlayStation 4, has been announced last year, but PS4 owners started getting excited for it only a few weeks ago, as new gameplay footage has been shown during the E3 2016 earlier this month. A few hours ago, more gameplay footage has emerged online, showcasing even more exciting open world action.

The new Horizon Zero Dawn gameplay footage has been shown in a recent Nico Nico stream, which has been made available on YouTube by user Sasamune game. For this reason, the quality is far from being the best, but it's decent enough to understand what's going on clearly. You can check out Aloy in action as she deals with fearsome machines right below.

Last week, additional Horizon Zero Dawn details have emerged online thanks to game director Mathijs de Jonge, who hinted that there might be acquatic machines, that machines can be hacked to use them as mounts or to make them switch factions and more. Mathijs de Jonge also talked about weapons, including some heavy weapons that can be retrieved from machines, Tribe and region based outfits, a skill tree and much more. Being an open world game, Horizon Zero Dawn will give players plenty of freedom, and Guerrilla Games is making sure to offer players as many gameplay choices as possible.

Horizon Zero Dawn launches on PlayStation 4 in late February in all regions. We will keep you updated on the game as soon as more comes in on it, so stay tuned for all the latest news.