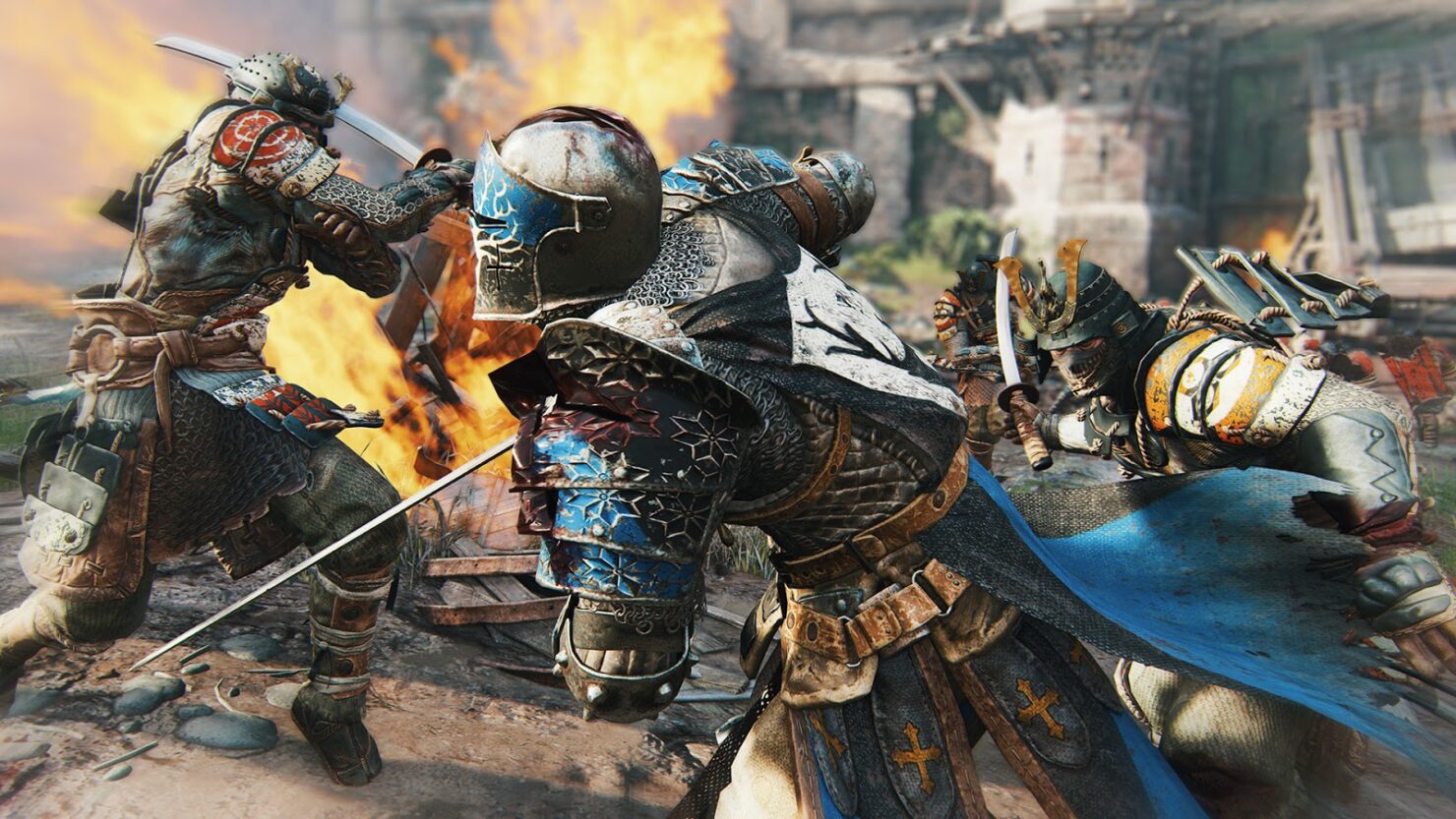 It's all fun and games until flaming arrows hit the battlefield. Ubisoft released a CGI For Honor trailer which puts you in the middle of an epic battle between Knights, Samurai, and Vikings. Ubisoft also announced some details regarding the open beta coming to consoles and PC later this week.

The video entitled 'In the Battle' puts you dead center in a three-way battle between For Honor's major factions. The motion-captured 360-degree battle lets you look at a bunch of small skirmishes that get interrupted by a volley of flaming arrows and stones from a trebuchet. The utter chaos on the battlefield in this video isn't quite the same in the game but still looks pretty good.

In other news, Ubisoft announced that players can start pre-loading For Honor open beta on consoles and PC in preparation for when it goes live from February 9th - February 12th.

Ubisoft ran a bclosed beta back in January which introduced the Dominion, Brawl, and Duel modes. These modes are returning for this week's beta along with the new Elimination mode, a best of five rounds four-versus-four match with no respawns.

At launch, For Honor is due to have 12 playable fully customizable fighters, single-player campaign, and five multiplayer modes.

This week Ubisoft and Twitch are teaming up for an event called War of the Factions Live that will show off the new Elimination mode.

For Honor comes to Xbox One, Playstation 4, and PC on February 14th. The open beta will take place later this week on February 9th to February 12th. Apparently, if you sign up for a Twitch Prime membership, you'll receive 10-day champion status that give XP boosts and a special emblem to customize your fighter.