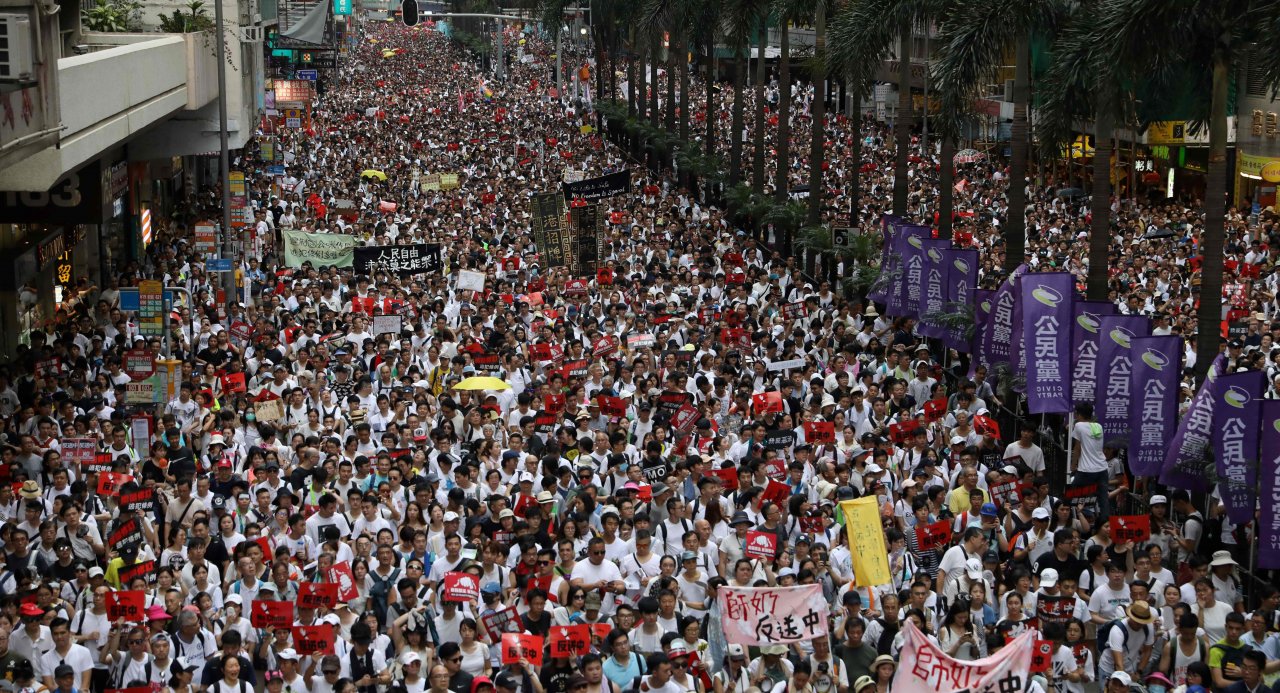 On Sunday, June 9th, Hong Kongers took to the streets to protest a proposed extradition law that would provide the legal framework for residents of the autonomous city to be sent to China. Organizers say that this is the largest protest Hong Kong has ever seen, with approximately one million people -- in a city of 7.3 million -- hitting the streets to voice their concerns that this law would provide a slippery slope to legitimize abductions of activists and Beijing’s political opponents that reside in the City.

The proposed law was originally drafted in response to a gruesome murder where a Hong Konger killed his pregnant girlfriend while in Taipei. The killer eventually fled back to Hong Kong, though Hong Kong authorities were not able to press charges and prosecute him due to the lack of a legal framework with their Taiwanese counterparts; likewise, police in Taiwan were not able to request his return to prosecute him in Taipei.

This is an amazing time lapse of the hundreds of thousands of protesters in Hong Kong. pic.twitter.com/GlGtIwwdoq

Although most would be in agreement that crime is often borderless and some sort of legal framework would be welcome with China, and Hong Kong’s neighbours, concern has arisen about the broad and ambiguous nature of the extradition bill. Even though the bill has been watered down to exclude the originally proposed economic crimes, such as securities fraud, tax evasion, publishing false trade descriptions, or computer hacking, from the list of categories of crimes that would make one eligible for extradition, Hong Kong’s business community still has grave concerns.

The American Chamber of Commerce (AmCham) in the City has put out a press release stating that there are “too many uncertainties in fundamental sections of the proposed legislation”. AmCham’s president is quoted as saying, “[The proposed law] could have significant implications for Hong Kong’s reputation as one of the world’s most important business hubs.”

U.S. Secretary of State Mike Pompeo and his British and German counterparts have also notified Hong Kong authorities of their concerns.

A Less Than Special Region?

Nearly a third of Hong Kong’s GDP comes from the financial sector, and other businesses tertiary to it such as the legal industry and professional services. All of the world’s major banks have an office in the City; It’s home to Asia’s second largest stock exchange, and is a hub for Western media covering Asia. Given the limited land available in the City, a manufacturing industry doesn’t exist and the tech sector is only nascent.

Hong Kong is the historic home of these industries because of its legal system handed down from the British and codified into its mini-constitution called The Basic Law guaranteed by the ‘One Country, Two Systems’ policy. With this comes the rule of law -- a transparent, predictable system that promises neutral venues to arbitrate disputes.

This is the system that the financial industry needs, and is why Hong Kong is wealthy: Banks and investors aren’t going to confidently deploy capital to a region where it can be arbitrarily confiscated and the means to front a challenge is riddled with corruption. Hong Kong’s competitive bargain is simple -- exposure to China, but a familiar, Western-style administration with rules that can be trusted.

For these industries, this extradition bill is going to serve as a sort of Panopticon to govern behaviour. While specific economic crimes have been removed from the bill, the ambiguity of the language elsewhere will mean that simply the threat of being deported to China will govern behaviour. Analysts will need to think twice about writing reports critical of strategic state-owned Chinese companies; the hedge fund industry thrives on evidence backed reports pointing out companies’ flaws. Likewise, banks are going to reconsider placing key executives in Hong Kong as they wouldn’t want their people being used as pawns should their relationship with regulators in Beijing turn sour.

Hong Kong is not the only financial hub in the region governed by Western styled business-friendly rules. To its south is Singapore, which overtook it as the world’s third-leading financial center in 2016. 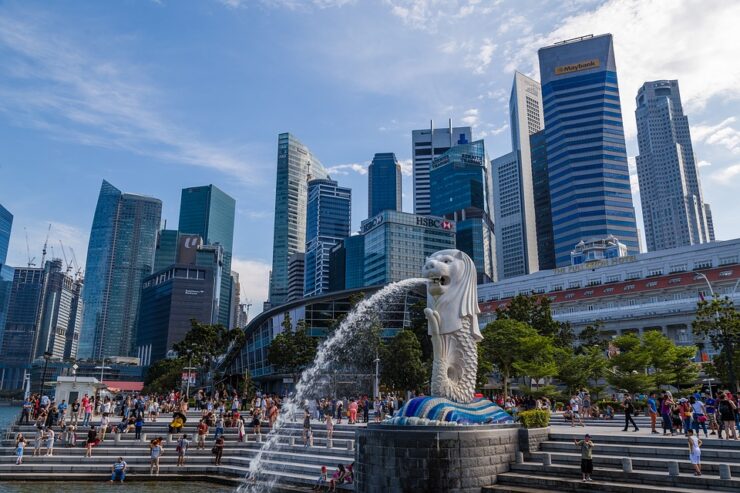 Singapore is only set to further capitalize on Hong Kong’s stumbles. Although Singapore has been criticized for its limited political freedoms, its courts are trusted to resolve commercial disputes without the looming oversight of Beijing. There is no question about Singapore’s sovereignty. Its economy is also diverse: in addition to finance, Singapore has a burgeoning precision manufacturing sector as well as a growing biotech sector. There’s less of a reliance on a single industry, and not a need to capitulate to Beijing.