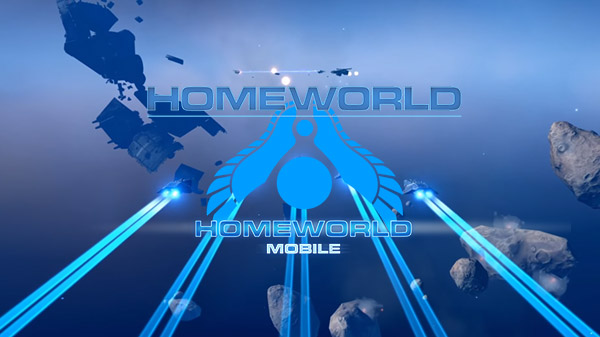 Gearbox Publishing and developer Stratosphere Games have announced Homeworld Mobile for smartphones. The mobile port comes shortly after the release of Homeworld 3, which is the sequel to the original Homeworld game. It is developed by Blackbird Interactive, founded by original Homeworld Art Director Rob Cunningham takes the helm on development. Homeworld 3 picks up the story from where its predecessor left off. Here's a trailer of the Homeworld Mobile

Homeworld is a classic RTS series that first released in 1999 by Relic Entertainment. It stood out at its time due to 3D graphics and large scale battles across 16 single player. A standalone expansion, Homeworld: Emergence was released in 2000 and then re-released again, in 2003 by Relic Entertainment. Homeworld 2 featured much more differentiated ships by faction and brought back the larger scale fleet battles as well. It continued the story of the previous games with 15 missions and had a strong multiplayer offering.

In 2013, Gearbox bought the rights to Homeworld and began working on a remaster for Homeworld and Homeworld 2 for modern PCs, which would be released in 2015, and included classic and updated versions of the titles. Homeworld: Cataclysm wasn’t released as part of the Homeworld Remastered Collection at the time, and it made its way to the market in 2017, where it would be released on GOG as Homeworld: Emergence. In 2016 a prequel came in the form of Blackbird Interactive’s Homeworld: Deserts of Kharak. The title deviated from Homeworld's 3D space battles but was well-received nonetheless.

You can sign up for Homeworld: Mobile at the official website here. Homeworld Mobile extends Homeworld to a new galaxy and a new platform.