Homeworld: Deserts of Kharak Announced, Departs From the Usual Setting

Gearbox Software is doing more than just remastering the Homeworld series. They've announced a a prequel of the Homeworld franchise in partnership with Blackbird Interactive. 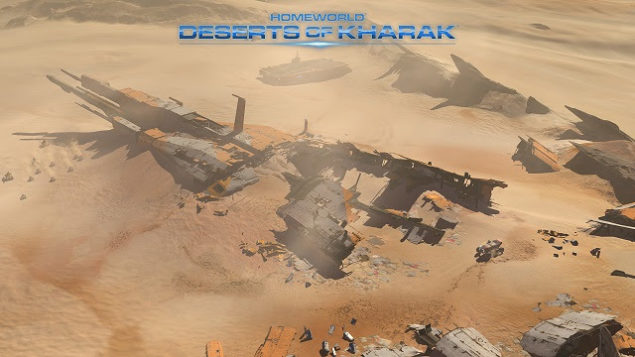 Homeworld: Deserts of Kharak is a complete revival of a franchise.

Deserts of Kharak might seem to be an anomoly because it forgoes the traditional space-based environment, but that's by design. You are now on the very planet that you've escaped from in the first and second installment.

In this, the planet is obviously dying, and it's up to you to explore deep within enemy territory to investigate what might be the only hope of your world. The entire planets salvation depends upon you and your team discovering and studying an anomaly in the desert.

This game is only a departure in setting, and not in the overarching narrative told through clever RTS elements. You have to fight to survive, taking control of massive amounts of land and air units to help you with your search, against impossible odds. It woudn't be Homeworld if there weren't insurmountable odds preventing your from victory.

Just as you'd expect, the landscape will be massive as well, though perhaps less so than the vastness of space. But you'll encounter a variety of terrain that can be used to the advantage of forward thinking tactical leaders. Resource and fleet management will be integral to your success, as will technology research. Multiplayer will make it's way into Deserts of Kharak, with both competitive and cooperative play options.

Homeworld: Deserts of Kharak is set to arrive January of 2016 on the PC.