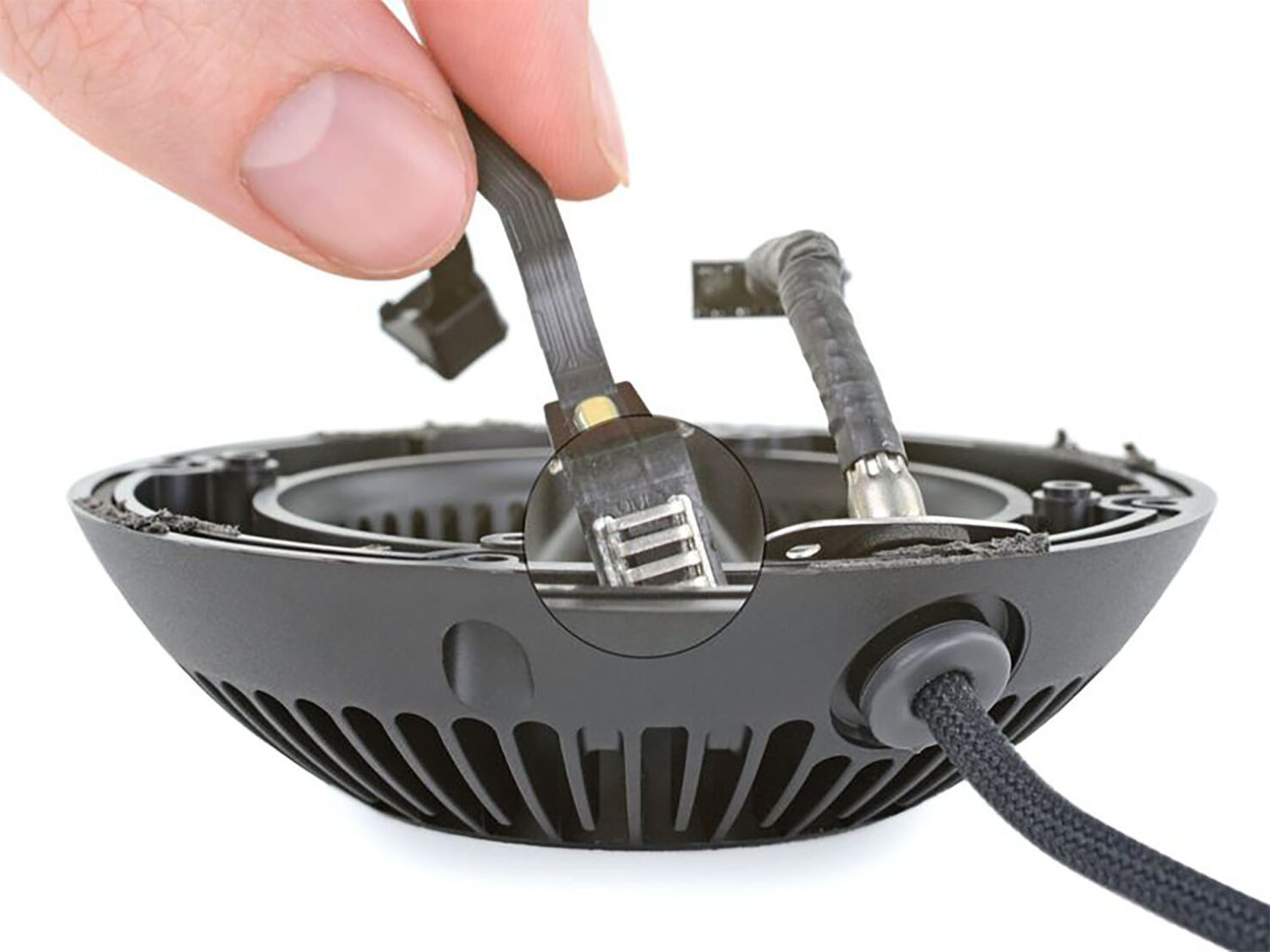 In October 2020, Apple introduced the HomePod mini, the $99 smart speaker that came in at a much smaller size than the original HomePod but shipped with improved features like advanced acoustics and Siri improvements. However, one feature that was not discussed by Apple during its online presentation was a temperature and humidity sensor present in the HomePod mini. Unfortunately, the sensor cannot measure environmental metrics since it is disabled through software, but its presence in a $99 smart speaker may have some positive outcomes.

The hidden sensor was located by iFixit after an inquiry from Bloomberg, who discovered the hardware addition in the HomePod mini. Measuring 1.5 x 1.5mm, the temperature and humidity sensor is present at the bottom edge of the plastic case, where the braided power cable is present. It is made by Texas Instruments and is called the following.

According to Bloomberg’s report, the sensor can be used to determine a room’s temperature and humidity levels, allowing thermostats connected to the internet to adjust the temperatures in different parts of the room. The report also states that the HomePod mini could also switch off the fans based on the temperature of the surroundings.

While it is impressive to see such technology crammed in a portable smart speaker, it is unclear if Apple will enable the sensor. Even in the past, Apple has launched products with hidden sensors like the one present in the HomePod mini, but for some reason, it is not activated here. For example, Bluetooth support for the 2008 iPod touch was disabled, despite the device sporting the required hardware. The feature was then enabled via a software update.

We will cross our fingers for Apple to enable the temperature and humidity sensor on the HomePod mini, and if the company does not, then perhaps its successor will ship with similar but software-enabled hardware, so let us keep our fingers crossed and what the company has planned for the future.