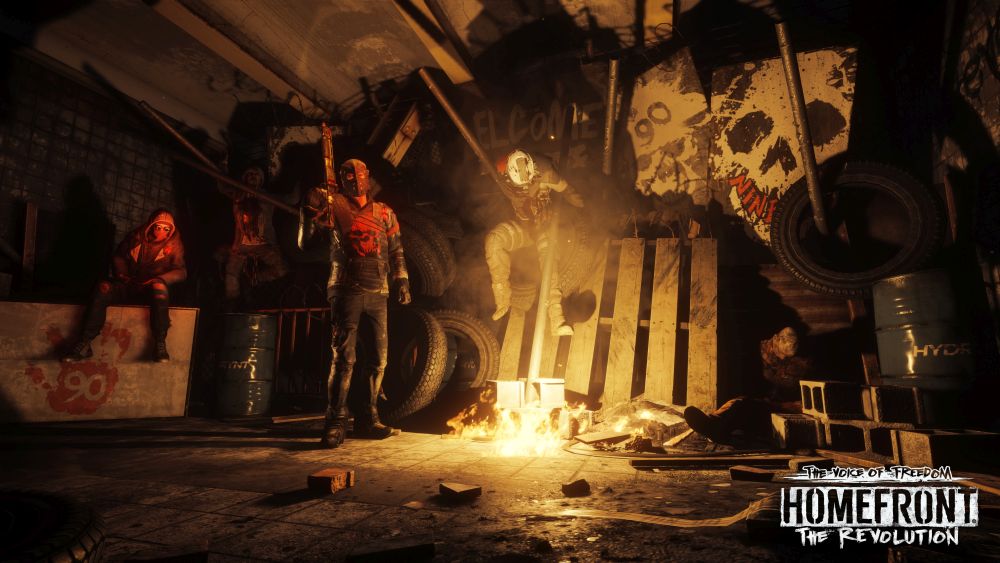 Homefront The Revolution, the first person shooter game developed by Dambuster Studios, has been released earlier this year on PC and consoles, but its launch wasn't exactly smooth, as the game suffered from a variety of issues that prevented many from enjoying the game. The team, however, worked hard to fix most of the technical issues plaguing the game, and also managed to work on additional content.

The team recently announced that the first DLC for the game, called The Voice of Freedom, would be coming later this week on all formats and we can already confirm that it is now available for download for the PC version of the game. A few screenshots have also been made available, and you can check them out right below.

On a related note, Homefront The Revolution also received a new patch  2.4 GB big patch on PC, which includes a fix for save game crashes, menu options to customize HUD elements and more.

As already mentioned, Homefront The Revolution suffered from a variety of technical issues at launch. Reports on the game's issues started emerging online before release, with a few users reporting problems such as bad performance on PlayStation 4, screen tearing, crashes and more.

Homefront The Revolution is now available in all regions on PC, PlayStation 4 and Xbox One. We will let you know when the DLC launches on all formats as soon as more comes in on the matter, so stay tuned for all the latest news.