Hitman has been recently delayed into March 2016 from its original December date, but now we know the exact day it will become available. The new Hitman release date is set for March 11, 2016 on PC, PlayStation 4 and Xbox One, and today Square Enix and IO Interactive also detailed their content roadmap for the game. 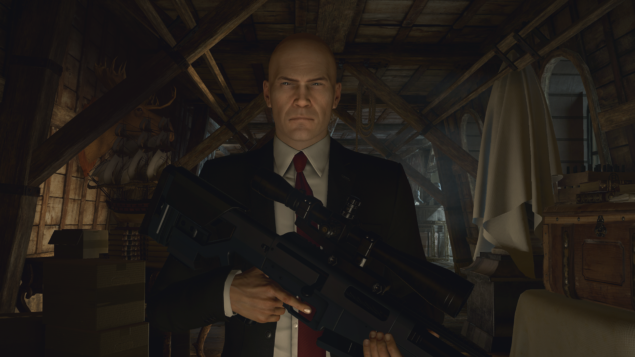 We’ve had a lot of feedback since we announced HITMAN that has helped us shape these next steps. It’s important that we listen to fans and that we’re open with what we’re doing. So today we’re sharing details on our release plan and we’re announcing something the community has asked for: a new price to enter the game at launch.

You are now able to choose different versions of Hitman. For $59.99, you'll get all the content, all the live events and guaranteed access to the Hitman beta.

However, starting from November you can also pick the Intro Pack for $34.99, which includes only the launch content and related live events/contract locations.  Obviously, there will also be an option to upgrade to get the full experience for $29.99.

Here's the complete rundown of what you're getting with Hitman, including a nice infographic.

Initial launch content on March 11, 2016 will include:
· Three huge sandbox locations: Paris, Sapienza and Marrakesh
· Six campaign missions with 40 unique ways to take out your main targets
· Contracts mode for all locations with around 800 potential targets
Post launch content will include:
· One new sandbox location per month in April, May and June
· Thailand in April, USA in May and Japan in June
·  Each location will come with additional missions, signature kills and more Contracts targets
· New locations will open up new weapons, tools and disguises for all locations
· Contracts mode for all locations
Live content* begins on 11 March, 2016 and will include:
·Weekly live events – including targets which will appear one-time-only for limited time only
· Weekly Io-Interactive developer team created Contracts
· Monthly promoted best community created Contracts
· New items such as weapons and disguises 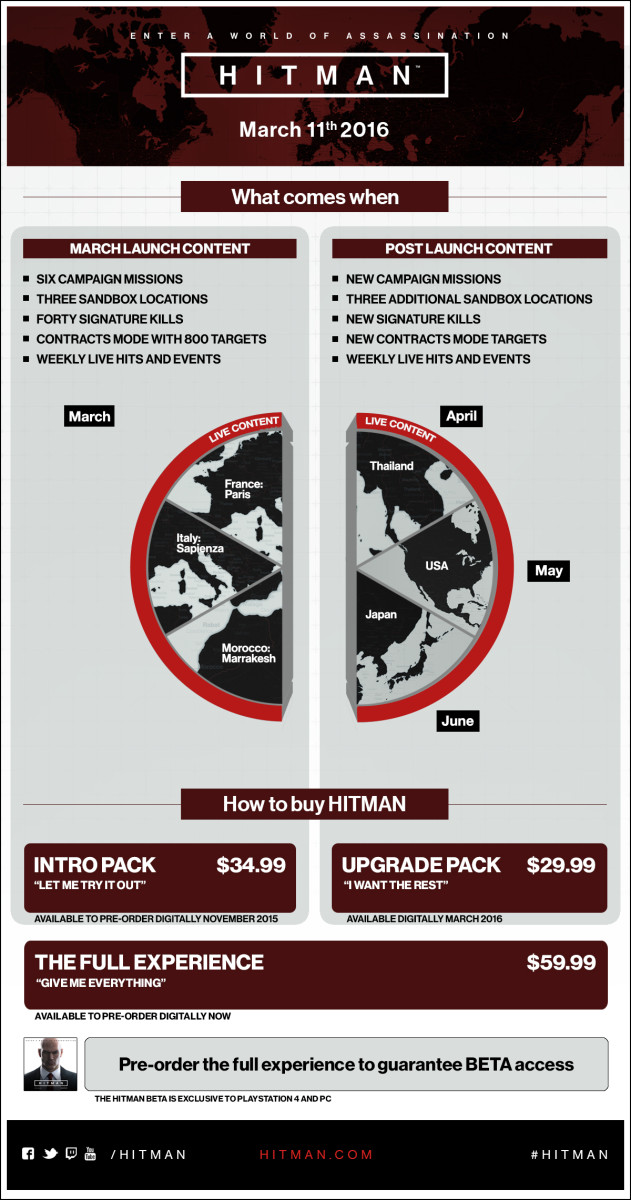 What do you think of these changes, and which version do you intend to buy, if any? Tell us in the comments. Also, here's a look at the Show Stopper mission from the presentation at EGX 2015.