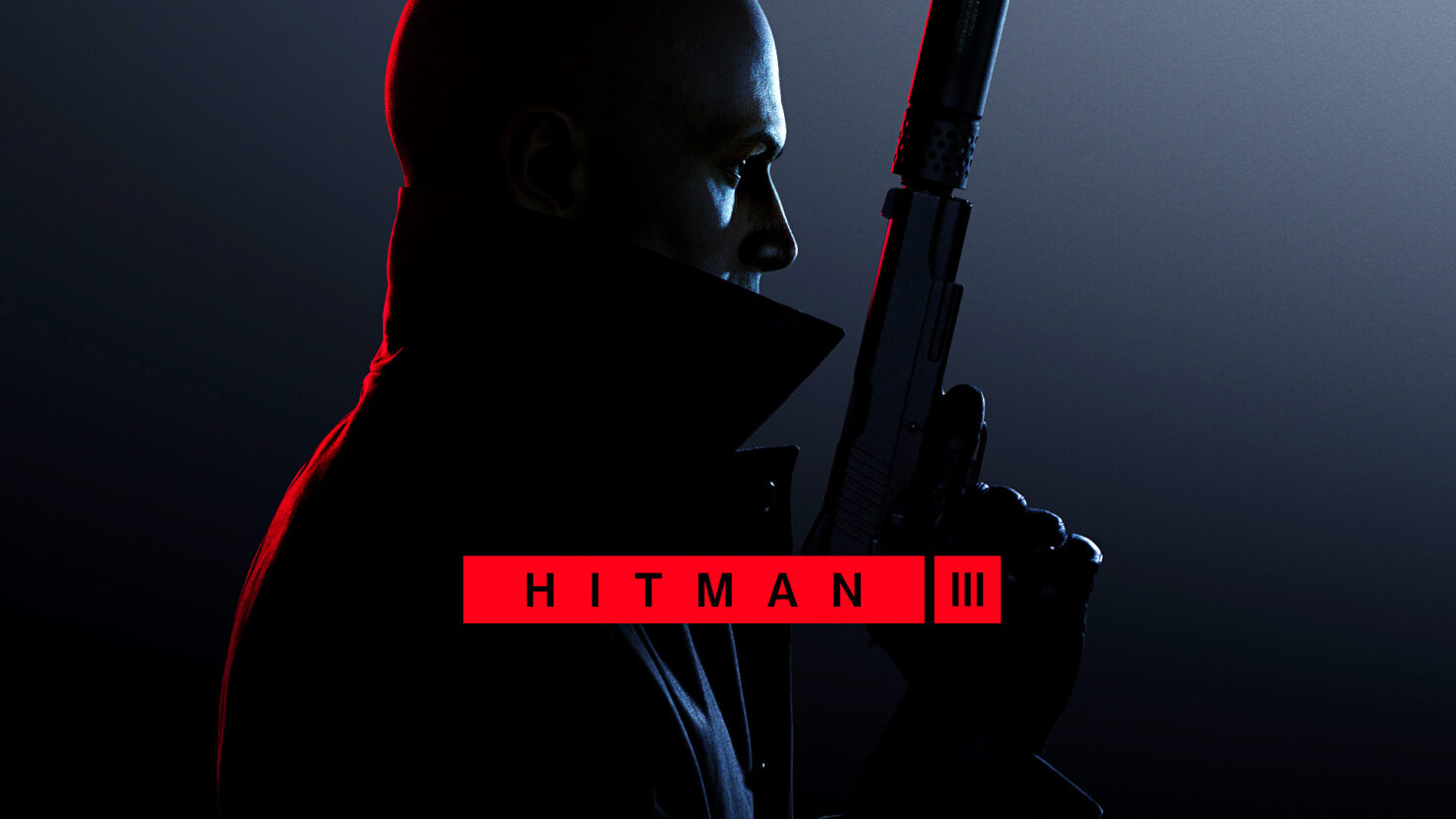 There are many tools of the trade for assassins: sniper rifles, garrotes, chandeliers, bars of soap and let's not forget unicorn horns. But one of the rarer implements of killing, poison, is just as viable as the much more standard tanto or cannonball.

There are three types of poison in Hitman 3: emetic, sedative, and lethal. The first will make the victim sick, often running to the privacy of a bathroom to do so. The second will send the victim to sleep, which can be useful to get around guards, especially if you can get it into the ventilation system. But it is the final one we are most interested in for this guide. Using lethal poison on the target will kill them where they stand, and one of the stops along the way to completing the versatile assassin challenge on each map.

The easiest and most common way to poison your target is to lace their food or drink and wait for them to consume it. But that isn’t always easy, as you’ll have to find each drink is the correct, and more importantly, find some lethal poison to use on them too. While you can unlock poison in your starting gear once you've started mastering the levels, the opportunity to eliminate your targets with lethal poison is available at each level before you can bring your own.

This guide tells you exactly where to find the poison and which drink to spike on each of Hitman 3’s six levels. Beware of minor spoilers if you want to go into each level totally blind. 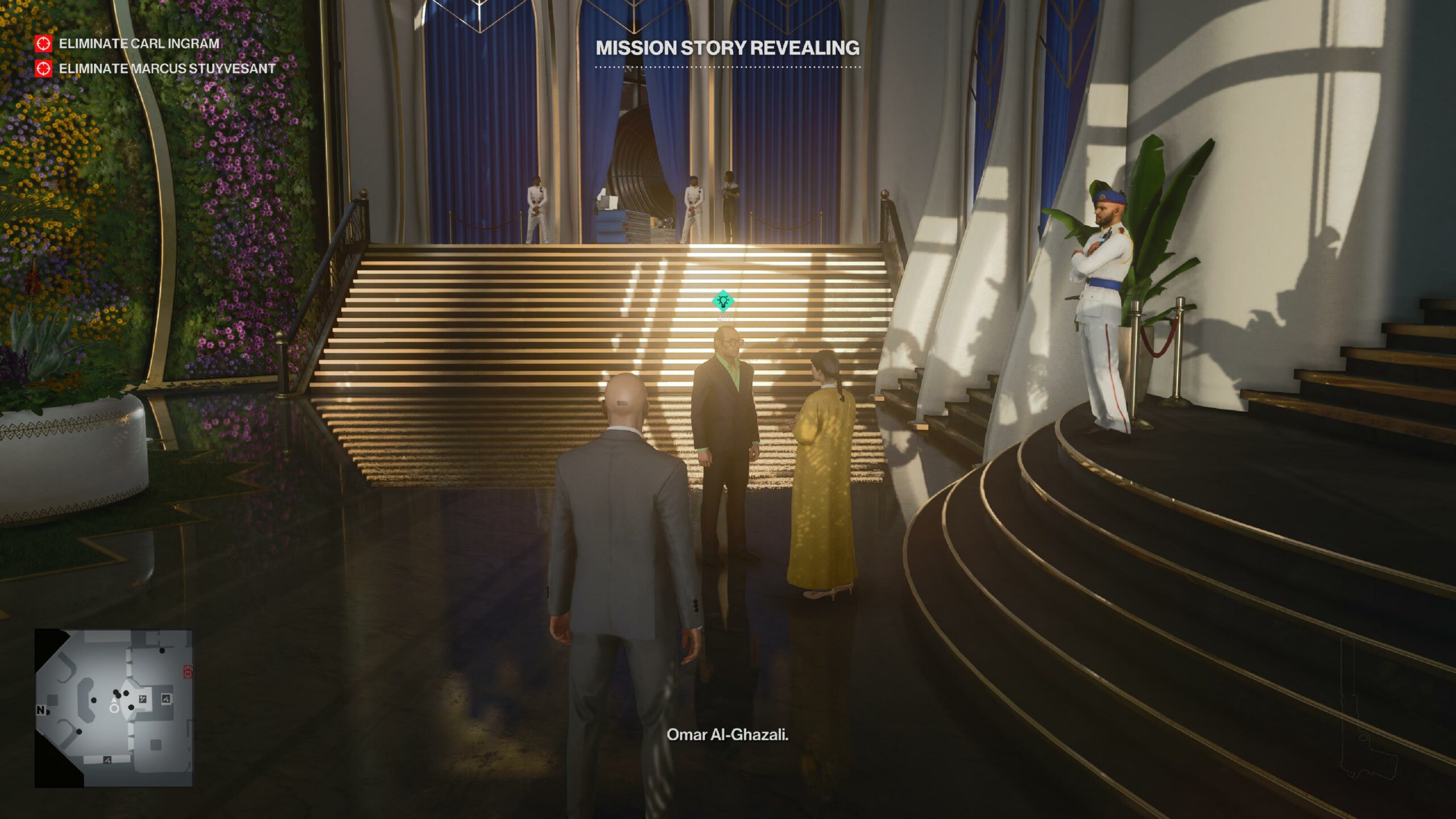 Go from the Atrium and you’ll find The Vulture, an assassin with a load of tools who doesn’t want to get frisked. Follow him to the Garden and you can lure him in a private spot with a distraction screen to the left where you can relieve him of his poison, and his outfit if you want to complete the Bird of Prey mission story.

Where to use the poison in Dubai 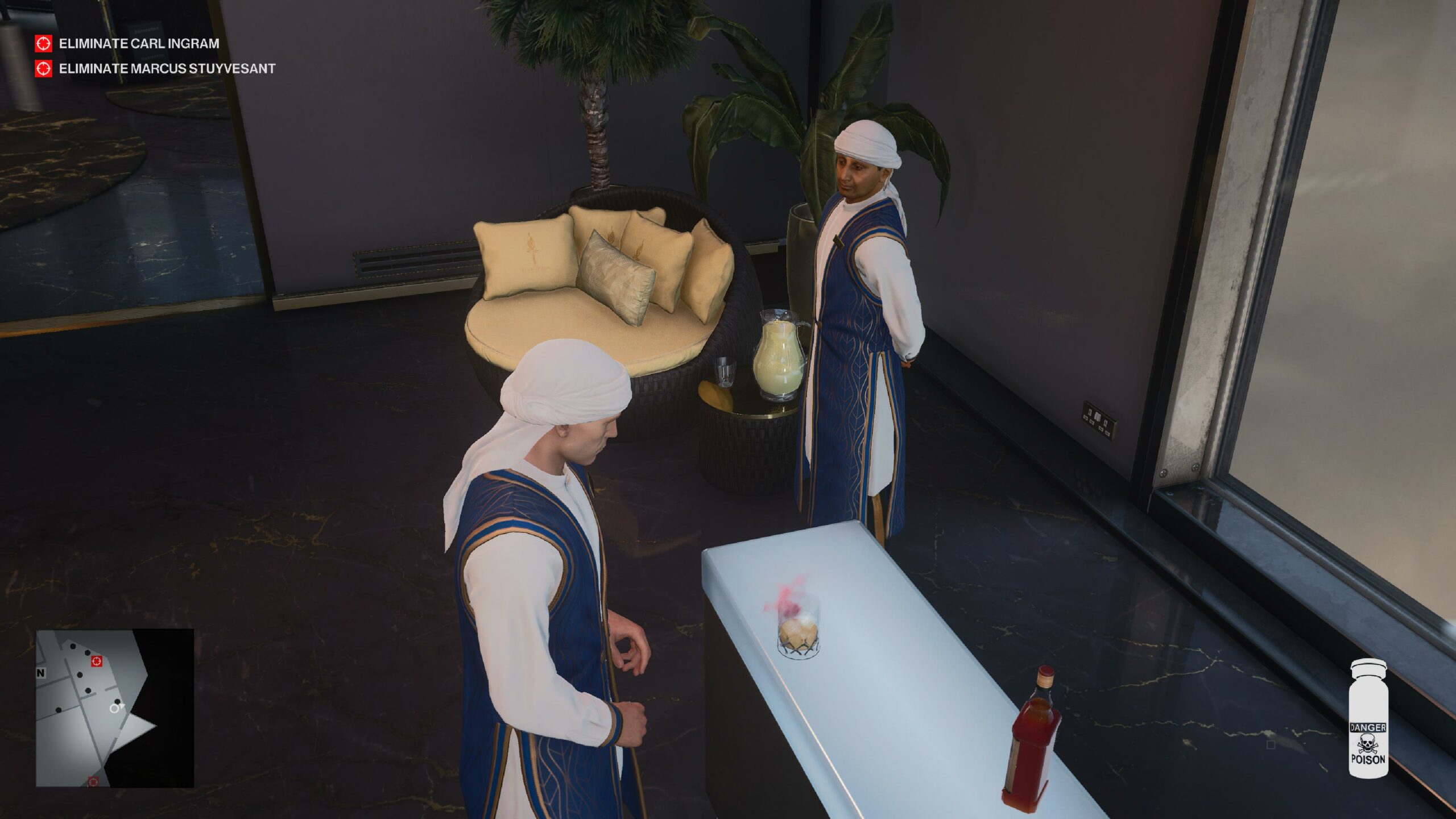 Make your way by whatever means necessary to the penthouse at the top of the tower. From there head to the Master suite (on level 5) on the west side of the map. Go past the maid making the bed and into the next room and you’ll find a glass of Whiskey. Poison this and wait for Carl Ingram to by and take a sip. 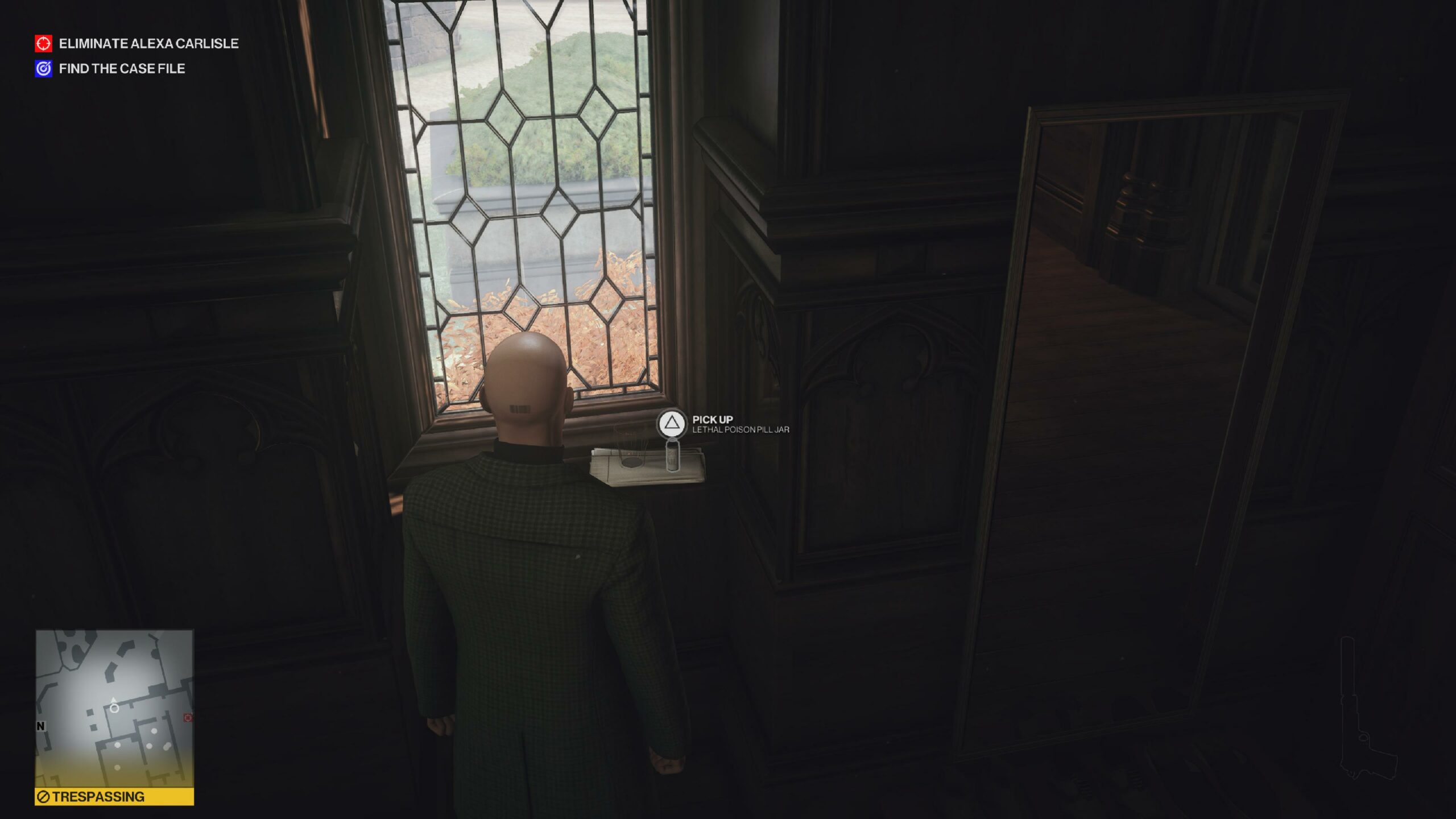 There are two locations to get lethal poison in Dartmoor. The first and easiest route to get access to Mr. Fernsbys Office in the southeast corner of the ground floor of the mansion (level 1 on the map). You’ll need a key, lockpick, or crowbar to get inside, but once you’ve made it, you can find some lethal pills on the window sill. 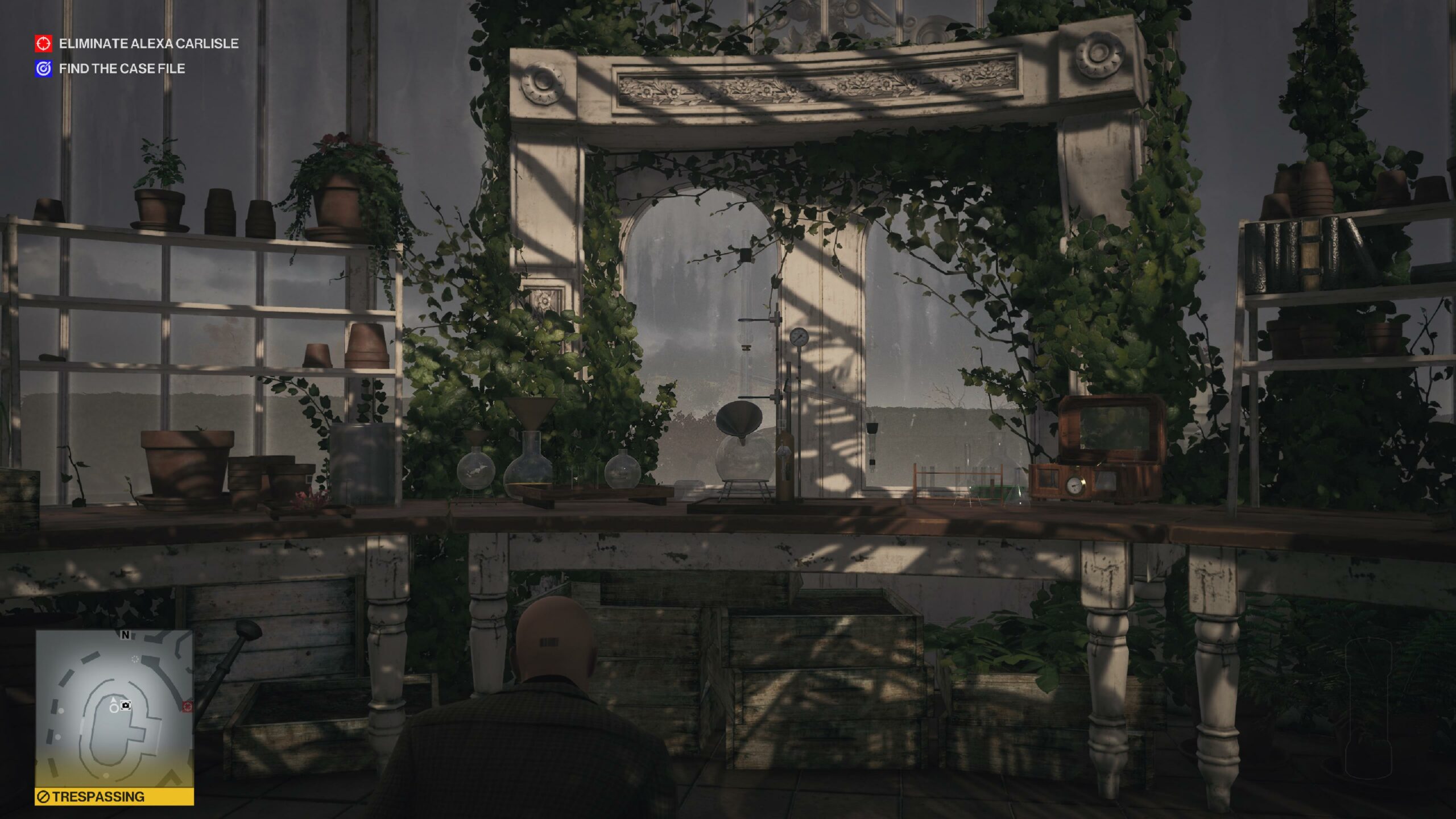 The other location to get lethal poison in Dartmoor is the greenhouse at the back of the garden (level 0) in the far north of the map. This poison is a little more complicated though, as you’ll need the key or crowbar to get through the door, and then a wrench to create the poison itself.

Where to use the lethal poison in Dartmoor 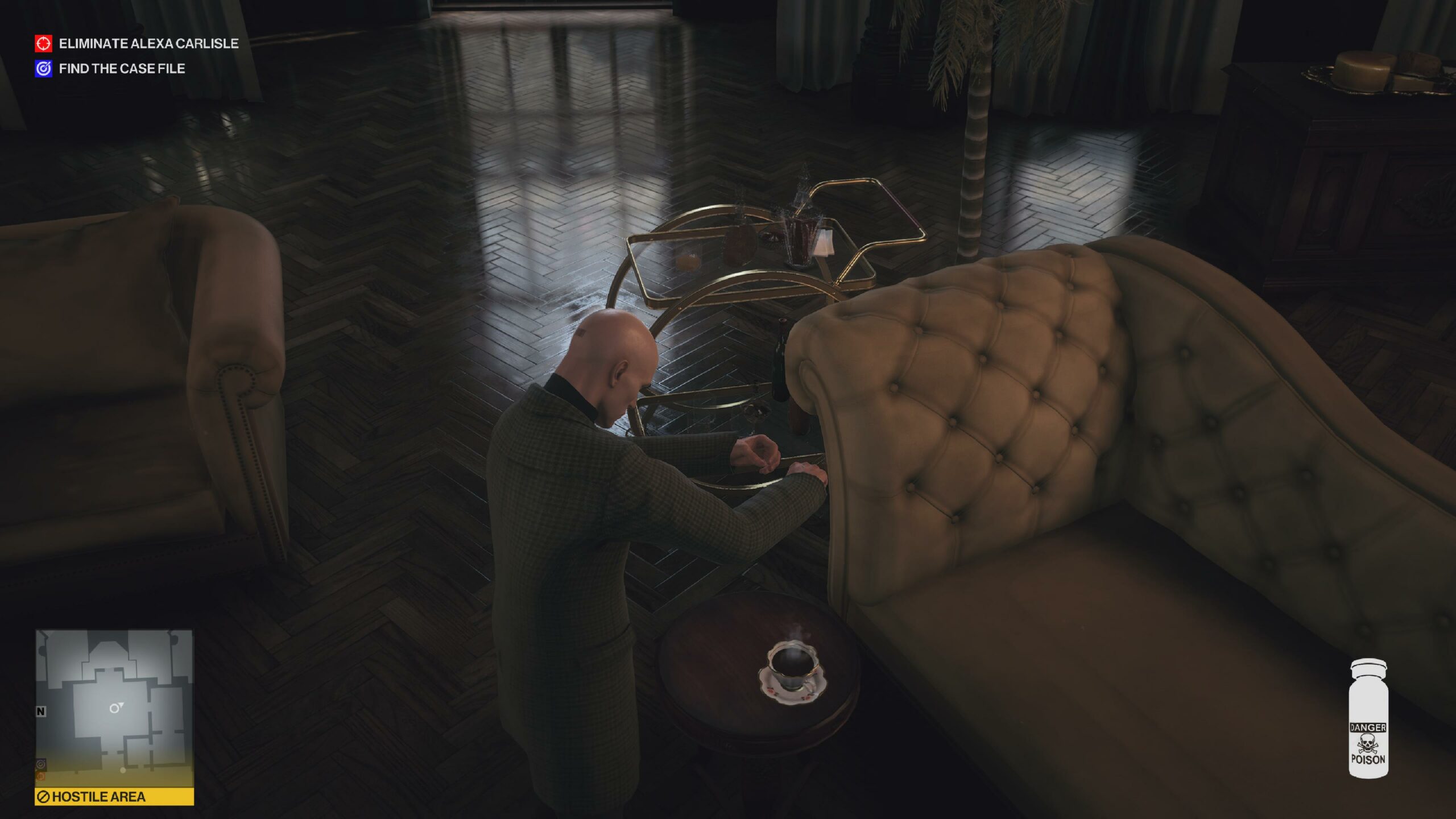 Your target, Alexa, patrols quite a large section of the map. But to poison her, you’ll need to get to her bedroom on the first floor of the mansion (level 2 on the map), in the south section of the building. Poison the teacup in the middle of the room and she’ll be dead in time for her funeral. 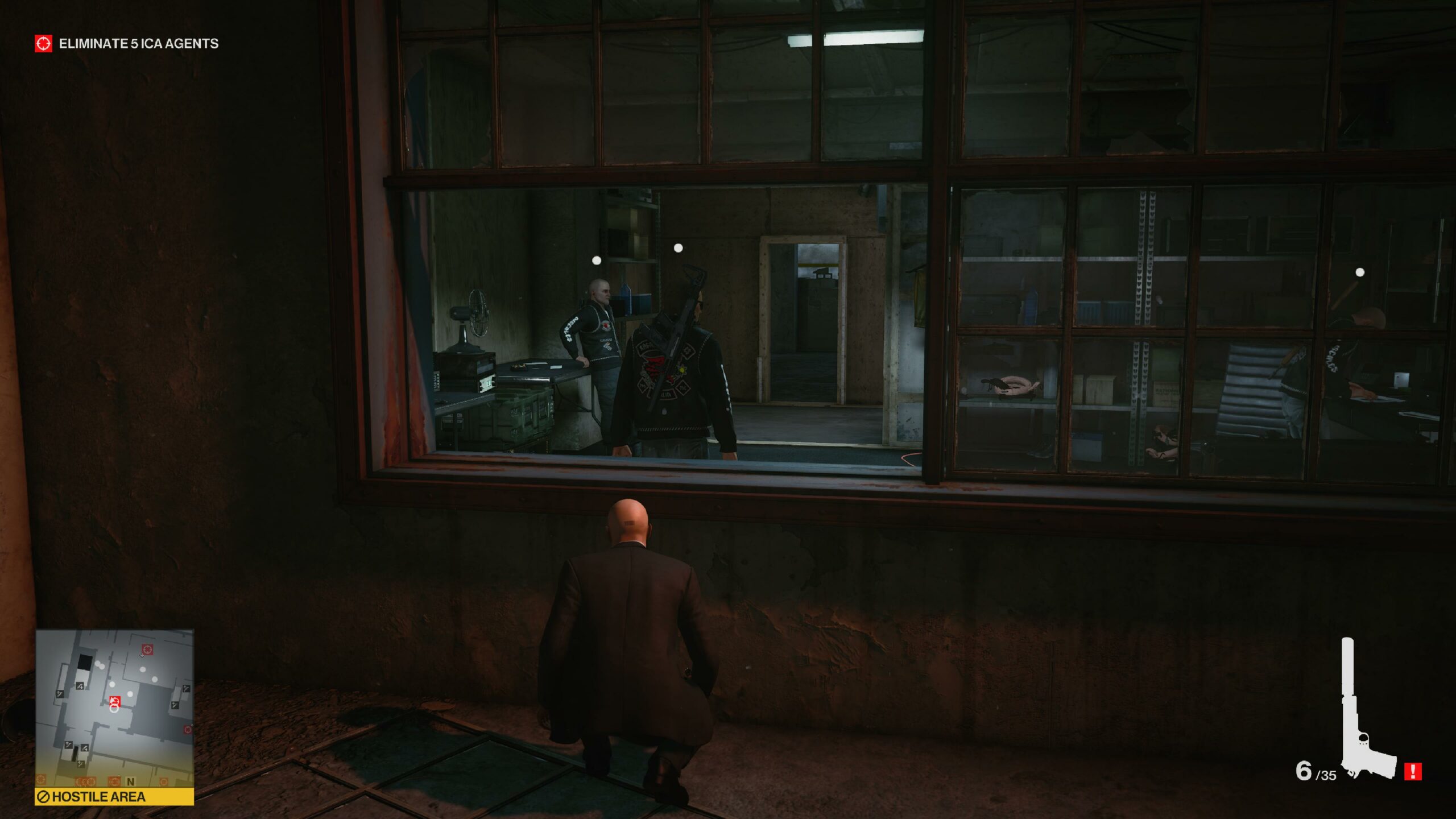 You’ve got ten targets in the Hitman 3 Berlin level, though you might not know who they all are when you start. But if you’ve completed this mission already you’ll know that each target has their own assassination kit that they’ll drop when you take them out. Agent Rhodes, who patrols around the Grow House on the first floor of the Biker Hideout (level one of the northern building on the map) is carrying lethal poison.

Where to use the lethal poison in Berlin 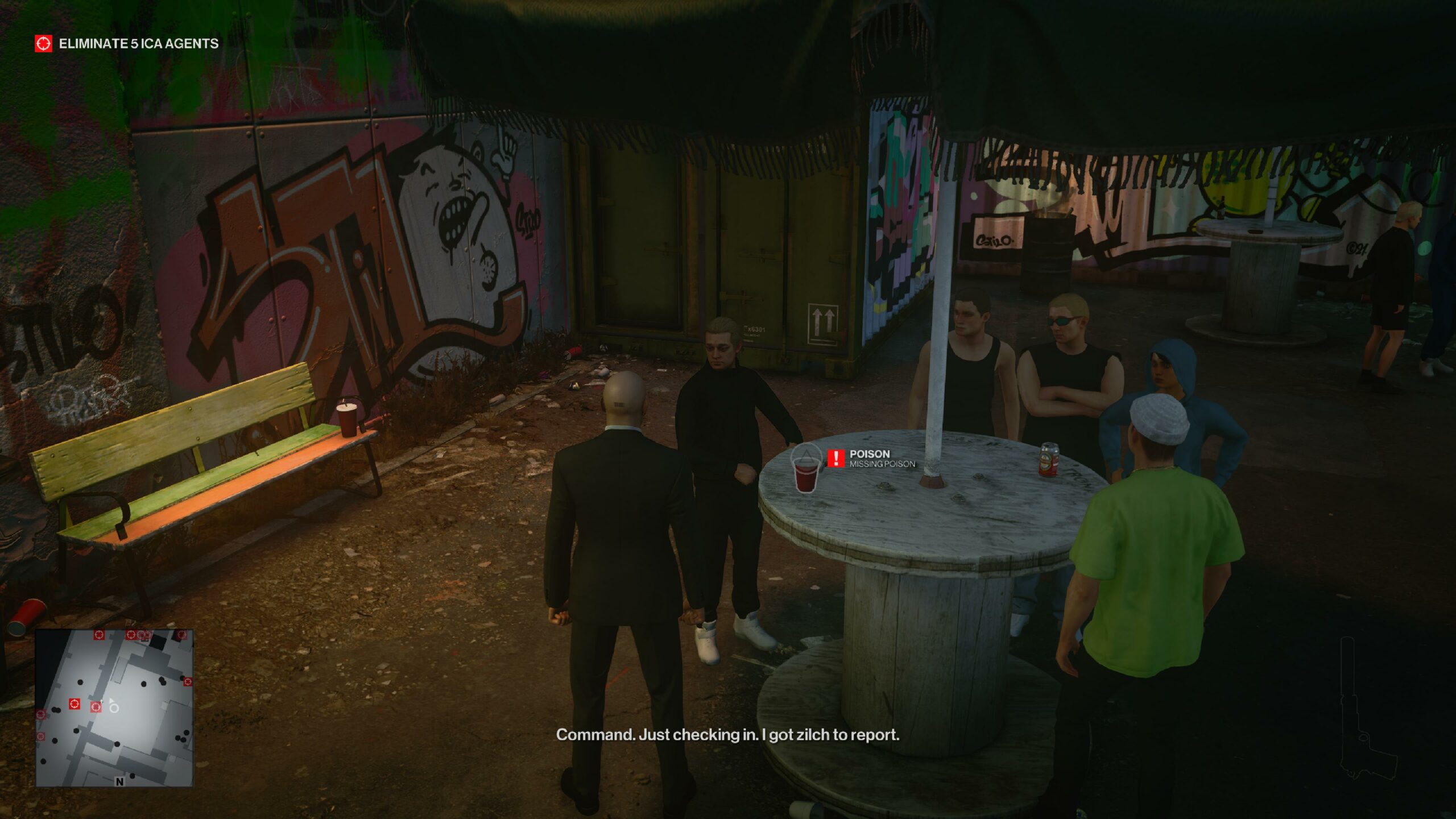 With so many targets there is plenty of opportunities to poison some drinks, but the easiest targets are Agent Davenport or Agent Swan.

Davenport can be found patrolling the ground floor of the nightclub, but occasionally heads to the Chill Out (outside and east of the club) to have a drink. Search the tables near the entrance for a cup of water and poison that to take him out when he next takes a break. 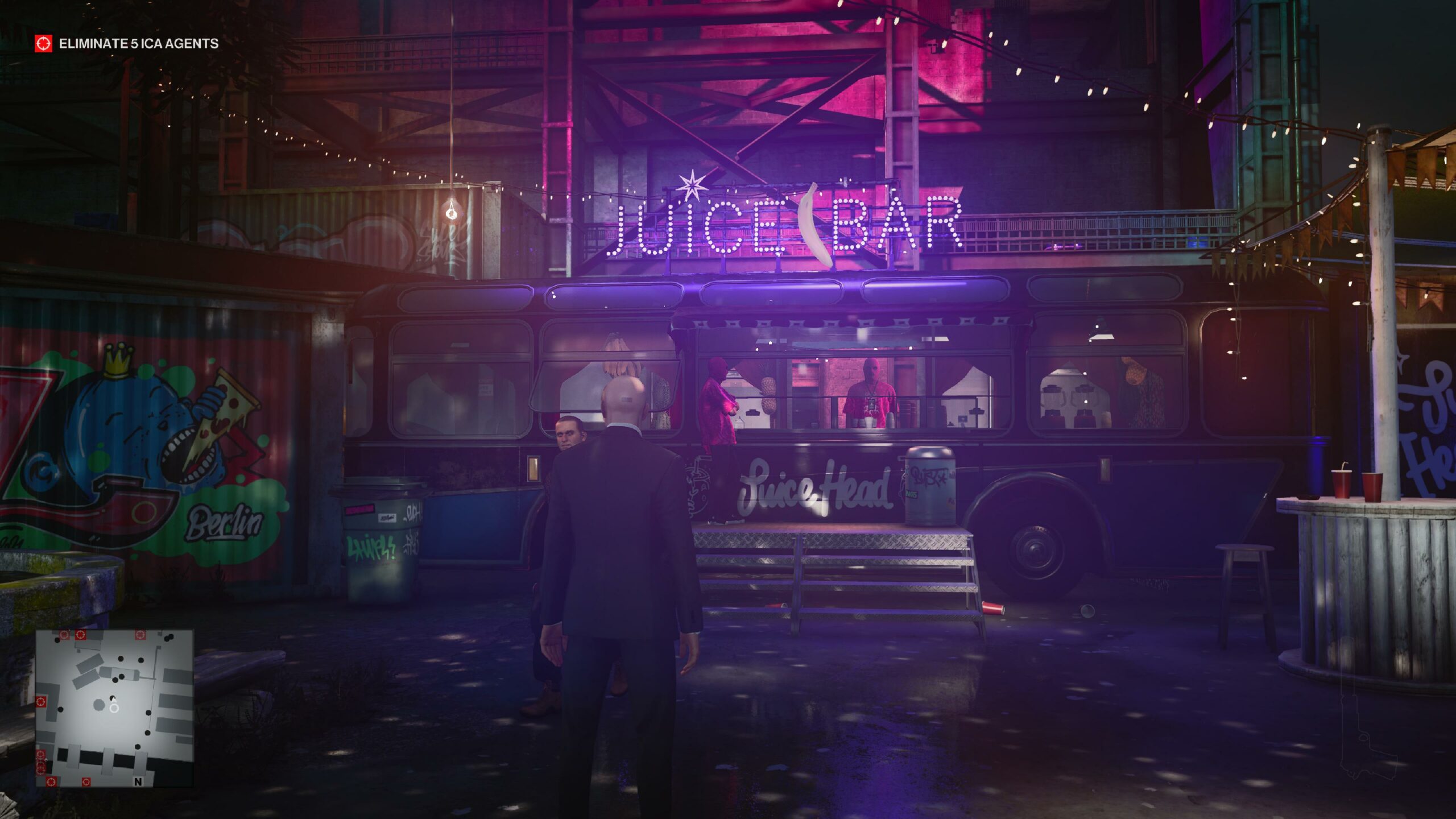 Agent Swan patrols nearby, and you can poison him instead if you’d like. Doing so is a little more tricky, although it also completes a few challenges as well. To do this you’ll need a BLANK disguise and JUICE TICKET. Once you’re in position in the Juice Bar, poison the drink and wait for him to approach. You’ll have to encourage him to drink the smoothie once he’s in range. 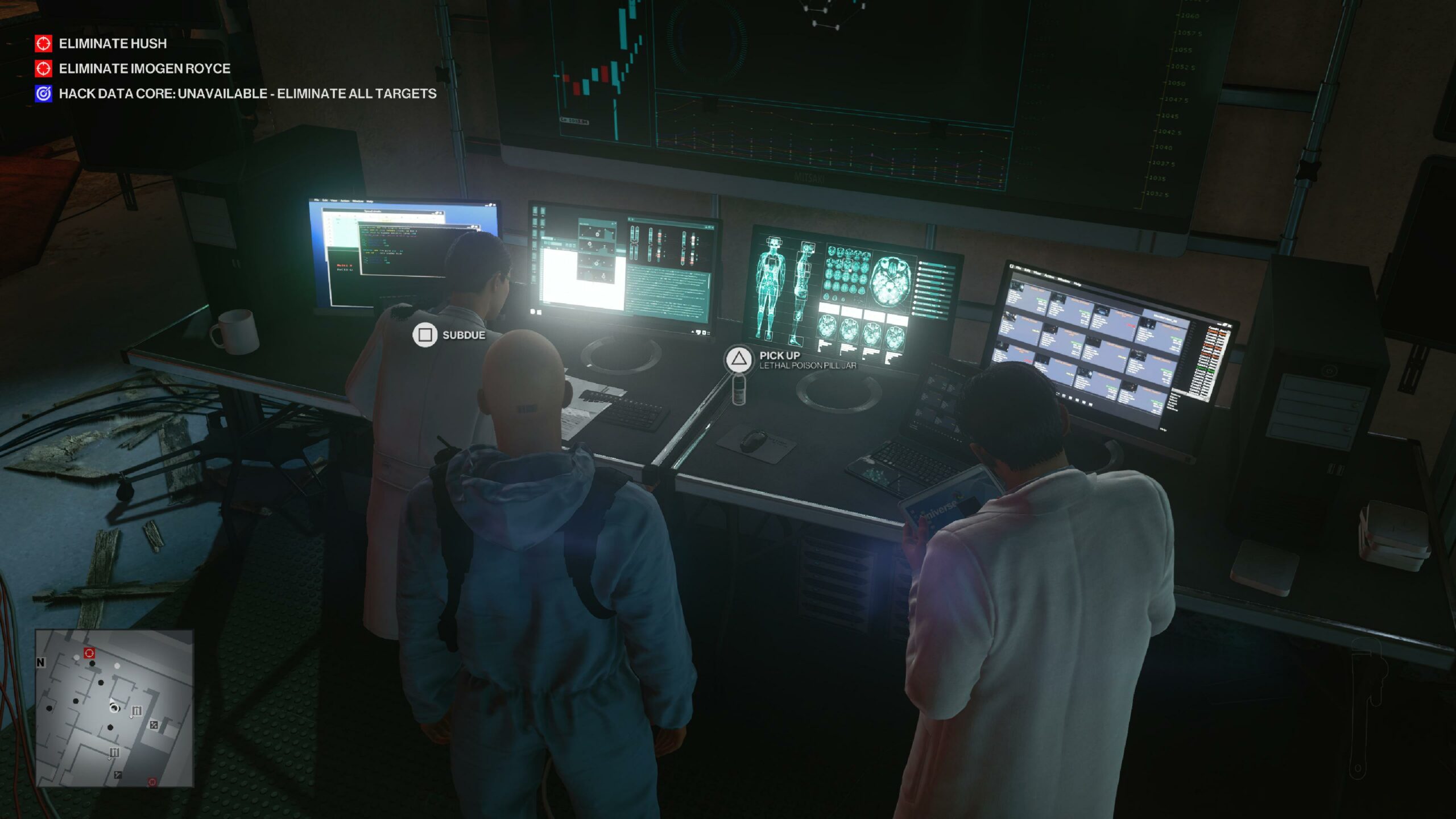 Where to use the lethal poison in Chongqing 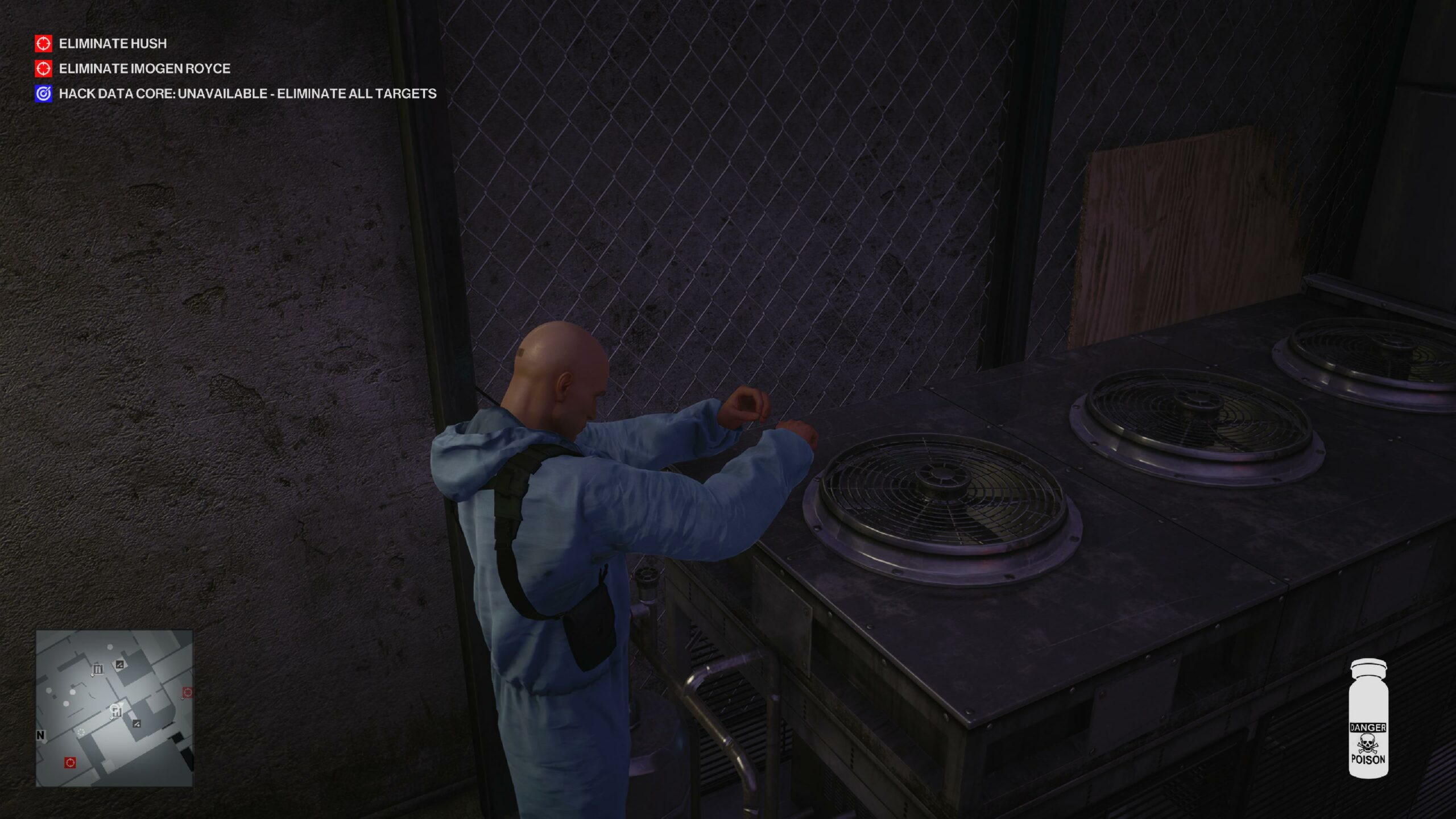 Up one floor from where you found the poison, you’ll find Hush working hard on his mind control device. Head past him to the balcony and you’ll come across a ventilation system that leads to his office. His route will lead him in there where you can deliver the fatal dose without having to touch any food. 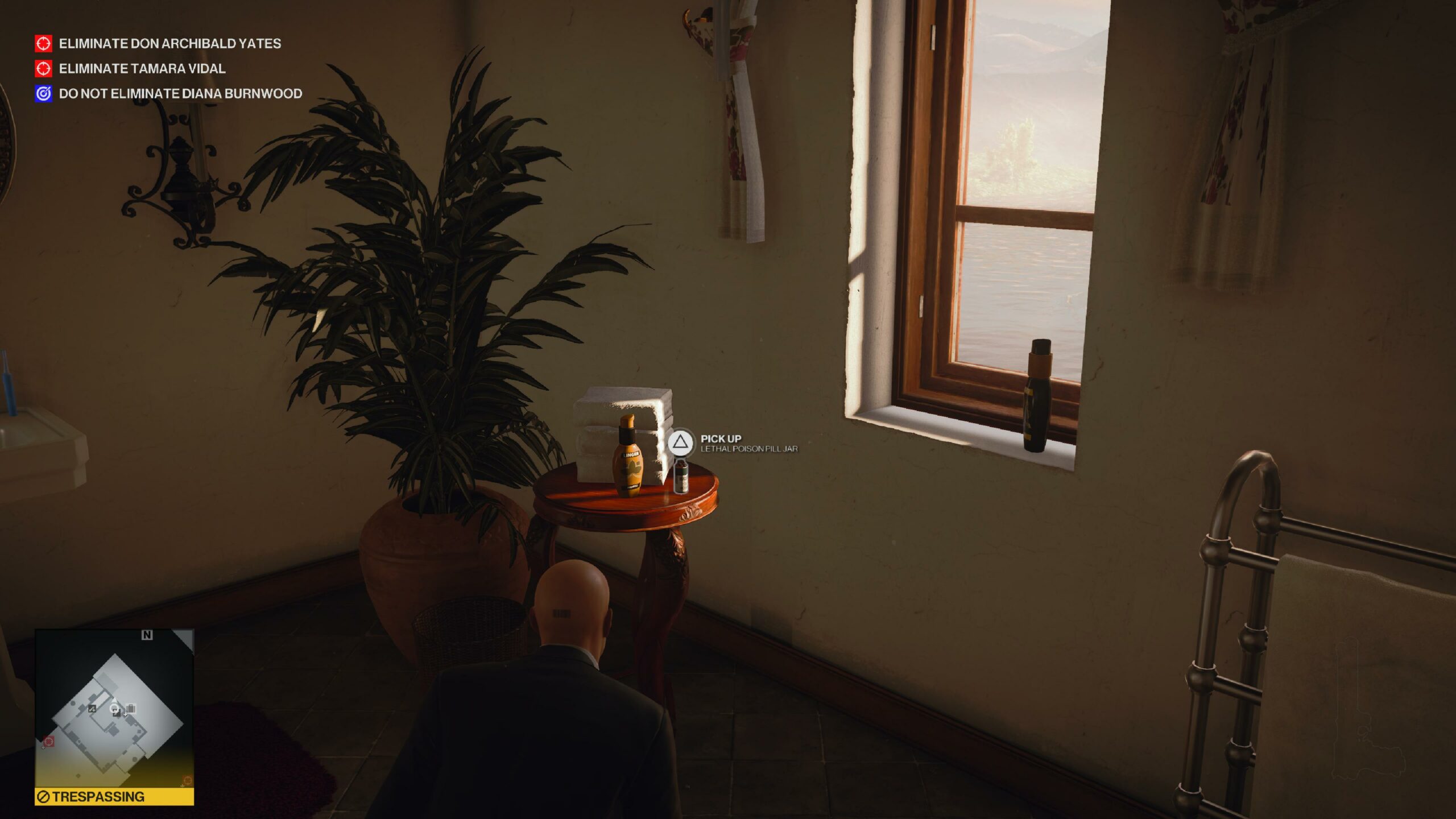 A lethal vial of poison can be found upstairs in the Villa to the edge of the map (level 3 on the map). The area is off-limits for party guests so you’ll need a disguise or some sneaking skills to get in. Once there, circle the bedroom and head into the bathroom to find the deadly dose near the window.

Where to use the lethal poison in Mendoza 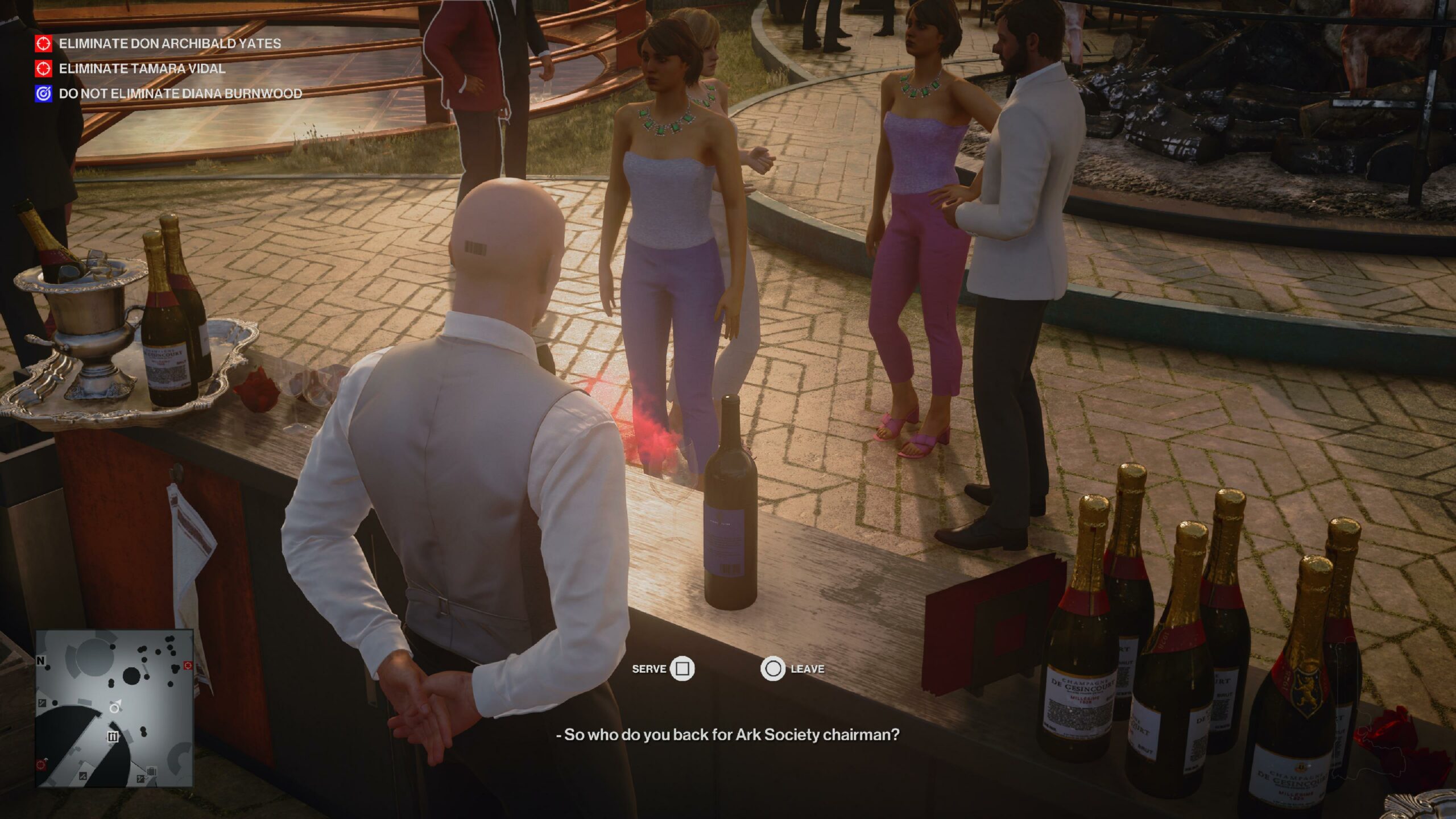 Just a few metres away, on the northern balcony, you might find a glass of wine that target Don Yates drinks from. Unfortunately, so does his wife. To avoid collateral damage, you’ll have to move to the other target, Tamara Vidal. Head to the Asado (level 3 on the map), accessible from the villa basement if you've gone there for the poison, and find yourself a waiter's outfit. Once disguised you take the place of the waiter at the doors to the basement villa. Poison the glass, and wait for Tamara to walk past, you’ll need to encourage her to take a sip though. 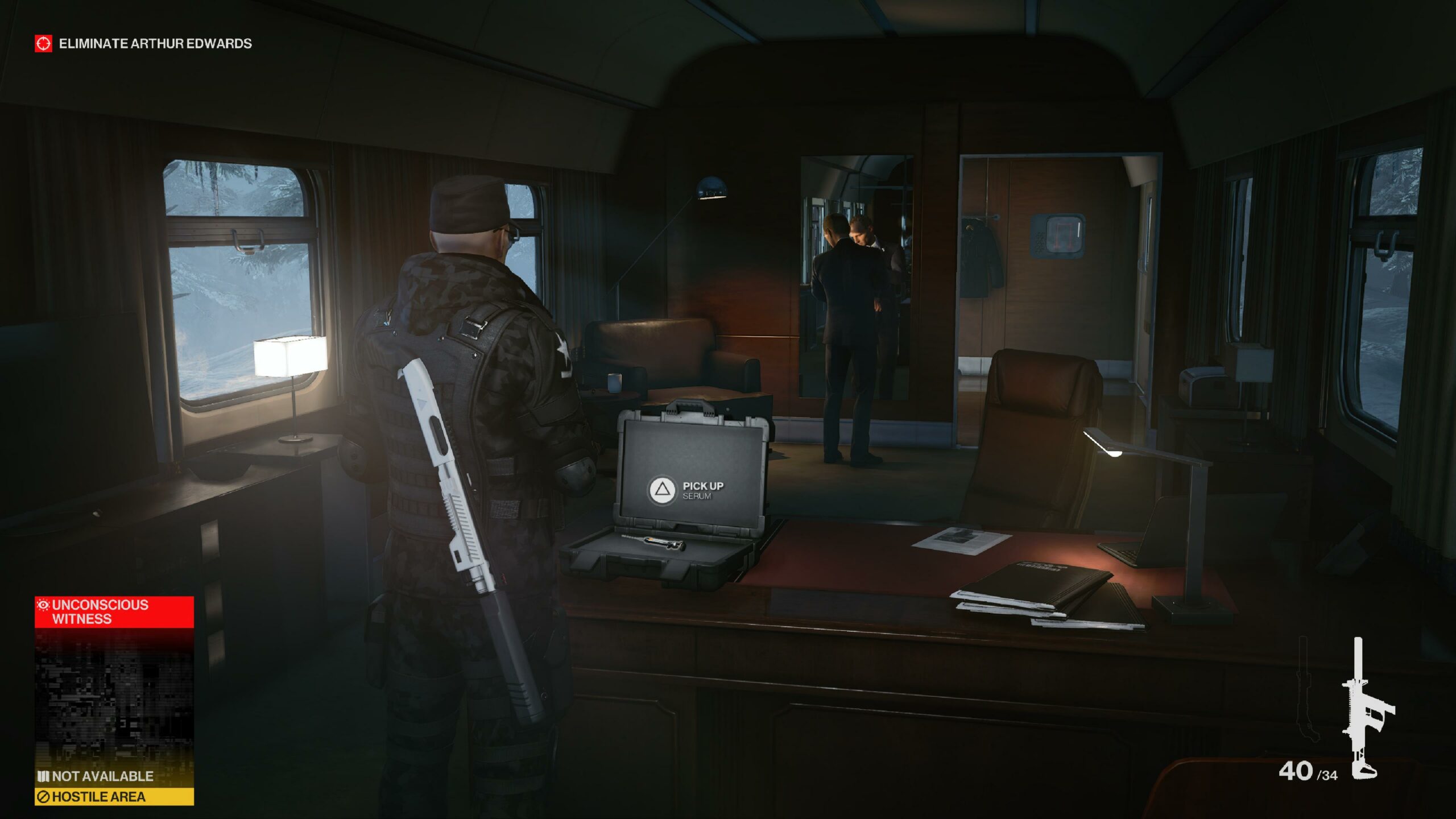 This poison is hard to miss, but Hitman 3 is a little tricky here. When you confront the Constant at the end of the level, he will reveal a suitcase with a syringe in it.

Where to use the lethal poison in the Carpathian Mountains

After revealing the poison syringe, the Constant will turn his back and await his assassination. Rather than any of the guns or filigree eggs you might have collected, use the syringe to wipe the Constant’s memories, essentially killing them, which will complete the Losing Everything challenge.