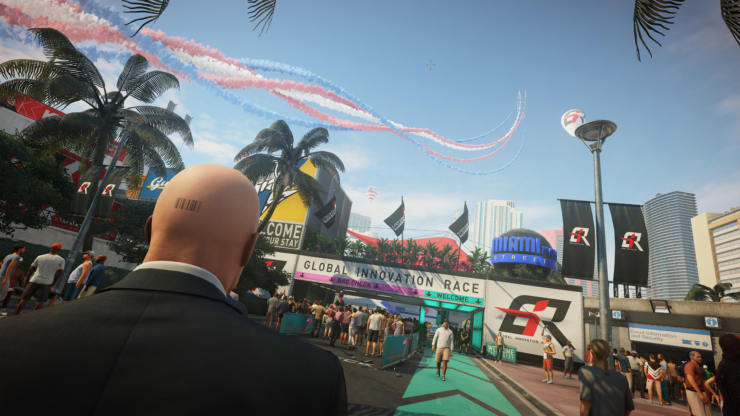 HITMAN 2 is coming on November 13th to PC, PlayStation 4 and Xbox One, as announced today by developer IO Interactive and publisher Warner Bros. Interactive Entertainment.

We are thrilled to partner with IO Interactive on HITMAN 2 and bring the latest game in this iconic franchise to the passionate HITMAN fanbase and new players. IO Interactive has done a fantastic job with the Hitman franchise, and this new game will provide a distinct gameplay experience for players to be creative in larger sandbox locations.

We are very proud to announce HITMAN 2 as the next exciting chapter in our ever-expanding world of assassination. Building on the success of our previous game, HITMAN 2 introduces exciting new features, new modes and franchise firsts to make for a larger and richer game. We couldn’t have wished for a better partner than Warner Bros. to bring this game to our passionate community and introduce new players to our universe. Welcome back 47!

This is going to be a full game rather than the previous episodic experience, though there'll be post-launch expansions. Three versions have been confirmed: Standard Edition, Silver Edition and Gold Edition (which includes two expansions; the Silver includes one).

Travel the globe and track your targets across exotic sandbox locations in HITMAN 2. From sun-drenched streets to dark and dangerous rainforests, nowhere is safe from the world's most creative assassin, Agent 47.

Prepare to experience the ultimate spy thriller story; your mission is to eliminate the elusive Shadow Client and unravel his militia, but when 47 learns his target's true identity and the truth about his past, it changes everything.

Last but not least, the game's Steam page revealed the full PC system requirements as well. You can find them below.