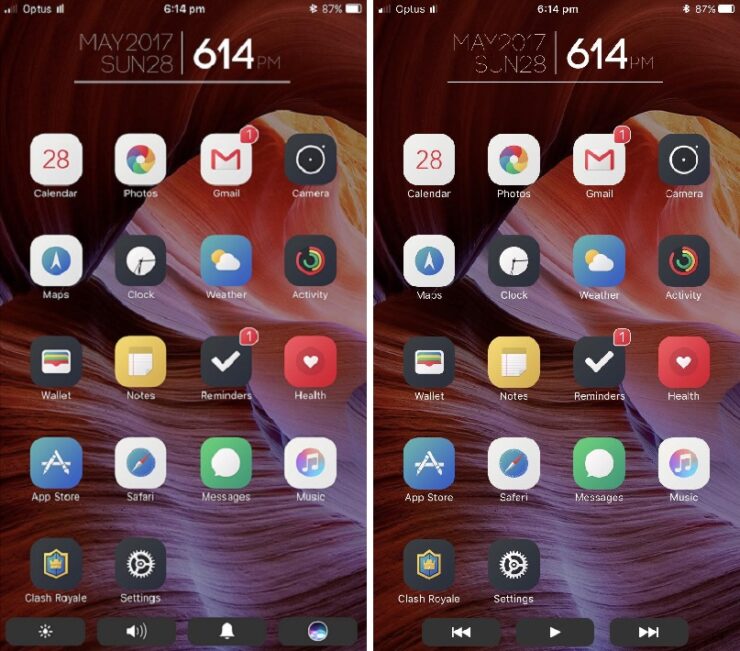 The Touch Bar on the new MacBook Pro is a really neat addition that replaces the function row of the keyboard. While the replacement did not have any direct impact on the utility of the function keys, there are a bevy of other practical tools that you can customize. As great as the new function bar is on the new MacBook Pro, there's a much-awaited jailbreak tweak called the TouchBar that lets you perform more or less  the same thing, but, on an iPhone. So let's jump in to see what the new jailbreak tweak is and what possible utility can you derive from it on an iPhone.

The new jailbreak tweak brings the Touch Bar to iOS 10. The tweak basically mimics the functionality of the Touch Bar on a MacBook Pro. On the iPhone, the bar will be displayed on the bottom of the screen, featuring a set of buttons with their devised functionalities. Below is the list of buttons that lets you perform various tasks. 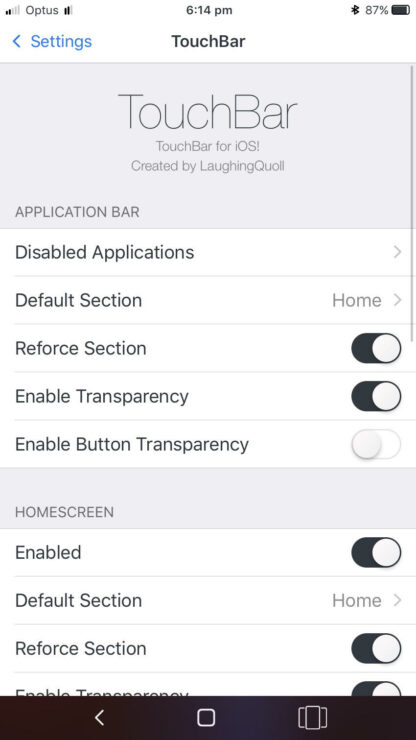 Once you swipe the Touch Bar tray on your iPhone to the right, the music control buttons will display as play/pause, skip and rewind. However, swiping to the left will display the remaining buttons.

One thing to note here is that the Touch Bar will be displayed on the Home screen as well as the Lock screen. This means that you can interact with several options even if the phone is locked. TouchBar jailbreak tweak also comes with a dedicated preference pane which will allow you to configure the tweak as per your needs. The configuration options include: 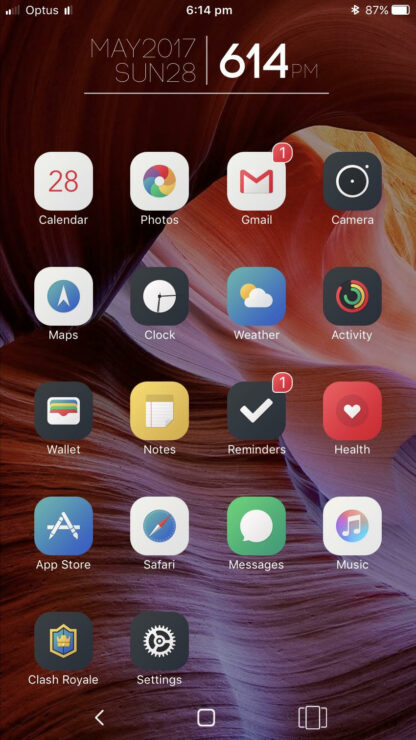 At this point in time, there is a specific set of controls available in the TouchBar tweak. Probably in the near future, the developer will add more tools and buttons to further enhance the Touch Bar. 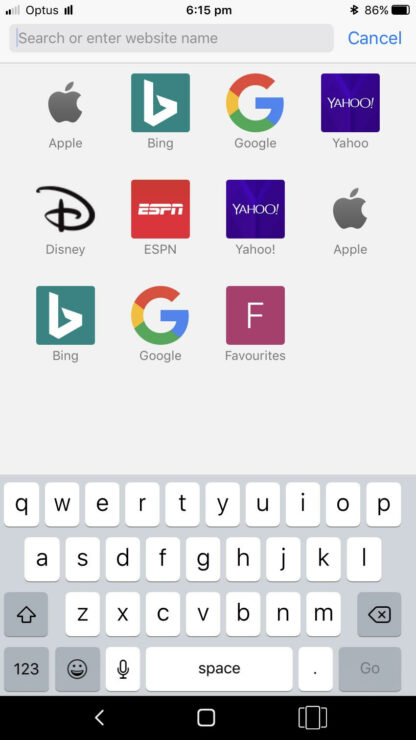 TouchBar is an intelligently designed tweak which allows you to do more than what the stock firmware allows. If you're interested in checking it out for yourself, TouchBar is available for $2.00 from Cydia's BigBoss repo. Another important aspect of the tweak is that it's available for iOS 9 as well as iOS 10.

This  is it for now, folks. What are your thoughts on the TouchBar jailbreak tweak? Do you think it's a neat idea to have a Touch Bar on an iPhone? Share your thoughts with us in the comments.