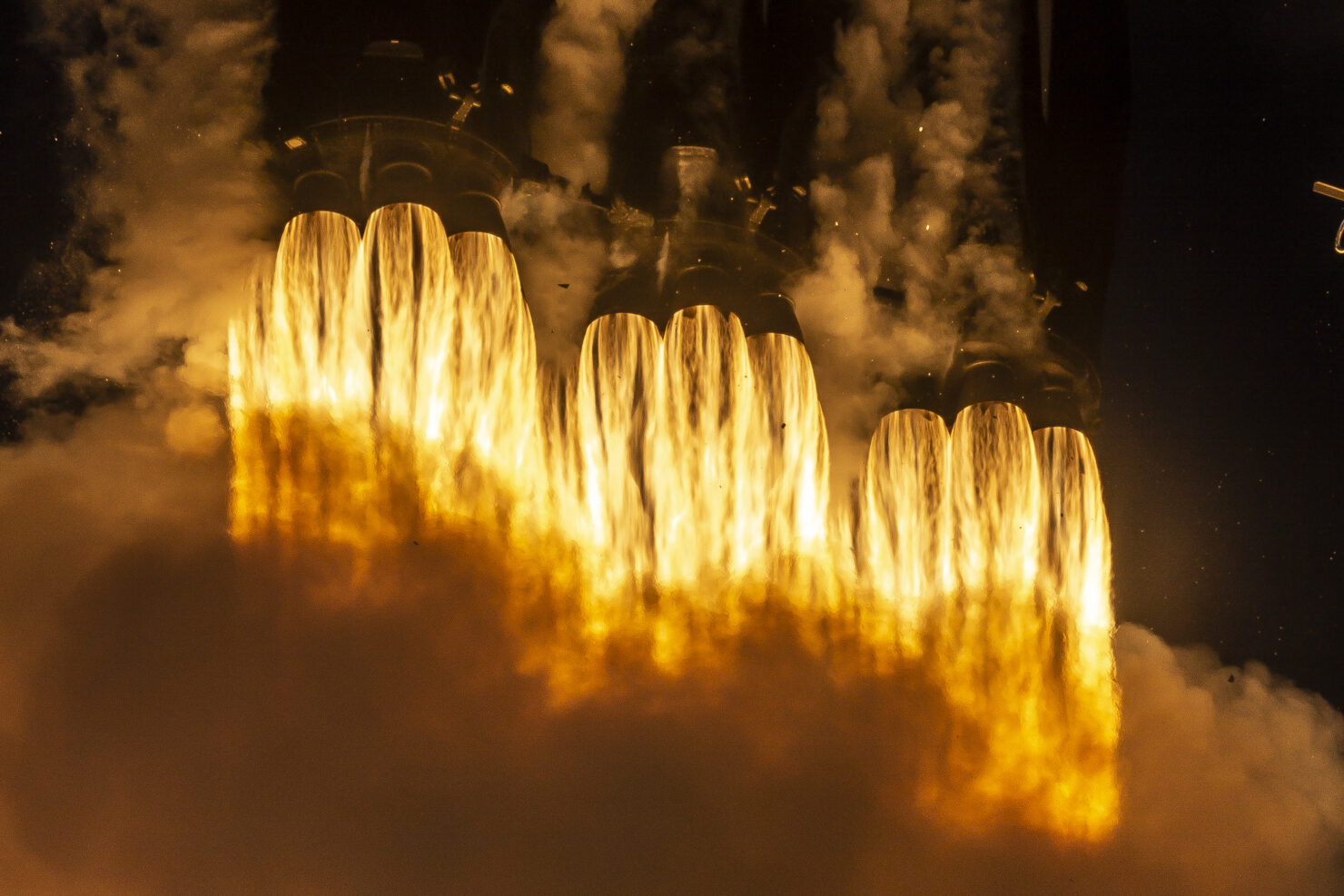 The SpaceX Falcon Heavy during a 2019 launch. Image: SpaceX/Flickr

Late last month, the National Aeronautics and Space Administration (NASA) awarded astronautic launches services provider Space Exploration Technologies Corp. (SpaceX) a $178 million contract to launch a science mission to Jupiter's ice-covered moon Europa. This mission was originally intended to fly on The Boeing Company's Space Launch System, a rocket built exclusively for NASA's Artemis program. However, the agency had started to caution since early last year that if it chose to proceed with the SLS, cost overruns worth billions would accompany the decision.

In late July, the affair was resolved after SpaceX won the award after it beat the United Launch Services, LLC's (ULS) Vulcan Centaur heavy-lift rocket. Soon after the award announcement, NASA released a redacted Source Selection Statement, highlighting the reasons for picking one provider over the other.

In this segment, NASA identified weaknesses in both SpaceX's and ULS' proposals. However, as a whole, SpaceX secured a 'Good' rating in the area as NASA did not identify any deficiencies or significant weaknesses with the Falcon Heavy - the proposed vehicle which ended up winning the bid. The Falcon Heavy is SpaceX's largest operational rocket, using three times the engines of the smaller Falcon 9.

SpaceX's proposal contained one strength and eight weaknesses, according to NASA. The sole strength related to the Falcon Heavy not requiring any changes to accommodate the Clipper mission and SpaceX's analytical strengths. The eight weaknesses were identified in the following areas: 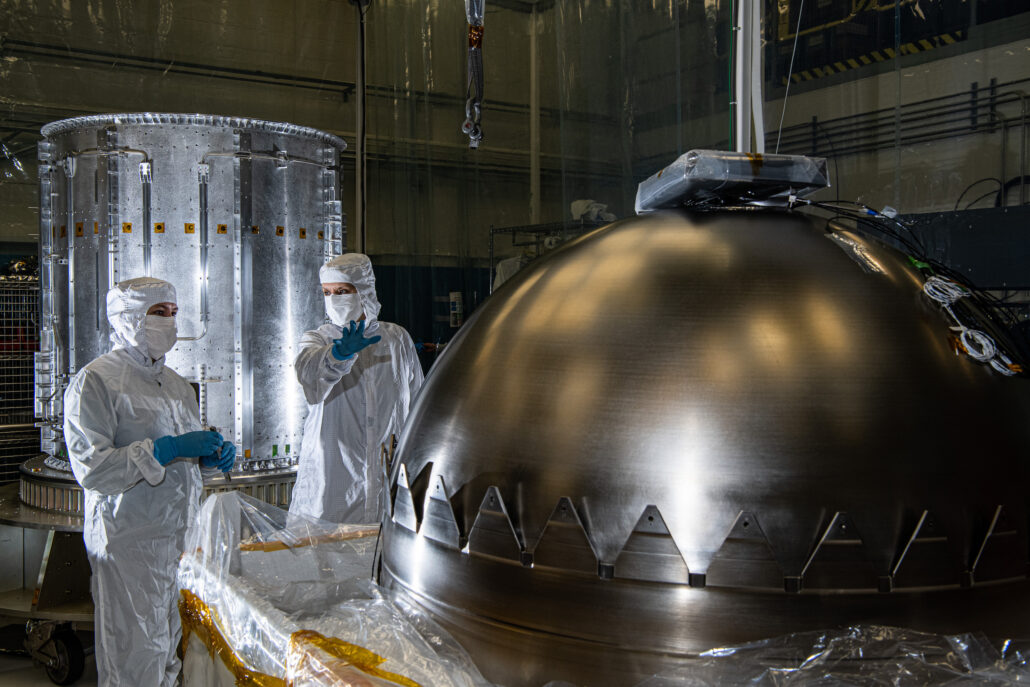 NASA engineers work on the Clipper's propulsion system responsible for flying it through space. On the right is a propellant tank waiting to be inserted in one of the propulsion system's cylinders shown on the left in the background. Image: NASA/GSFC Denny Henry

In spacecraft terminology, avionics refer to all systems that control the vehicle's hardware; telemetry is the data from the vehicle; the figure of merit is a measure of propellant efficacy; molecular deposition refers to contamination; an environmental control system refers to the right conditions inside it for all kinds of payloads.

When compared to SpaceX, the ULS proposal contained one deficiency, four significant weaknesses and twelve weaknesses.

The deficiency, which according to NASA, "is a material failure of a proposal to meet a Government requirement or a combination of significant weaknesses in a proposal that increases the risk of unsuccessful contract performance to an unacceptable level" involved the Vulcan Centaur being unable to fly at least twelve months before the Clipper's launch.

The contract requirement requires the service provider to ensure that if any changes are made to the launch vehicle to accommodate the Clipper, the final vehicle should be ready for launch a year before the Clipper mission's date. While the exact changes that ULS made to the Centaur are redacted, it's clear that these changes would not be flight-ready soon.

NASA also explained that ULS failed to define what changes it would make to Blue Origin's BE-4 engine to accommodate the Clipper missions. The Vulcan Centaur is designed to use two BE-4 engines, each with 1.1 million pounds of thrust on its first stage and employ anywhere from zero to six solid rocket boosters to support heavier masses.

According to NASA, ULS' proposal "did not define the BE-4 engine block version proposed. Booster engine design or operational changes that drive prequalification create an increased risk of schedule delays." 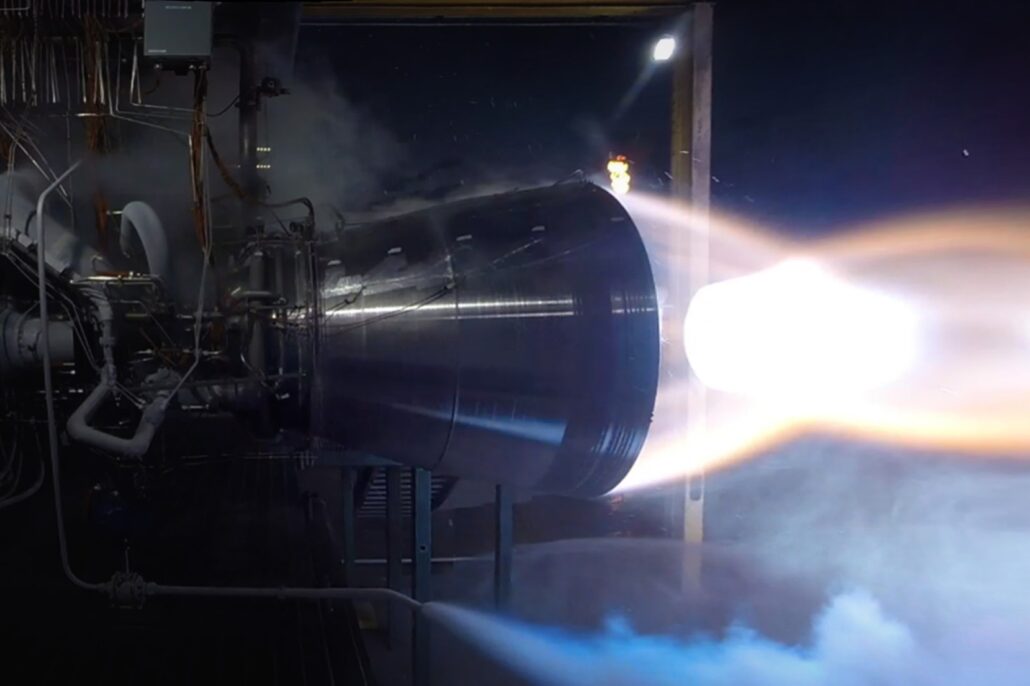 Significant weaknesses identified for the Centaur included ULS' inability to convince NASA that its proposed changes to the rocket would provide sufficient energy to target the Clipper's desired launch trajectory. This trajectory has been a major concern for the space agency who has aimed to avoid making Venus flybys to provide the Clipper with enough speed to reach Europa - which sits roughly 630 million kilometers away from Earth.

Furthermore, scheduling constraints and timeline problems constituted other significant weaknesses for the ULS proposal, which, when combined with the design deficiency and other weaknesses resulted in a 'Poor' rating for technical approach for mission suitability.

NASA gave both top points when evaluating the two companies' past performance due to SpaceX's successes with the Falcon 9 and Falcon Heavy and ULS strong contract executions for the Pentagon.

NASA also noted that SpaceX's price tag of $178 million was "substantially" lower than ULS price, with both prices being reasonable.

The SEB [SOURCE EVALUATION BOARD] identified nine weaknesses and one strength in SpaceX’s Mission Suitability framework. The resultant weaknesses captured by the SEB represent the unique challenges of this mission. Despite the weaknesses, the Europa Clipper RFP allows for award without discussions. I agree with the SEB’s findings and find that the weaknesses identified in is this area of the proposal present minimal risk to acceptable execution of this contract. SpaceX proposed a common launch vehicle configuration which has three successful flights and does not require vehicle upgrades to meet the mission trajectory requirements. These are appreciable mitigations for technical and schedule risk. Therefore, I agree with the SEB’s assessment for the Mission Suitability factor.

Commenting on the 'tipping point' of the decision, she outlined that:

As a preliminary matter, when I reviewed the content across the Offerors’ Mission Suitability proposals, each had varying degrees of risk assessed, with the most egregious being the deficiency and two of the significant weaknesses (i.e., Performance Capability and Feasibility of Certification Schedule) assessed under ULS’s proposal. This is a significant discriminator between the two proposals. The deficiency constitutes a material failure of the proposal to meet Government requirements, and increases the risk of unsuccessful contract performance to an unacceptable level. Based on my judgement, the deficiency and the two significant weaknesses cannot be satisfactorily addressed during discussions. I considered the relative order of importance of the RFP evaluation factors and in light of the significant mission suitability discriminators and the significantly higher price and despite ULS’s High Level of Confidence rating for past performance, I conclude that ULS is not competitive for award. Therefore, the discussion below is solely on the remaining proposal.