It looks like there are still some very critical bugs that need to get worked out of the just released PlayStation platform exclusive game, Helldivers. 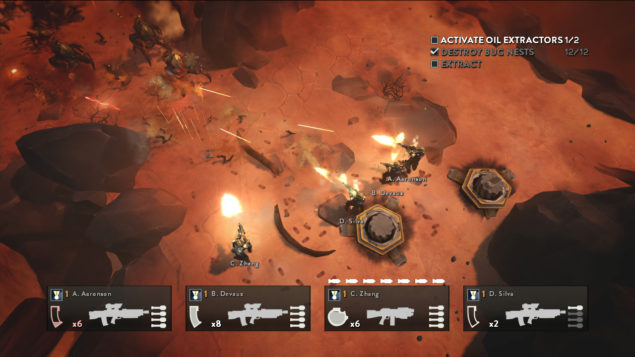 Helldivers developer, Arrowhead Game Studios, has listed 11 critical bugs that have been found.

On the Helldivers subreddit, the developers have issued an update on the state of the game and what's been found and fixed thus far since it's been released.

"As I promised and as you have all waited so patiently, I am happy to be able to give you some full updates on all the issues surrounding the launch. Hopefully this will help the majority of people's problems."

In the message by arrowheadgs there is a list of 11 separate issues that have been commonly encountered by players and the fixes they have already implemented or that they're going to be implementing shortly. The majority don't seem to really break the gameplay at all, though one in particular stood out; having progress wiped when your controller was shut off.

Thankfully this specific way of having your progress deleted has been taken care of. But it's interesting what actually was happening. Apparently the game would sometimes spawn before the old saved game would load, resulting in either lost progress or a deleted save. Even though it shouldn't happen again, you should always make sure to have a fully charged controller when embarking on a mission.

The next most interesting bug is when you get kicked from the game before getting officially extracted. This also results in the loss of progress and of any rewards you may have been pining for. Apparently this is a result of being kicked by the team your working with, so they're looking into making that system more balanced.

"We know people are jerks, and we implemented a reputation system for that exact reason. Unfortunately jerks are very creative and it is hard to enter the mind of the jerk when you are a nice person."