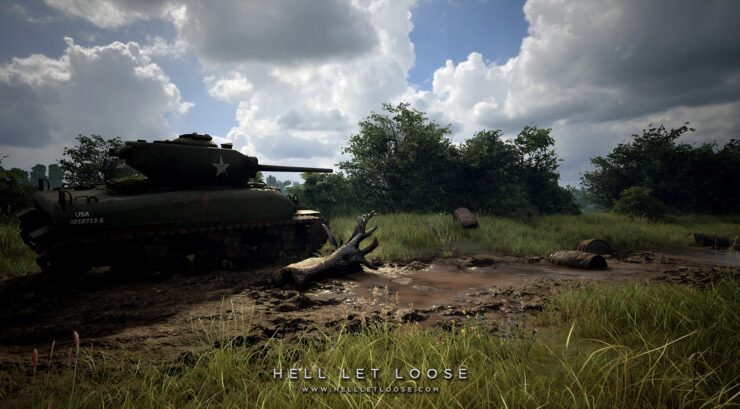 Three months ago we first covered Hell Let Loose, a promising indie project by Australian team BLACK MATTER. Now, they have launched a Kickstarter campaign for crowdfunding with the minimum requirement set at AU$ 136,000 and given the strong start, it's easy to believe that they'll get it.

As you might recall, Hell Let Loose is a combined arms first person shooter set in World War II. Read below for a thorough game overview from BLACK MATTER.

What is Hell Let Loose?

You've never played World War 2 the way it was meant to be played... with lumbering tanks dominating the battlefield, crucial supply chains fueling the frontlines, being a cog in the machine of colossal combined arms warfare. Hell Let Loose puts you in the chaos of war, complete with deep player-controlled vehicles, a dynamically evolving frontline, and crucial platoon-focused gameplay that commands the tide of battle. This is a simulation of war... not an arcade arena shooter.

On paper, Hell Let Loose is a realistic multiplayer World War Two combined arms first person shooter of open battles of up to 100 players with infantry, tanks, artillery and a shifting front line. At its core is a unique resource-based strategic meta-game that is easy to learn, but hard to master.

Built on Unreal Engine 4 for Windows and distributed via Steam.

Furthermore, Hell Let Loose will feature uncensored imagery in all appropriate territories. The studio also said the game will be priced at $29.99 when it debuts on Steam Early Access; they're currently evaluating various anti-cheat solutions and they will enable full gore, including dismemberment, immolation and bullet hits.

Of course, the Kickstarter campaign was also paired with a new gameplay video focused on infantry. You can check that out below.