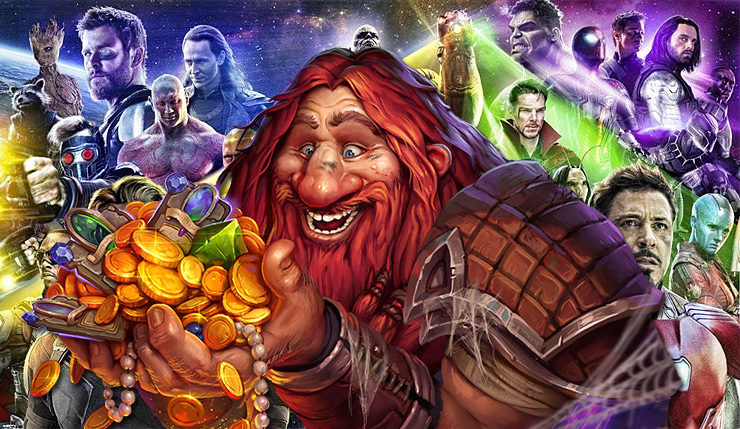 One of the main minds behind Blizzard’s popular virtual card game Hearthstone has announced he and his new team are working on a new game set in the Marvel Universe. Hearthstone director Ben Brode and several other Blizzard employees left the company in early 2018 to found a new studio, Second Dinner, which has now secured a whopping $30 million in funding from publisher NetEase.

“The Second Dinner team has a strong track record of delivering quality games. With the resources and creative freedom they now have, we look forward to what they will come up with next.”

Head of Marvel Games Jay Ong is also excited about what Second Dinner is cooking up.

“I’ve worked with Ben [and company] for years and they are exactly who we want making Marvel games. They and the team they’ve assembled at Second Dinner have made some of the greatest games in history. And now, working with the Marvel Games team and playing in the Marvel Universe…it’s going to be Amazing! Or maybe Spectacular! Or Incredible! Or Mighty! Or quite possibly all of the above!”

So, what form will Second Dinner’s Marvel game take? Given the team’s background and the involvement of NetEase, a Marvel CCG seems likely, but who knows? Maybe they’ll surprise us with something completely different. What would you like to see from the studio?