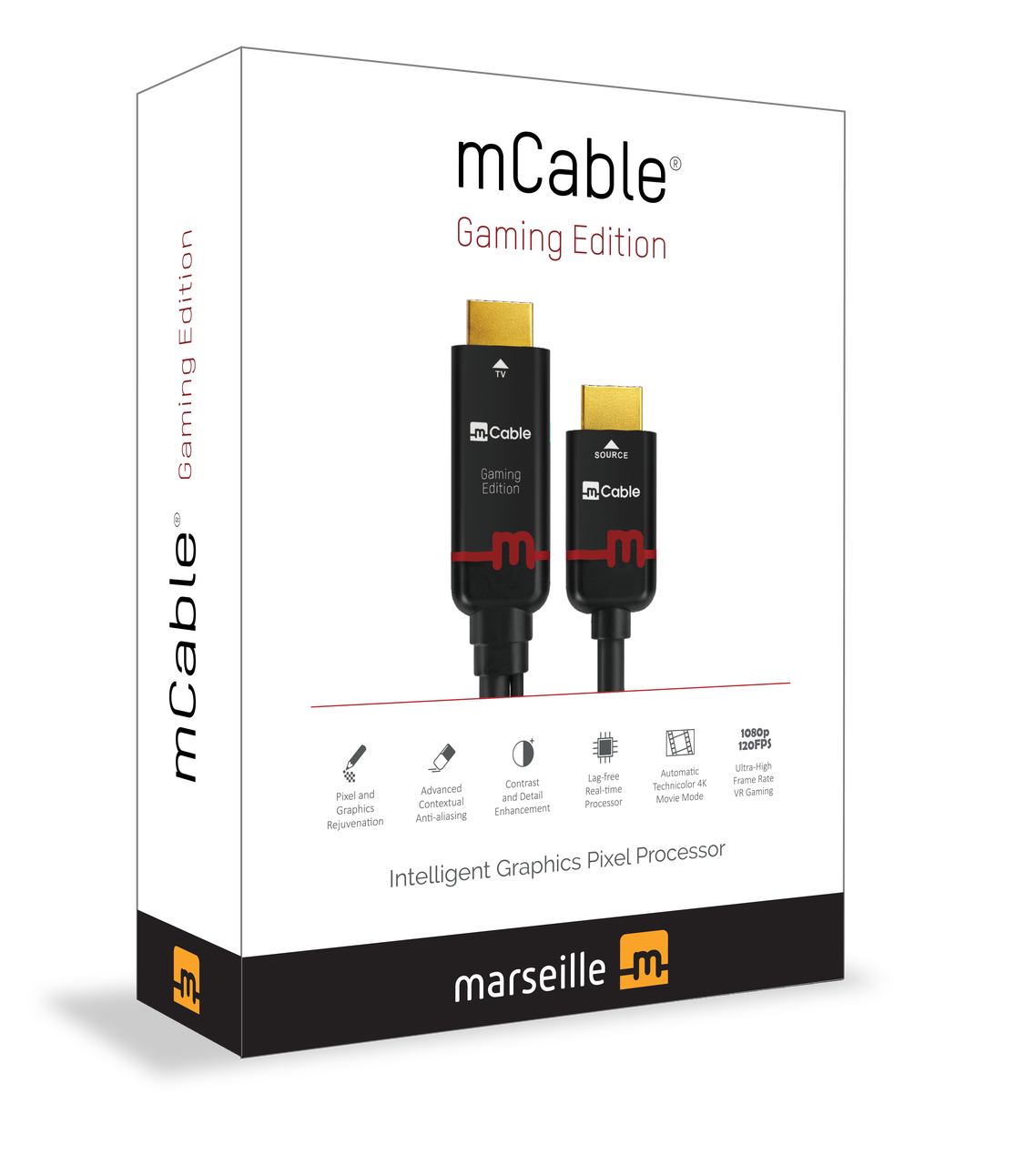 The mCable Gaming Edition is a special kind of HDMI cable. According to the makers at Marseille Inc., it was built specifically to help rid console games (at least those rendered at 1080P or below) of the highly annoying jaggies.

Marseille Inc. purports that there's not enough processing power in consoles like Xbox 360 and PlayStation 3, but also the original Xbox One and PlayStation 4, to successfully mitigate aliasing. Thus, an external solution is needed.

How can an HDMI cable achieve that, though? Well, the mCable Gaming Edition features an embedded "intelligent graphics pixel processor" (VTV-122x) that managed to get the '4K Image Certified' from Technicolor. You can find its technical specifications below.

According to Marseille Inc., their contextual anti-aliasing (CXAA) can remove aliasing without introducing noticeable blur. Here's a description of how it does that.

mCable’s patent pending “Contextual Processing” engine automatically recognizes various elements of the rendered image such as edges, texture and other proprietary details context. It analyzes every single pixel to repair it in the most suitable way for that pixel.

By emulating critical human eye perception, it re-creates every pixel for a more realistic rendering. With this unique capability, mCable achieves advanced anti-aliasing filtering which fixes jagged edges and removes shimmering effects from the texture without noticeable blur.

Using mCable Gaming Edition as an additional graphics processor, it can remove up to 75% of graphics artifacts while at the same time retaining all the valuable details game designers want you to enjoy.

mCable Gaming Edition also supports 24p film mode. It automatically detects film content, enhances and up-scales to Ultra-HD and 4K Cinema format that are certified by Technicolor, a technology leader in Hollywood for more than 100 years.

Of course, as they say, the proof is in the pudding. You can find two official image comparisons below.

Early reviews, including one from Linus Tech Tips embedded below, confirm that the mCable Gaming Edition actually works. The downside? Well, it's expensive. You're going to need $119, $129 or $139 to buy it depending on the length needed (3 feet, 6 feet and 9 feet, respectively). However, you can use it pretty much with any HDMI device you have, from consoles to Blu-ray players, set-top boxes and PCs.

We may review the cable for ourselves soon enough, so stay tuned.