Powercolor has started working in a new HD 5870 LCS graphic card following the success of the older one which was launched back in November 2009. The New HD 5870 LCS V2 will use the same PCB of the HD 5870 PCS+++ which will be paired with the same EK's water block.

The core of the GPU will run at 950Mhz and with the new improved PCB , there's alot of headroom left for further overclocking although overclocking will also depend on the Colling setup which will be used with the card. The card is said to be released next month for a price of 499$. 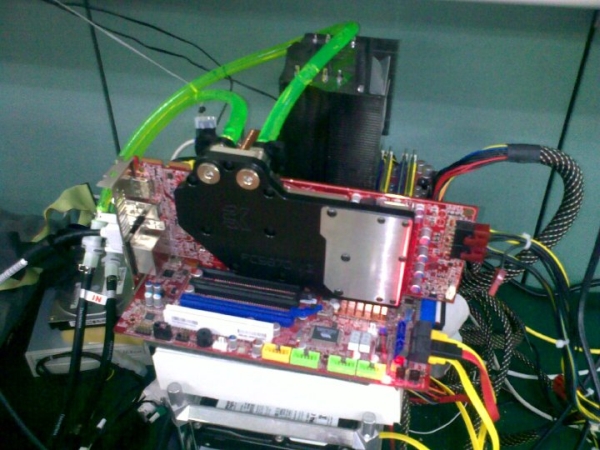