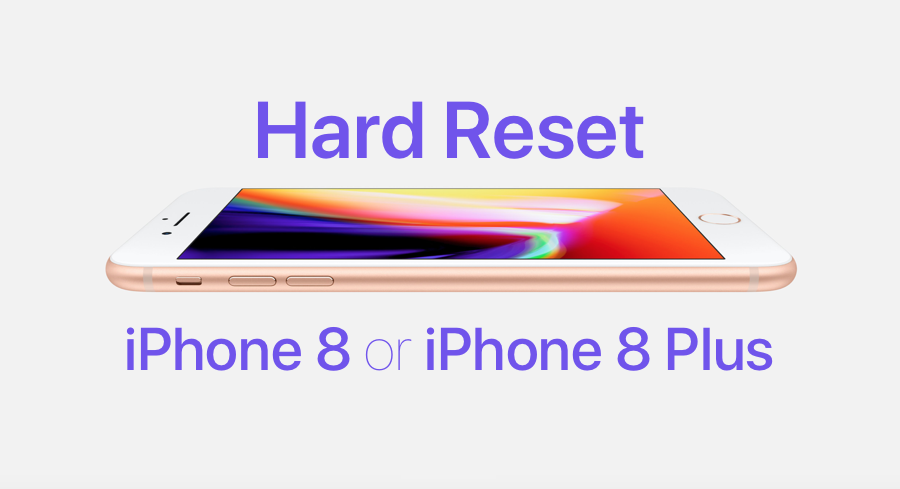 Wondering how you can hard reset an iPhone 8 or iPhone 8 Plus? The method is very different compared to the iPhone 7.

Apple Has Changed How You Hard Reset the iPhone 8 or iPhone 8 Plus. Here's How it Works Now.

Whether it's a smartphone from Apple or any other manufacturer, your device is guaranteed to throw in the towel at a certain point in time. Once it does, you are forced to hard reset your phone in order to make things functional again. It's pretty much obvious at this point that we won't ever see software stable enough that we negate the possibility of hard reseting our devices from time to time.

On the iPhone 7, it's a simple case of holding down the Volume Down and Power buttons for a good 10 seconds until the screen goes blank and you see the Apple logo. On older iPhones or the iPad, just hold down the Power and Home buttons together for 10 seconds and you're good to go. On the iPhone 8 or iPhone 8 Plus, however, things are a little different. So different that you might not figure it out on your own at all, until or unless you haven't gone through Apple's official support document already. Here's how it works.

Hard Reset iPhone 8 or iPhone 8 Plus.

Note: A hard reset will not erase anything off your device. It just forcefully reboots it in case you can't power it down or quit an unresponsive app.

1. Hold down the Volume Up button and let go immediately.

2. Hold down the Volume Down button and let go immediately.

3. Press the Power button until you see the Apple logo on the display.

This might take a few tries before you get it right, so it's best to practice this combo ahead of time before you see yourself in a situation where you need it the most. Don't worry though, chances are high that you'll get it right in the first couple of tries. At least I did.

I'm somewhat curious as to why Apple made this change with the release of iPhone 8 and iPhone 8 Plus. Quite frankly, things were just fine as they were on the iPhone 7 and iPhone 7 Plus. Maybe it's part of Apple's plan to reshuffle things around before it makes an unexpected big reveal down the line?