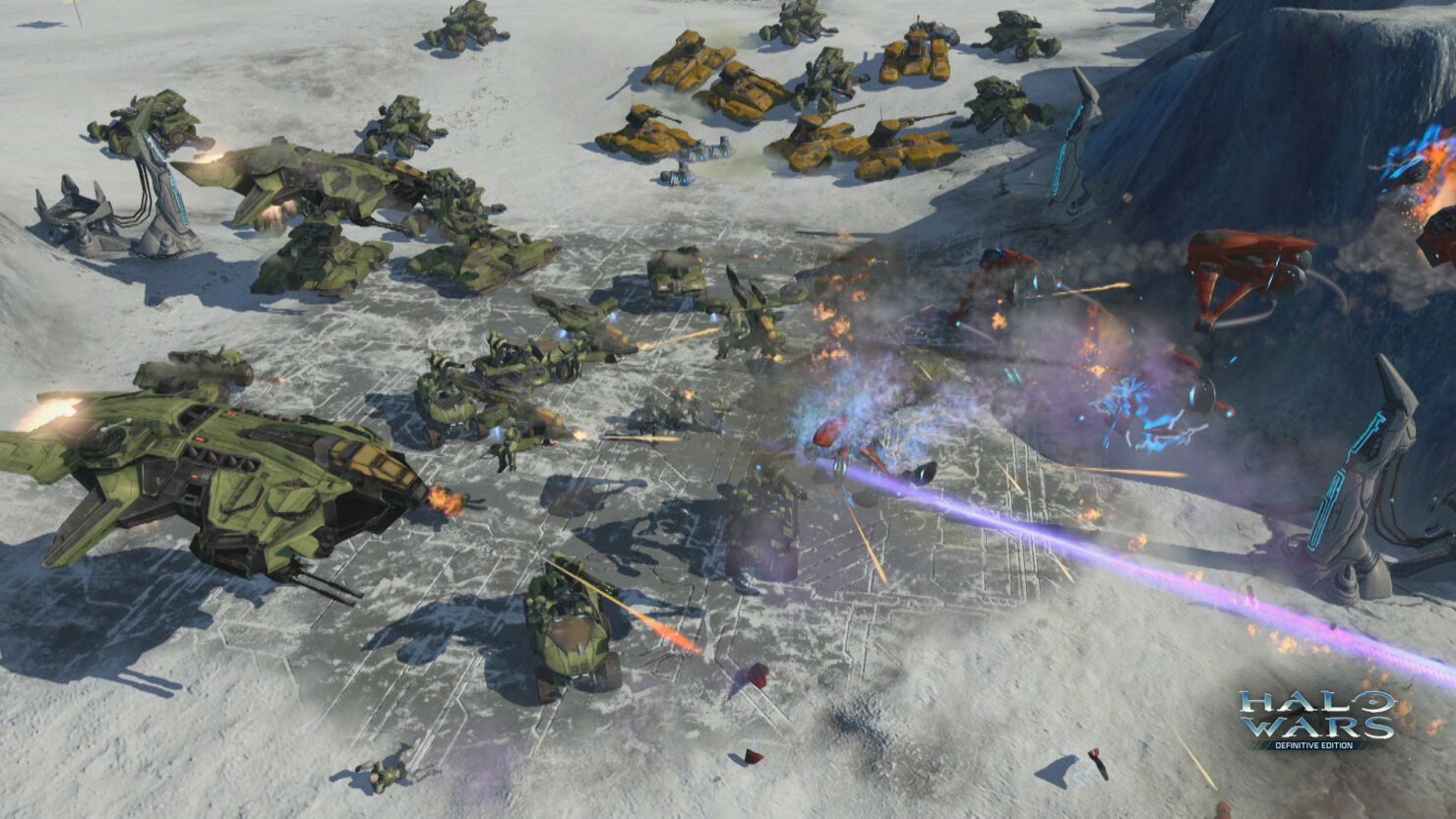 RTS game Halo Wars: Definitive Edition will be available on Steam from April 20th, proving the rumor from three weeks ago true. As suggested by the name, it's an enhanced version of the Halo Wars game that originally launched on Xbox 360 back in 2009.

Halo Wars: Definitive Edition includes improved graphics, full controller support, Steam Achievements/Cloud/Trading Cards/Leaderboards and all the DLC. It will let you experience the epic campaign or compete in online multiplayer battles with armies of powerful Halo forces at your command.

It should be noted that there's no cross-play available with the Windows Store version of the game. Chris played that version a while back and had this to say:

Halo Wars: Definitive Edition acts as a good remaster of what has shown itself to be a game that stands the test of time fairly well. Still inhibited by restrictions implemented due to its Xbox 360 origins, it still manages to be fairly enjoyable and look pretty decent while doing it. While technically in early access until release alongside Halo Wars 2, the game desperately needs these limitations removed to allow it to stand on its own as both a decent Xbox One and PC release.

In case you're inclined to get the game, these are the system requirements you'll have to meet or (preferably) exceed.