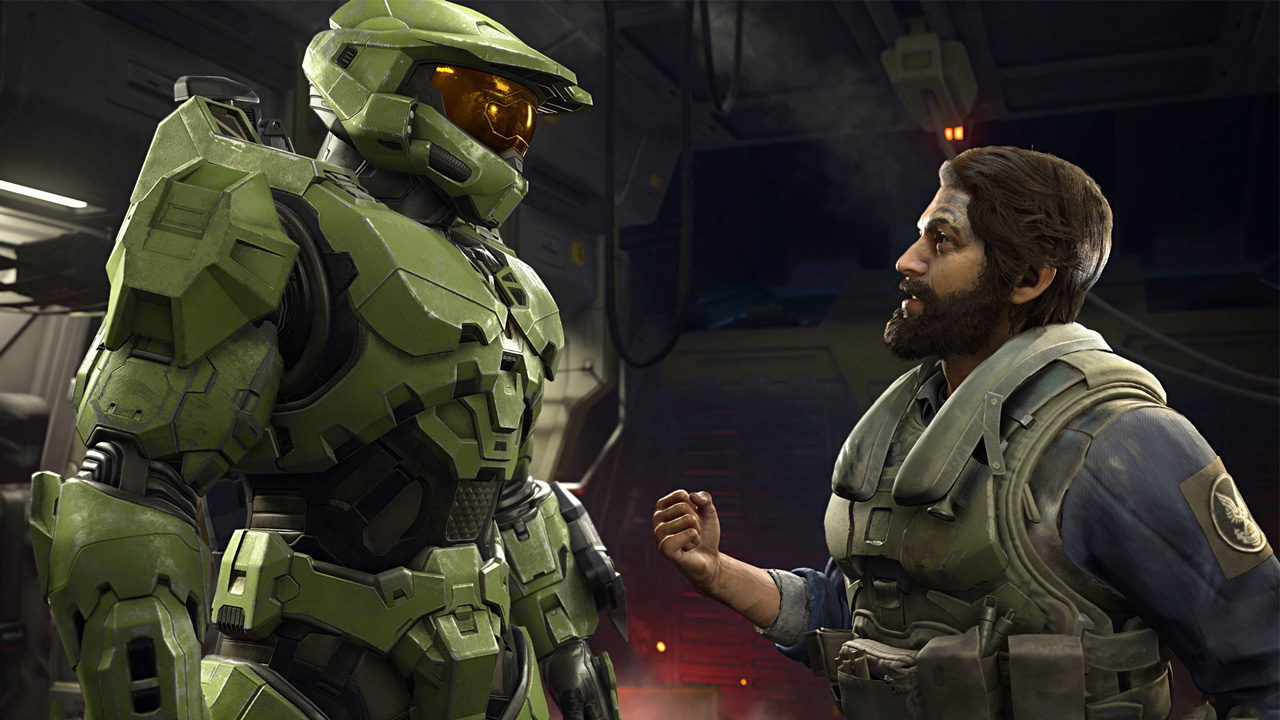 Dataminers have been having a field day with Halo Infinite since its release, finding all sorts of lost tidbits left behind in the long-in-development project, including, it seems, an ending cutscene removed from the game. You can check out the scene yourself, courtesy of YouTuber Gamecheat13, below. Of course, while it doesn’t really make reference to any specific plot points, some may consider the scene a SPOILER so proceed with caution.

For those who can’t watch the video right now, the short Marvel-style mid-credits stinger begins with the Pilot receiving an unexpected message. He calls Master Chief into the room, and we hear “USNC Tag Detected, Designation: Friend.” Who could this friend be? Hard to say, but the Pilot looks pretty excited to see them (of course, Master Chief keeps his cool as usual). I’ll admit, I’m not a Halo lore expert, but there’s plenty of speculation about who this friend might be, ranging from Lasky to the legendary Spirit of Fire.

As for why this would have been cut, without spoiling anything, the post-credits scene that did make it into Halo Infinite is rather dark, hinting a major new threat. Perhaps 343 decided to go for more of an ominous ending rather than the upbeat one hinted at by this scene. Who’s to say?

Haven’t been keeping up with Halo Infinite? Despite being a Halo skeptic, Wccftech’s Chris Wray found the game to be an enjoyable adventure in his full review…

Halo Infinite is, in my opinion, the best game of the series. While still faltering in the narrative and character development, it improves on earlier titles. Combat is entertaining and engaging, with improvements made across the board, but special mention must go to new abilities like the grappling hook. The move to an open world helps the game stand apart, with added freedom to take the fight to your enemies and a vast arsenal of weapons and vehicles to bring into battle. While it slips up on a few occasions, from somebody who has never been part of the Halo fan club, this has given me a glimpse of what could be great things to come.

Halo Infinite is available now on PC, Xbox One, and Xbox Series X/S.