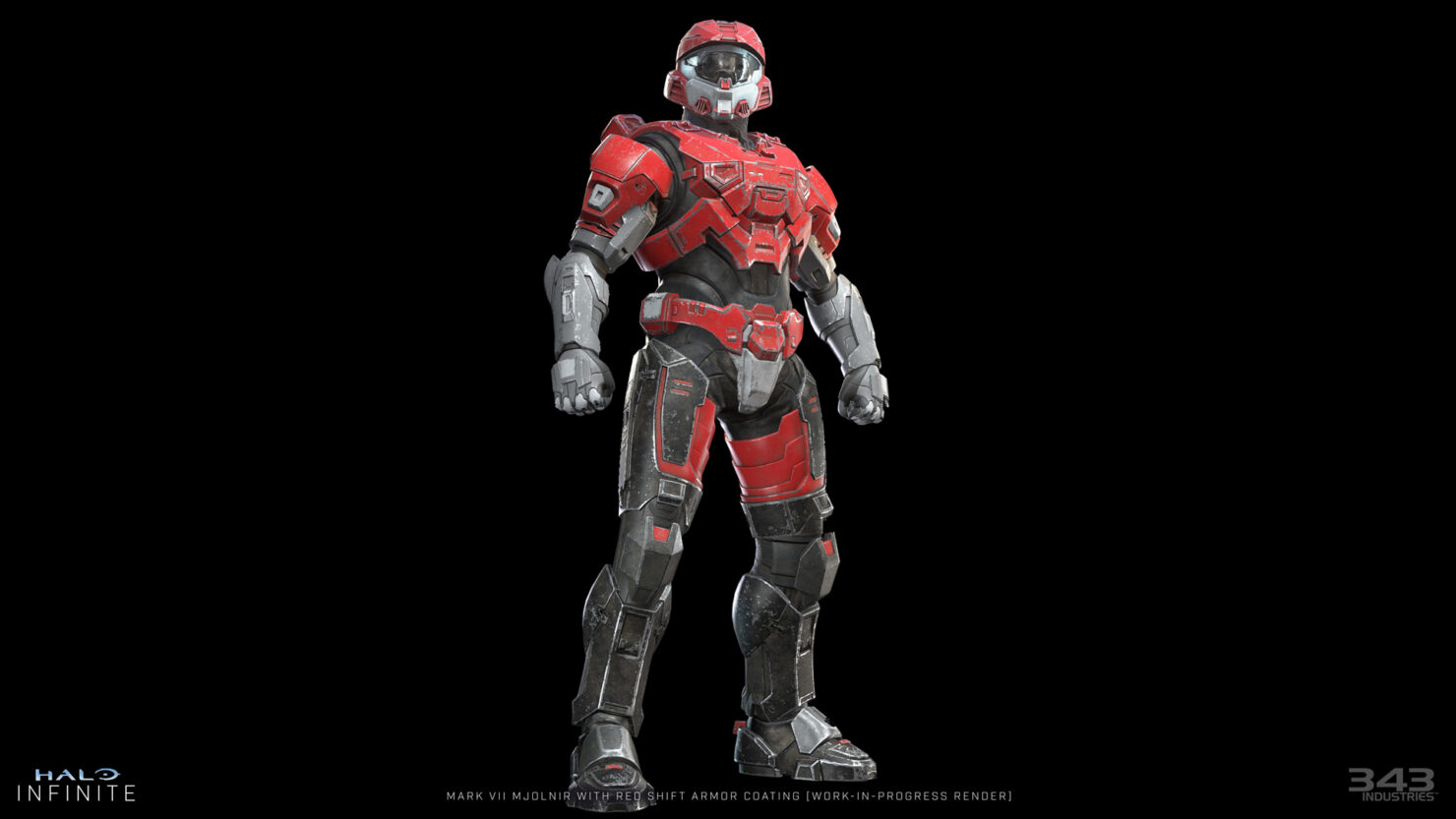 This 'Red Shift' armor coating can be grabbed by purchasing any Halo or Xbox merchandise at GameStop between November 9 and December 13.

343 Industries Community Manager John Junyszek had to swiftly reassure worried Halo Infinite fans via Twitter after the community began to express potential microtransactions concerns, particularly on the brand new 'coating' system that was introduced in the latest 343 Industries blog update posted on Thursday.

[...] for Halo Infinite the team has developed a new system which is a powerful and flexible way to create customization content quicker and more robustly than we’ve been able to in the past. According to Lead Player Investment Designer, Christopher Blohm, a “coating" is “a seven-layer shader that allows us to put any artist-authored color, material, or pattern into seven channels and apply it to in-game items like weapons, armor, and vehicles.” Yes, that’s right, including vehicles.

Coloration, along with materials and patterns, will now be baked into the coating, taking the place of the primary/secondary armor color options found in prior games. While we understand that many players are fond of the previous color system, we’re very excited about the breadth and scope of armor, weapon, and vehicle customization options that will be available in Halo Infinite because of the coating system. Additionally, players should expect more robust per-piece armor customization choices akin to what was available in Halo: Reach vs. what was offered in Halo 5: Guardians. And, as we expand our customization capabilities with armor geometry, materials, colors, and textures, it’s important to the team that players are given even more opportunities to express themselves within the game itself (more on that later!).

Junyszek said there will be 'all kinds of customization items (including coatings) that can be earned in the game and as special rewards'. He also added there'll be some tied to purchases, but others will not be.

There's still no release date for Halo Infinite following the delay that hit the game earlier in 2020. However, we're expecting the game to hit PC, Xbox One, and Xbox Series S/X at some point in 2021.