Halo 5: Guardians’ Resolution Revealed to be Dynamic, Shooting for 60FPS Instead

Halo 5: Guardians is receiving a very large graphical update to take advantage of the power of the now current generation consoles. While they aren't nearly as robust as a PC, it means we're looking at far better visuals than Halo 4.

But at what cost? What do we have to sacrifice in order to maintain a great level of visual fidelity? 343 Industries enlightens us in their latest blog post. 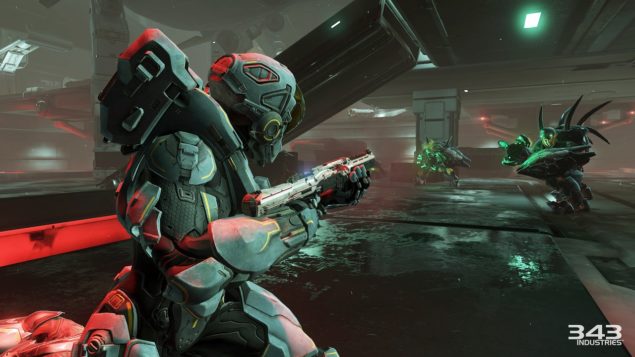 Halo 5 will use a new implementation of dynamic resolution scaling up to 1080P.

The resolution is dynamic due to 343 Industries wanting to hit a steady framerate to make for a more consistent and enjoyable experience. In the FPS genre, speed and reaction time helps tremendously and being able to smoothly look around and take down your target is sometimes more valuable than a higher resolution. As 343 Industries points out, and I happen to agree, "Famerate is king." In this case, it is considering the relative limitations of the Xbox One GPU.

Dynamic resolutions won't necessarily be noticeable, either, and should be a smooth and seamless transition to the observer. The idea is that AA and resolution can be dynamically adjusted in response to what's on the screen, letting you always be very close to that 60FPS target.

Under the hood they've made a tremendous amount of changes, and are even taking advantage of Microsoft's Azure platform for Xbox One to help take some of the compute load for things like physics and AI. That in addition to a new physically based rendering system of lighting lets the scale be far more massive than it has in the past. It's a big game, with a big campaign, and should have all the classic multiplayer lovin' that we know and enjoy.

Thankfully, the issues regarding matchmaking with Halo: The Master Chief Collection and even the multiplayer beta of Halo 5: Guardians has been lessons well learned as the underlying