Just a few days ago, a Halo 5: Guardians countdown site was launched, with a short video and the  hashtag “HUNTtheTRUTH”. it turned out to be a site that will reveal the backstory of Master Chief.

Journalist Benjamin Giraud, who was at New Mombasa when MasterChief first appeared, unveils the truth. Every week, a new episode will be posted as part of the in-depth profile of Master Chief.

Episode 00 “PRIMER” was made available on Soundcloud and can be heard below.

What began as a high-profile hero story quickly turns into a full-blown investigation. Sources claim they know the “real Master Chief”: The boy, the soldier, the hero…the traitor? But who’s telling the truth?

BEHIND THE STORY OF THE MASTER CHIEF

For decades, I’ve served the galaxy as a journalist and war photographer. I’ve covered human-interest stories on Earth and in the Inner and Outer Colonies. I’ve also contracted for the government, covering military affairs. I was at New Mombasa when the Master Chief first appeared to combat the Covenant attack.

You can head over here to check out the site.

ARRIVING ON XBOX ONE FALL 2015 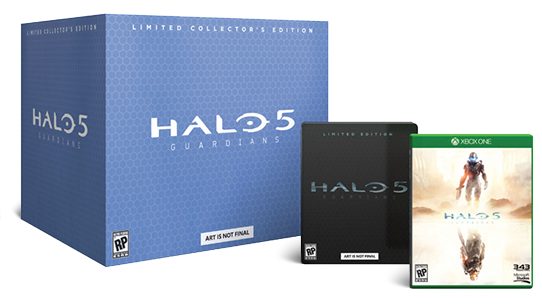 Peace is shattered when colony worlds are unexpectedly attacked. But when humanity's greatest hero goes missing, a new Spartan is tasked with hunting the Master Chief and solving a mystery that threatens the entire galaxy.

All signs point to a November launch for the game. We will bring you any new information on Halo 5: Guardians, as soon as it becomes available. You can read more in our previous coverage here and here.