The new video offers a look at multiplayer footage and featured comments from the team on developer challenges and comments from key MLG players, who were invited to try out Halo 4's Infinity multiplayer, on what they thought about the changes in multiplayer. To view the video, click here.

The basic highlight of the details is the new "Infinity Slayer". What 343i has done is that they took the classic Slayer mode from the original Halo and expanded upon it. The Slayer mode pitted player against each other but in teams, Red and Blue, like a team death match. The winners were decided on the most number of kills. In Infinity Slayer, UNSC Infinity will be the highlight of multiplayer as they would be dropping weapons during the matches at timed intervals. In addition to stacking up points for the team, the player would be collecting kill points for himself as well. It would take a certain number kills to win the game and another addition to HUD is a personal progression bar. The new addition to the point system is that points would vary according to the actions in the game. There will be different points for kills with 'style', assists, melee kills, team support, stopping opponent's killing sprees, hijacking vehicles and so on. This gameplay was shown and tried out on three new different maps at the E3 convention.

Another noticeable addition in Infinity Slayer is the ordinance and scoring system. At the start of the match, UNSC Infinity will drop ordinance randomly across the maps. And randomized weapons will continue to be dropped at specifically-tuned intervals to resupply the weapons in the map. 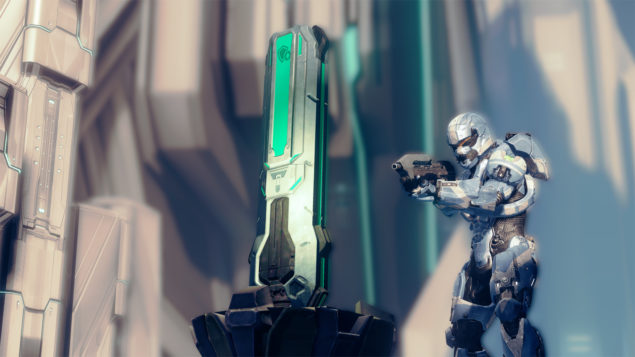 The other new Multiplayer Mode is 'Regicide', there was not much details on it but the main idea is that the player in the first place would be the 'King' and killing the King would grant extra points. This would make this a completely new experience and require a different strategy to 'win'.

Halo 4 is set to launch on 6th November, 2012, exclusively on the Xbox 360. Halo 4 promises to take the series in a bold new direction by delivering its most epic and exploratory campaign yet with addition of groundbreaking multiplayer changes. This could be the biggest title in this franchise's iconic history that has helped shaping up and defines console gaming. I feel relieved that 343i are planning to revive the original Halo element in their latest game. The are bringing major changes to the game's multiplayer mode as many people had given up on the Halo series as it stopped offering something new. The developers at 343i definitely deserve commendation for it. The new multiplayer changes would help shape up and strategize multiplayer gaming as different strategies would be required to succeed in different modes. Personally, I can't wait get it on its Launch Day, pop it into my console and try out the new multiplayer.

Be sure to check out the new Halo 4 E3 2012 Multiplayer wrap up by clicking here.