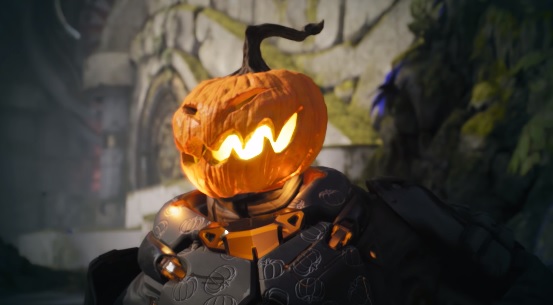 Celebrate Shadows's Eve with spooky skins for Paragon.Epic Games is joining the ghoulish festivities by giving their players a chance to win or buy six new Halloween-themed skins for Paragon on the PS4.

During Shadow's Eve, the Dock-o-Lantern Murdock skin will be available to all players. Anyone who links their Twitch account to Paragon on the Playstation will permanently unlock the pumpkin-head wearing skin for Murdock.

Six Shadow’s Eve skins will be on sale from 25th October to 6th November. My favorite so far has to be the enormous Franken-Grux, I'm going to enjoy watching him lumber about the map.

If you'd rather earn the skins below is a list of the skin drops you can earn in the next two weeks by simply watching/streaming Paragon:

Winners will be notified via in-game notification. Just keep an eye for the username 'OfficialParagonBot' while you watch or stream Paragon on the Playstation 4.

Paragon is currently available on PlayStation 4  and PC with cross-play functionality. Epic Games will also be introducing dynamic bundles to go with the event. The dynamic bundles give players a chance to buy all the skins but won't charge for skins you may have earned while playing. This basically means that you won't be forced to buy a bundle with skins you may already own.