Gust is a Japanese team that is becoming more and more popular in recent times thanks to its excellent role playing games like the Atelier series and a few others. Fans of the team will be happy to know that Gust is currently considering developing collaboration titles and a new survey today asking players their opinion on the matter has been launched today. 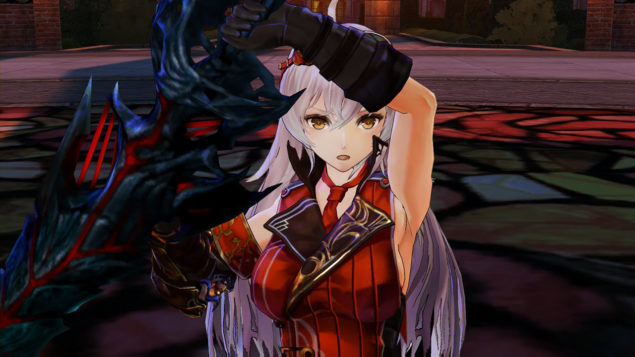 The new survey on Gust future collaboration titles has been launched on the team's official Facebook page and asks players which anime collaboration they would like to see in a future Gust game. Among the available options are Naruto, Hunter x Hunter, One Punch Man, Sword Art Online, Fairy Tail and One Piece. The second question of the survey asks players what they find most important in anime. You can check out the survey and help the team by going here.

The next Gust developed game to be released in North America and Europe is Nights of Azure. The game follows the journey of two girls within an uncharted land known as Rusewall Island, an island where no one sleeps at night. Nights of Azure features an action battle system where characters fight alongside the Servan demons and unleash a variety of combo attacks by mixing light, heavy and special attacks. The main character's demon form is just one of the many battle options that are included in the game.

Nights of Azure will be released on PlayStation 4 next month in North America and on April 1st in Europe. We will keep you updated on Gust's future collaboration titles as soon as possible so stay tuned for all the latest news.

FAIRY TAIL, The Next JRPG from Gust Studios, Will Launch Next Year on PC, PS4 and Switch