Guerrilla: Horizon’s Sequel Would Have To Have An Equally Deep Story & More Machines 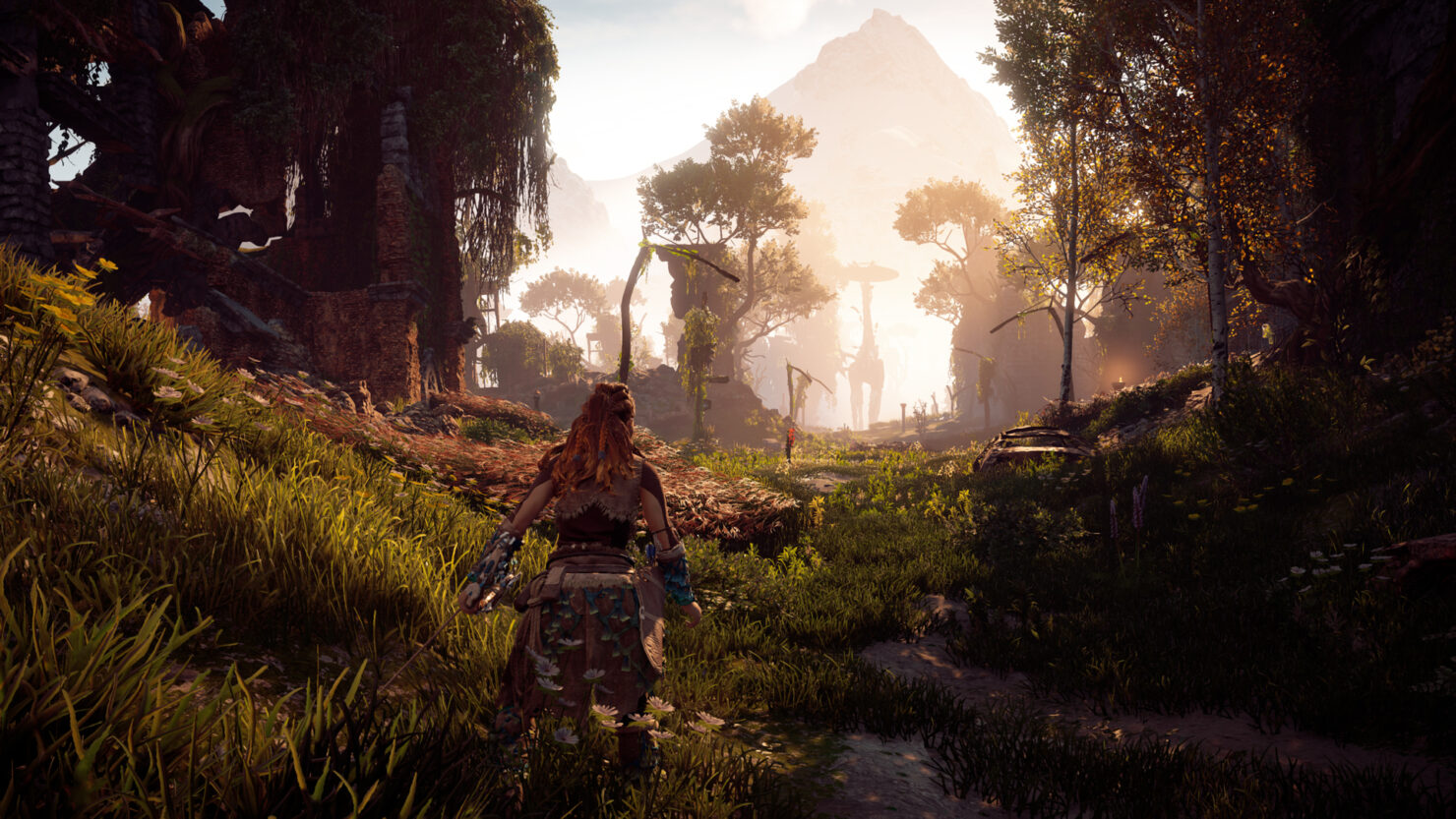 A few developers of Guerrilla Games have been interviewed by Game Informer (May 2017, issue 298) after the release of the highly acclaimed open world action RPG Horizon: Zero Dawn, launched last month exclusively on PlayStation 4.

When asked about what would be important in a potential sequel, Narrative Director John Gonzalez said:

We've been absolutely humbled by the players' response to the story and their emotional connection to Aloy. Should a sequel happen, our number one goal would be to respect that connection by doing our utmost to create a story that resonates just as deeply.

We feel duty-bound to honor the time that players have invested into Horizon: Zero Dawn. The last thing we want to do is disappoint the folks who have given the game such a passionate support.

Art Director Jan-Bart van Beek, on the other hand, has a specific area that could be expanded upon.

More machines. They are a lot of fun to design, build, animate, and play with. I wish we could have done a hundred. But reality is a harsh mistress; it doesn't allow you to make hundreds of machines.

The interview also has some hints on improvements that might come to Horizon: Zero Dawn and future entries in the franchise. Guerrilla's Game Director Mathijs de Jonge addressed some of the critiques advanced to the game with the following words:

It's been a big project for us and I'm really happy how it all came together. I see a lot of praise for the variety the world offers and the experience as a whole. That some parts don't shine quite as brightly as others is something that was kind of inevitable due to the scope. We are looking closely at any critiques as part of plotting out our plans for the future of Horizon.

de Jonge also explained why there are more weapons than those Aloy can equip at once; it sounds like this may be even patched in the future.

At some point we had more weapons on the wheel, but the controls got in the way with how quick we wanted the switching process to be; it just got too finicky. We have some ideas on how we can improve weapon/loadout switching, but I can't share anything on this yet.

Guerrilla's Horizon: Zero Dawn sold 2.6 million units in the first two weeks since its launch, which pretty much secured a sequel though the developers are working on a story expansion first.

Read our review by Chris to find out why it's a great game.