Guardians Of The Galaxy Vol. 2 Gets New Trailer 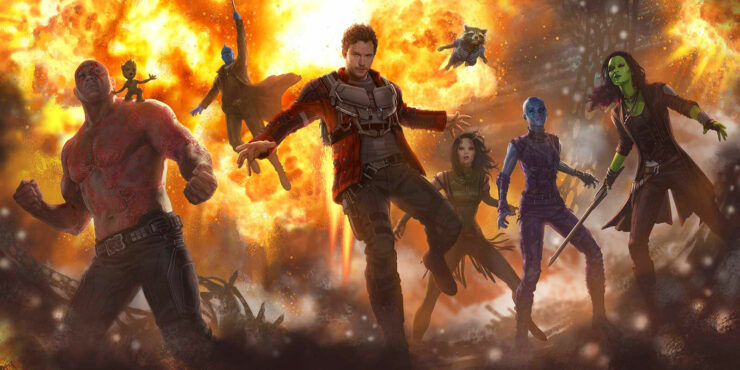 Feeling disappointed at the lack of talking trees in recent movies? Well don't worry, because Guardians Of The Galaxy Vol. 2 more than has you covered. Marvel's inter-galactic heroes are back in this new teaser trailer, showing Drax, Groot, Rocket Racoon, Gamora and of course, StarLord embarking on another astrological adventure.

Plot details are still being kept tightly under wraps but this trailer gives us our first proper glimpse into the anticipated sequel. Showing the usual self-aware dialogue and quips you'd expect, the trailer also gives us our first look at Pom Klementieff’s Mantis. While it's not shown in the trailer, the film will reportedly revolve around Quill coming face to face with his long lost father.

When Guardians of The Galaxy was released in 2014, it was utterly refreshing. After wave after wave of po-faced super hero flicks, Guardians of The Galaxy deviated from the well-worn Marvel formula and injected the genre with a whole heap of fun. After the likes of Deadpool taking comic-book humour to the next level, only time will tell whether the sequel will manage to win over audiences like the original did.