GTAV – New GTAV Update is Out, Might Fix Heists

Rockstar has released details about the newest update they've released for GTAV today. As you know, the new online Heists have been having connectivity issues, and the latest update two days ago was designed to improve that connectivity, though it didn't quite bring the stability you were looking for. 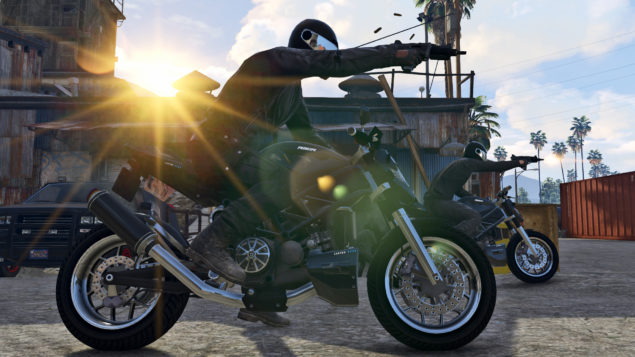 Rockstar has released their newest update to GTAV, bringing stability improvements to GTA Online and other minor fixes.

Update 1.22 for the PS3 and Xbox 360 and update 1.08 for the PS4 and Xbox one is now live. It's supposed to make GTA Online a little more stable, actually letting you connect with and enjoy a heist session or two. There are also minor fixes that they've implemented to the story mode as well.

Fixes for GTA Online to improve stability, and other minor fixes for both GTA Online and Story Mode.

No other information is given though you should be able to see that update for the PS3 and PS4 at the moment, with the Xbox 360 and Xbox One following shortly.

Unfortunately the long awaited GTAV Heists update didn't quite bring with it what we wanted in the beginning. It was wrought with bugs and other issues that prevented it from being the immediate success we all wanted it to be. The advice to fix the issues was also not exactly helpful either. Port forwarding won't help if it you didn't need to specify ports to be forwarded beforehand.

But Rockstar is actively committed to making it a good experience and they're looking to fix the issues they've found and it seems that more and more people can connect to their servers successfully and participate in some adrenaline pumping heists action. This should hopefully fix the remainder of the issues that cropped up with the last patch, too.

Let us know if you see this patch when you log in and how it affects your game. Any issues you notice? Heists still heisty?