Following a petition in Australia regarding the GTA V's "depiction of violence against women", which gained round about 42,000 supporters on Change.org, the game was removed from two of the major departmental stores in the region. The campaign was launched by female survivors of violence in the hopes that their plea would be taken seriously and the game would be removed from the shelves. And in lieu of the petition, Target and Kmart have pulled the game off the shelves. 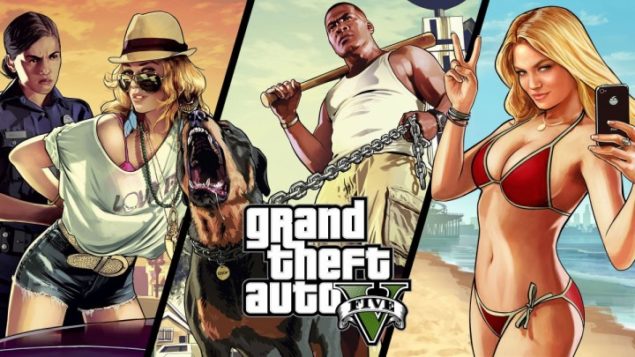 The game, claimed to be disturbingly violent by the protestors, should have been removed (according to the campaign) and seized of the selling activity in all areas. The petition stated the following:

“Please Target – we appeal to you as women survivors of violence, including women who experienced violence in the sex industry, to immediately withdraw Grand Theft Auto V from sale.”

A statement was issued by a Kmart Official to Kotaku, explaining the removal of GTA V from the shelves. The statement explained:

“Following a significant review of all content in Grand Theft Auto Games Kmart has taken the decision to remove this product immediately. Kmart apologises for not being closer to the content of this game.”

And in reply, Take-Two Interactive Software's CEO, Strauss Zelnick, (according to stevivor), has Issued a reply saying that:

“We are disappointed that an Australian retailer has chosen no longer to sell Grand Theft Auto V — a title that has won extraordinary critical acclaim and has been enjoyed by tens of millions of consumers around the world. Grand Theft Auto V explores mature themes and content similar to those found in many other popular and groundbreaking entertainment properties,” he continued. “Interactive entertainment is today’s most compelling art form and shares the same creative freedom as books, television, and movies. I stand behind our products, the people who create them, and the consumers who play them.”

Following the removal of GTA V from the stores in Australia, a counter petition on Change.org was created which referred to the supporters of the petition as "a bunch of misinformed feminists that made a petition because it apparently encourages players to cause violence against women."