One of the best aspects of GTA V on PC is that it allows mods to be used. Mods, are slightly configured alternate settings in a game which allow a user to change the game to a great extent, ranging from how the game looks to adding new weapons/cheats/cars etc. The PC version of GTA V has several mods to its name, which you can easily find online, but since the release of the latest patch 1.28, the performance of the game on PC has been degraded and reports are coming in that the new patch severely reduces in-game framerate. 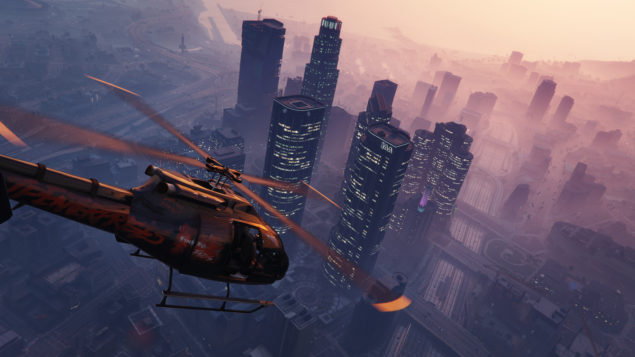 According to the creator of GTA V LCPDFR Mod, the performance reduction is a result of an addition of new anti-modding technology by Rockstar Games. The Facebook page of LCPD First Response Mod (LCPDFR) states that the upcoming Mod has been delayed by the developers owing to "protections against modding introduced in the first update, which Includes a whopping 3 MB of junk code." The post reads:

We had planned to release LSPDFR 0.2 tonight, although for a number of reasons outwith our control, this unfortunately won't be possible.

In the latest update for GTA V, Ill Gotten Gains Part 2, Rockstar Games strengthened their protections against modding introduced in the first update. Included in this was a whopping 3 MB of junk code designed to confuse modders. Instead of the native functions of the game being accessible directly - we now have to jump through 4 or 5 hoops each time, as the game also implements live decryption and obfuscation methods. This severely impacts performance, resulting in gameplay at 3 frames per second - even on some of the strongest PC systems available today.

As such, we're going to need some more time to figure out the best way to proceed. Hopefully you can understand that none of this was a problem before Wednesday's update, and performance issues aren't related only to LSPDFR, but also to every other GTA V script modification. The difference with LSPDFR, though, is that it includes very detailed artificial intelligence that other mods (trainers, etc.) do not. This means that the efforts by Rockstar to prevent modding disproportionately affect us.

In other news, our website is also experiencing unrelated technical problems, which we at least hope can be fixed soon.

We hope you can understand the situation we're in.
- Sam

A Reddit user "Causeless" somewhat simplified the issue of "Junk Code" as stated above. The clarification is not easy to understand but will make sense to someone who has a bit of knowledge about coding. The post explains:

On the technical side the game internally uses heavy scripting even without mods, as it is what separates the gameplay code from the engine-level code - so assuming the creators of LCPDFR are correct, both the vanilla game and mods will be heavily affected, as they both go through the same function calls and pipeline to communicate with the engine.

Assuming it is true, the increased complexity and "dead code" is may be part of efforts to try and reduce modding and/or hacking, as the scripthooks cannot be created as easily - the modders reverse-engineering the game cannot easily tell what code is critical and what code is "dead".

On the other end, Rockstar support page lists that they are still looking into the issue and will intimate the fans and start working on the fix as soon as they identify a problem.

Lastly, it is important to note here that the performance suffers even if there are no Mods installed. With that being said, stay tuned for more news and updates on GTA V and do share your views with us in the comments section.