Update: Replying to a fan on official Rockstar support forums, the developer has reassured that the game is still set to hit PC on January 27th and that no changes whatsoever have been officially announced yet, which still leaves us thinking whether or not the currently known release date will conclude PC gamers' long time anticipation. Rockstar's Scott E stated:

“GTAV will be coming to PC on January 27th. We have not announced any changes to this date at this time.”

Original Story: Without doubt GTA V has been one of the most popular and the most talked about games in 2014 with lots of speculation surrounding the game and each official release for the game getting popularity like a true mammoth of a game. Stories about the PC version of the game being developed by Max Payne 3 team have been the headlines of their weeks and we've seen speculation specify new boundaries just for this amazing title. Talking about speculation, the story doesn't end here. Yes, a new piece of information has surfaced regarding the release date for the game which was previously set to the 27th of January. 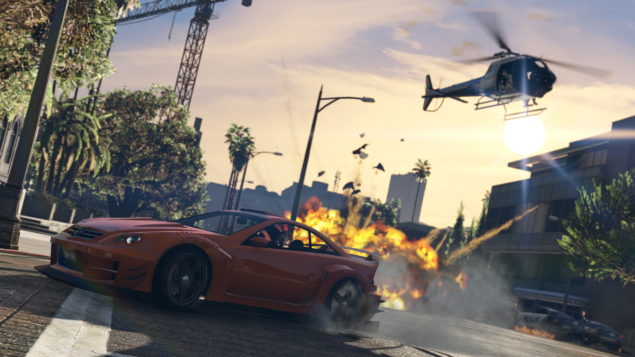 GTA V To Be Delayed Again?

Yesterday we brought you a rumor which basically revealing the PC requirements for the new game and we have more news for today. If you have visited the Steam page for GTA V you might not have noticed this minor change on the page, the release date which previously said that the game was to release on the 27th of January has now been very discreetly changed to Early 2015. 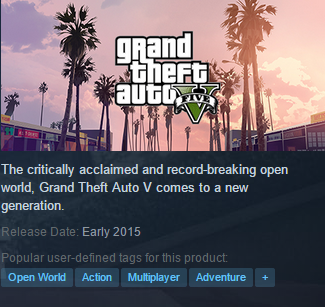 So it look like the "critically acclaimed and record-breaking" GTA V is set to be delayed again and now the wait is for a public announcement to confirm. Although January 27 can be termed as 'Early 2015' but this small coincidence is definitely very timely and convenient as which will help ease the transition to the new date.

This is not the first time the release date has been pushed forward, the Game's PC version has already been delayed earlier as it was supposed to be launched with the "Next-Gen" consoles but it looks like the deadline for the PC version was once more set too hastily by the GTA V team which defended itself last time by saying:

“We’re glad to see so many of you are excited for the upcoming release of the new versions of GTA V and we look forward to sharing more details with you soon. We are also incredibly excited to be bringing GTA V to the PC, but the game requires a little more development time in order to ensure that it is as amazing and polished as possible.”

Earlier the rumored PC requirements for the GTA V game took in a big degree of speculation but this coincidence, with respect to it's timing, makes for a very material rumor. Stay tuned for more news on GTA V and other gaming headlines.