It has been a pretty long road, but Rockstar’s unexampled masterpiece is finally making its way to PC platform next week, and the developer is making sure that PC players get compensated for all the time they had to spend waiting for the PC version of GTA V by furnishing the game to its fullest, and by throwing in some very exciting new features into the game including a ton of visual options that can be used to squeeze the best graphical performance from the game and get the most out of 4K resolution. However, to do that, players will need some serious hardware power. 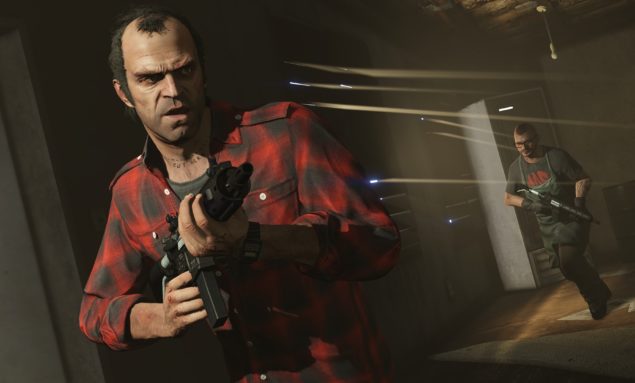 We have already seen a ton of screenshots showcasing GTA V running at glorious 4K resolution on PC, with every minor in-game graphical detail speaking for itself, and all the countless pixels giving it a boost. If everything goes straight, and if GTA V does not turn out to be another unbaked triple A game that everyone was much excited for (though it is highly unlikely, considering the time Rockstar took to polish the game and make it completely error free), Rockstar will surely make history next week.

With gamers still blaming the latest generation video game consoles for not running major triple-A games at full HD 1080p resolution or 60 frames per second, the comrades of PC community have another important thing to think about; what hardware would one need to push GTA V up to 4K resolution without setting the whole system on fire. Well, Rockstar thought it was time. The developer has already released the general minimum and recommended system requirements for putting GTA V to work, but what does that mean in real terms? PCGamer took a step forward and asked Rockstar about what players would really need to enjoy GTA V at 4K resolution.

"One of the lessons we have learned over the years through Grand Theft Auto IV and Max Payne 3 on PC was that people want the freedom to configure their system to suit their preferences," says Kevin Hoare, president of Rockstar Toronto. "Our focus for Grand Theft Auto V was to ensure most people could run the game comfortably, and provide a wide range of options to tailor your experience to your system."

The developer clarified that the recommended requirements only list the hardware that can run the game at full HD 1080p resolution and 60 frames per second. To do that, you will need a Nvidia GTX 660 2GB or AMD HD7870 2GB. According to Hoare, "The optimal way to run the game will depend on an individual’s preference.” However, to get the most out of GTA V at 4K resolution on PC, this is what Hoare says you will need:

GTA V is now available for digital pre-load on PC for those who pre-ordered the game from Rockstar Warehouse or Steam, and it is already topping Steam's weekly top 10 most sold game charts. The files weigh in at 65GB total, so if you are planning to be among millions of gamers who will play it on day one, you better get started now, and while you wait for the launch, feast your eyes on these brand new GTA V PC screenshots that have been shared above.