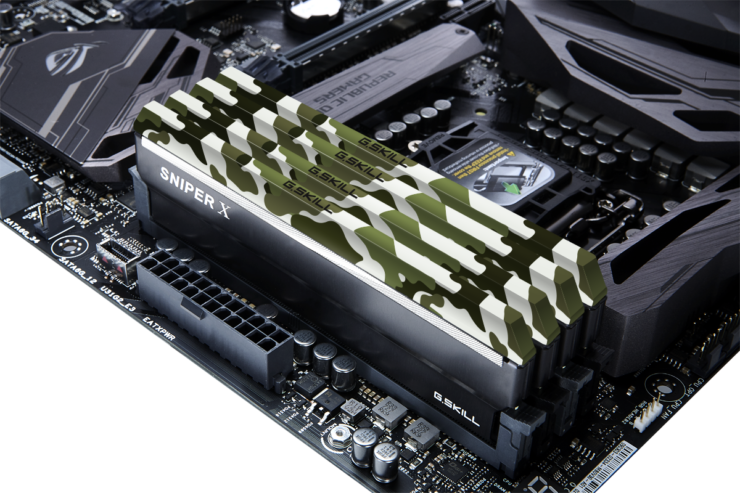 G.Skill has just announced their latest Sniper X DDR4 memory kit series which come with a unique design scheme. The G.Skill Sniper series has always been designed to match military hardware and the Sniper X series is no exception.

The previous Sniper series memory kits that launched when DDR3 was still mainstream featured a design that looked like a Sniper rifle. The new series goes all in with a camouflage theme that looks unique compared to other memory kits. The design of the Sniper X DDR4 series matches that of a military camouflage on the top bar and comes in three different flavors which include classic camo, urban camo, and digital camo. 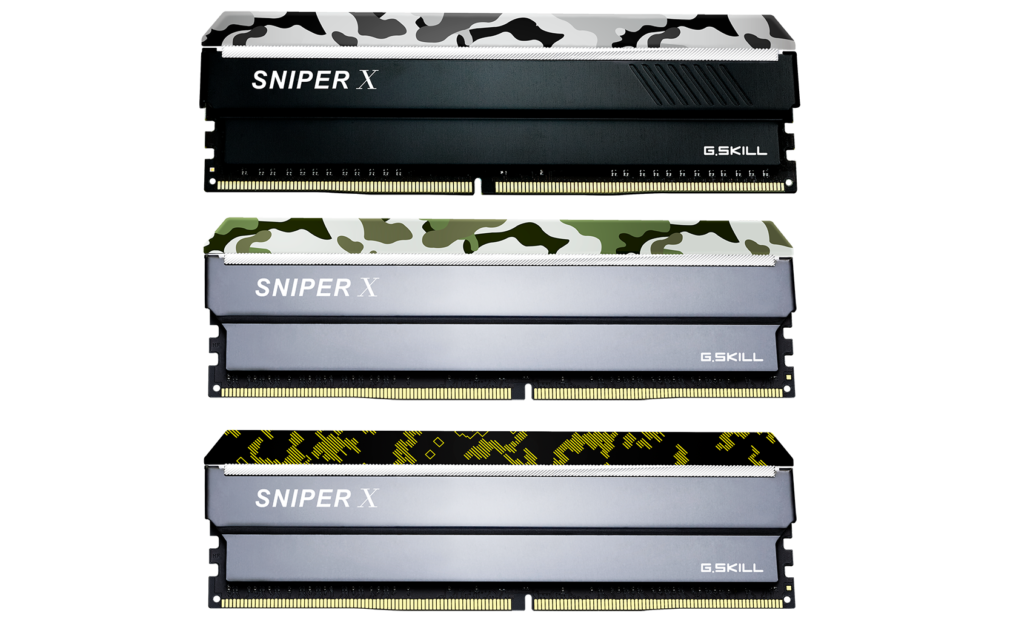 All three design schemes are built to match a variation of motherboards available from the top tier manufacturers such as ASUS. While designs are one thing, the specifications of the memory kits in general feature a DDR4-3600 MHz spec and capacities available up to 128 GB (8 x 16 GB). The rams have rigorously tested for maximum compatibility and reliability on a range of different Intel and AMD platforms. 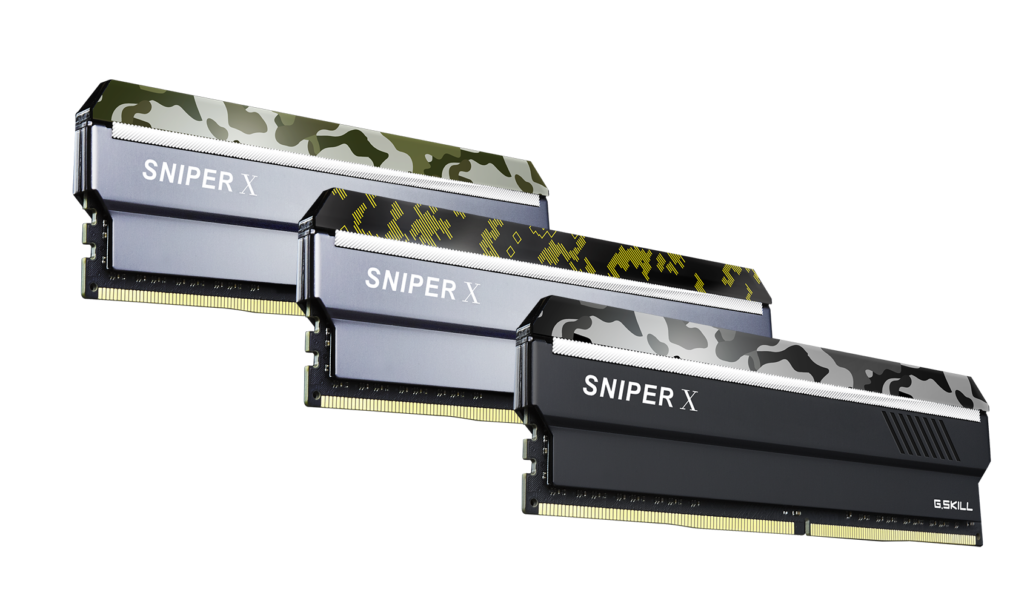 Sniper X is designed with a militaristic camouflage top bar to compliment any gaming system with offerings in three distinct patterns: Classic Camo, Urban Camo, and Digital Camo. Classic Camo is inspired by the classic jungle green camouflage design, while Urban Camo is styled to blend into a concrete jungle combat setting with multiple shades of gray. And developed to match the ASUS TUF Gaming series motherboard, the Digital Camo features yellow stylistic highlights for a modern warfare look. All three variations are paired with minimalistic aluminum heatspreaders that further optimizes cooling performance under heavy computing load, so you won’t miss out on the next firefight! 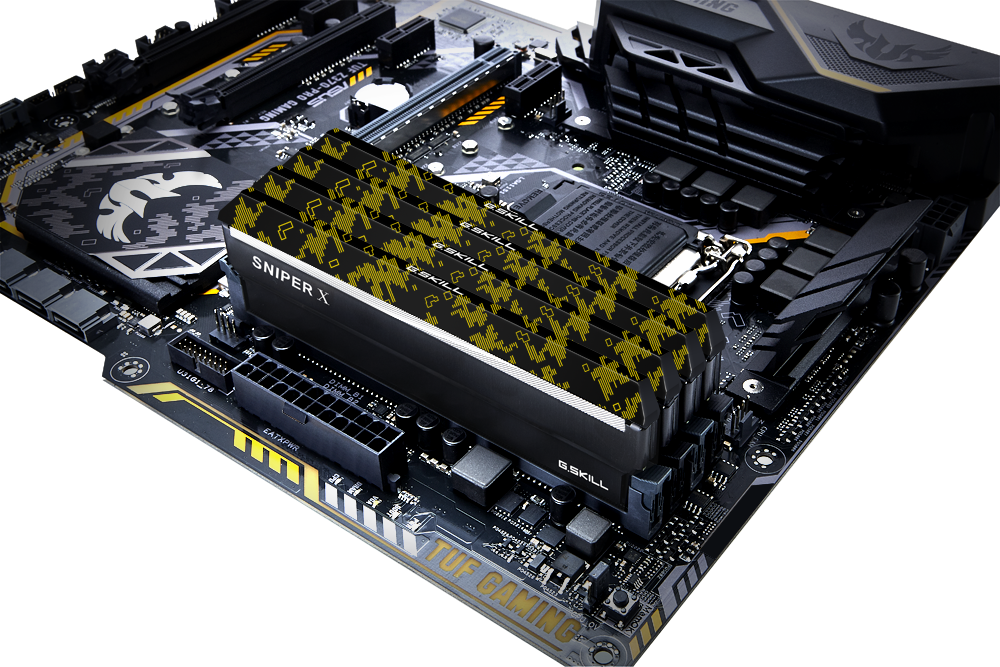 Never miss a shot with memory speeds ranging from a standard DDR4-2400MHz up to an extremely fast DDR4-3600MHz. On top of the blazing speed, kit capacities are also offered up to an impressive 128GB (8x16GB) configuration for PC systems that handle gaming and content creation, such as 3D rendering or multimedia editing. Each memory kit is also validated under a series of rigorous tests for maximum compatibility and reliability on a multitude of platforms. 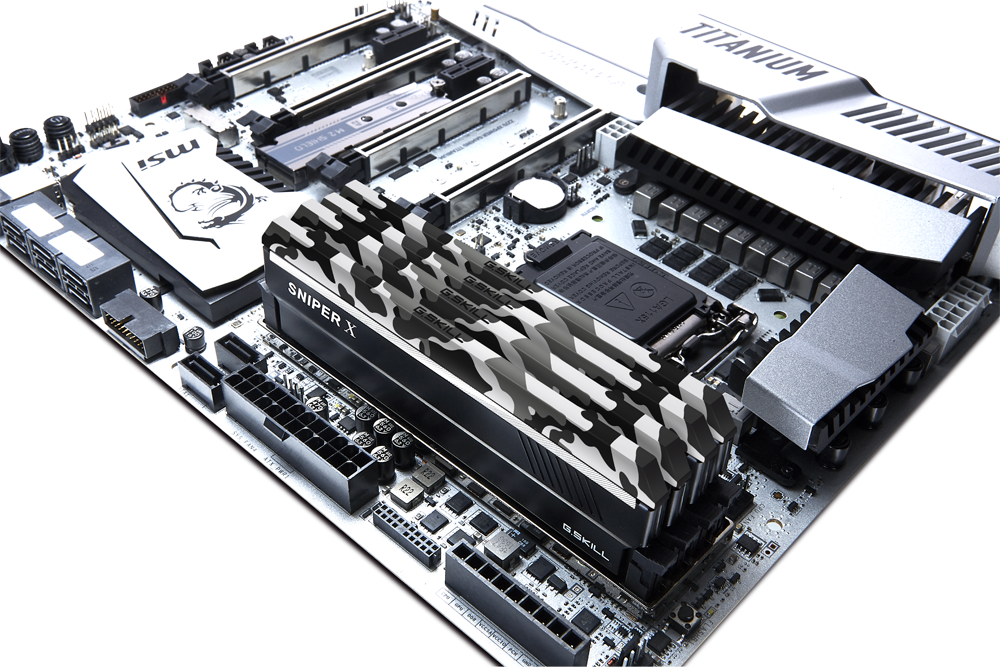 This latest G.SKILL Sniper X DDR4 series supports the latest Intel XMP 2.0 for an easy one-step memory overclocking experience, providing a boost to memory performance across all types of workloads. The Sniper X series will be available at authorized G.SKILL distribution partners in 2018 Q1.

As for launch, G.Skill has stated that the Sniper X DDR4 Memory kits will be available through their distribution partners in Q1 2018. There's no word on pricing yet but we will update when those are available.