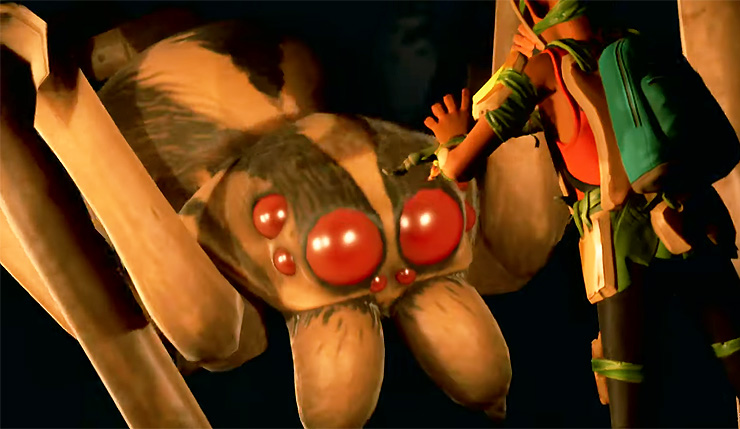 Obsidian Entertainment is one of the hardest-working developer in the industry. They just released The Outer Worlds, and prior to that they served up a steady succession of crowdfunded hits like the Pillars of Eternity games and Tyranny. Well, now the company has revealed their first new game since becoming a Microsoft Game Studios first-party developer, and it’s not what most fans were likely expecting.

During the big X019 episode of Inside Xbox, Obsidian announced Grounded, which is essentially “Honey I Shrunk the Kids: The Video Game” in everything but name. The game shrinks players and tasks them with surviving a back yard packed with deadly insects and all manner of other dangers. You can check out the game’s debut trailer, below.

According to Obsidian, Grounded is a "true passion project" for the studio. Here's a few more details about the game:

In Grounded, you are shrunk to the size of an ant and must survive in the beautiful yet perilous micro-world of a suburban backyard. This harsh and dangerous landscape can be navigated solo or with up to three additional players in co-operative multiplayer, as you work together to progress through thrilling story-based missions or explore the farthest reaches of the intricately detailed game world. You must gather, craft and build bases with everyday objects, searching for life-saving resources such as the dew off grass to quench your thirst or transforming an acorn shell into body armor to defend against a host of unpredictable creatures.

Grounded will be available through Xbox Game Preview and Xbox Game Pass in Spring of 2020. What do you think? I know it's not an RPG, but I'd say the game looks pretty charming. Then again, I'm a kid of the 80s/90s, who watched Honey I Shrunk the Kids around a hundred times, so I'm not super objective with this one.