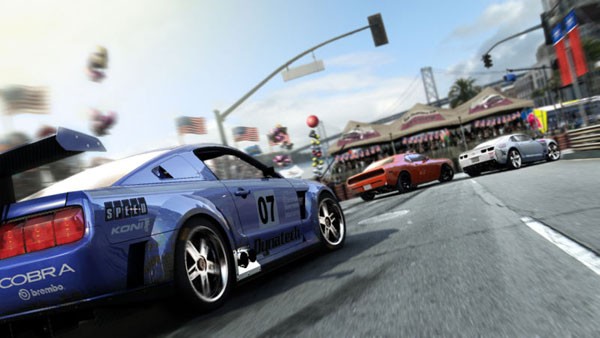 There are reports that the Codemasters are working on a sequel of 2008's critically acclaimed racer, Race Driver: Grid, which could have a release this fall.

In 2008, Codemaster's Grid took the gaming community by storm and quickly became one of the most acclaimed racing simulators of this generation. This was mainly because of the level of difficulty, the different classes of cars and races available and the most exciting feature was the new 10 second rewind mechanic which allowed the players to rewind and replay after crashing or making an untimely turn. For many, a sequel was evident, which the fans were expecting after the first game but there was no news from the developer's side. Until yesterday, the latest issue of Official Xbox Magazine UK's rumor page stated that,

“The GRID team at Codemasters is actively working on GRID 2. It’s likely to arrive after the release of F1 2012.”

This is something which would get racing video games fans excited about, including myself. F1 2012 is expected to hit the shops in September, so it is possible that 'Grid 2' could release in the last quarter of 2012 or very early next year.

Last we heard anything official related to Grid's sequel was back in 2010 on a website called Develop. And after this new quote from The OXM UK, we can all agree that is safe to say that Grid 2 could indeed be in development.