Trials Fusion is one of the many upcoming next-gen multiplatform games. Currently in development by RedLynx and Ubisoft, Trials Fusion is a racing game involving physics-based motorcycles. Trials Fusion is the first game in the franchise that would be released on PlayStation platforms. The game is set to release on April 16 for PlayStation 4, Xbox One and Xbox 360. The PC version of the game will come on April 24. 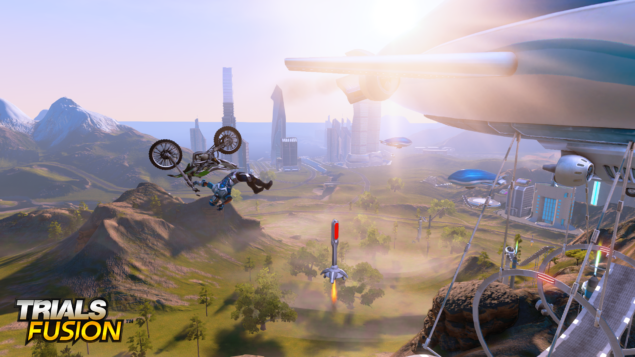 Despite Microsoft's best efforts, Xbox One is still suffering from 'Resolution-gate' issue. Developers are comparatively finding it cumbersome to achieve full video game optimization on Xbox One because of the lower specifications of the console, and yet another game has been declared running at lower resolution on Xbox One.

Trials Fusion is not the first game that performs better on PlayStation 4 than on Xbox One, several major next-gen multiplatform games like Assassin's Creed IV: Black Flag and Call of Duty: Ghosts do not deliver full hd 1080p experience on Microsoft's next-gen console. This situation is proving to be problematic for Microsoft.

Trials Fusion's lower performance on Xbox One has once again started conversations about resolution-gate among  gamers. Trying hard to improve the problems, Microsoft is promising that Xbox One's performance will get better with time. Microsoft claims that the Xbox One is capable of rendering games at 1080p/60fps and the exclusive Forza Motorsport 5 is one of the examples.