It’s been two years since scientist have been trying finding more about the existence of stanene, which is said to be graphene's closest relative in nature. Stanene is basically fascinating to all the scientists at work because it’s only one atom thick and is primarily made up of a thick mesh of tin. Since graphene is also one atom thick, but made up of carbon layers, the two materials work in a similar way. According to the theories predicted by the work of the scientists, this stanene material can conduct electricity without any heat loss whatsoever.

Graphene has a new relative in town

Stanene is also expected to be the most efficient material in nature when it comes to conducting electricity alone. The wonder material will work at normal room temperature as claimed by the scientists. Since it is two-dimensional in shape, stanene allows electrons to zoom along the borders of the tin mesh in a single lane. This way it overcomes the energy losses due to collisions in three-dimensional materials and will therefore gain 100 percent efficiency.

"It's surprising that it can work at such a high temperature," one of the team, physicist Shou-Cheng Zhang from Stanford University in the US, told Charles Q. Choi at Scientific American back in 2013. "Scientists have looked for dissipationless transport of electricity for many years, but usually the systems we find only work under extreme conditions, either very low temperature or strong magnetic fields."

Collisions cause vibrations and vibrations generate heat that causes energy losses. Since it is already established how stanene works without causing any interruption in the normal travelling of the electrons it is obvious that wires made up of stanene would be able to carry electricity at shorter as well as extremely long distances without any energy loss, that too for long spells. This will surely make our lives easier than ever before as appliances and daily used gadgets won’t heat up when used for long hours. 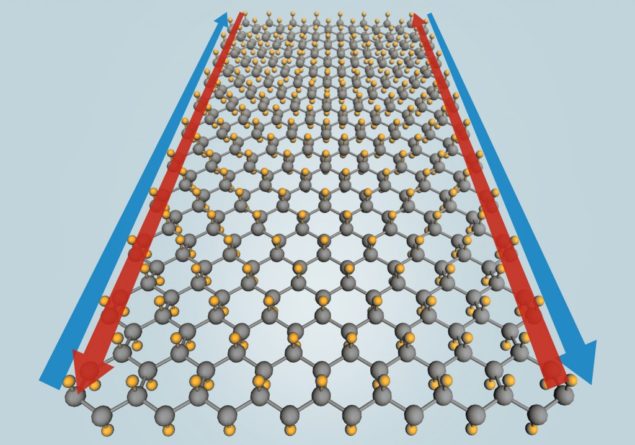 Stanene will be the best example of a topological insulator if it perfectly works at room temperature, and gives 100 percent efficiency, as theorized by the scientists. Along with this it will also replace graphene as the most suitable material for the building of electrons in the near future. But since it is not yet confirmed whether stanene will actually work the way they have predicted or not, everything still lies in a big ‘if’. As initial testing has not confirmed any of these properties but that may be due to the way the team has constructed it.

"The researchers vaporised a bit of tin inside of a vacuum chamber, allowing it to form its characteristic mesh on a bismuth telluride surface," a university press release explains. "The team was able to see only the top ridges of the structure with a scanning tunneling microscope, however, and believe the substrate interacted with the mesh, preventing conductivity testing."

This will be confirmed in time to come whether the substance produced is actually stanene of not as some scientists beg to differ, still it's a start and let's hope this will take us to 100 percent efficient materials soon.