Grand Theft Auto 5 PC Version has just made a surprise listing on E3insider. The PC version of the game has been the question that Rockstar has been dodging like Max Payne dodges bullets. While the game has been spotted for the PC via Amazon a few months ago, The PC version of Grand Theft Auto games are always bound to happen albeit they release a bit later than the console versions. Perhaps Grand Theft Auto 5 PC Version will be the big news that will definitely sweep the floor at E3. Until some proper verification happens or surfaces, we will have to treat this as a rumor. 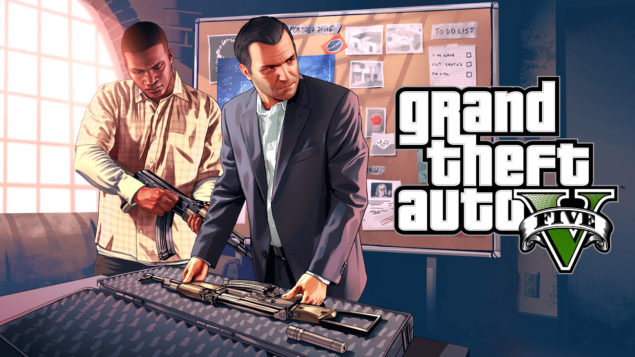 Grand Theft Auto 5 PC Version could mean that the AAA title of the year could be headed your way!

Grand Theft Auto 5 is in long anticipation amongst fans of the series looking forward to enjoying it on the Xbox 360 and the PlayStation 3 but the PC version is still the question on everyone's mind which Rockstar is adamant on giving a solid answer on.

With E3 steadily creeping up on us, I wouldn't be surprised if the announcement would take place along with some actual gameplay footage to show off the game and hopefully some solid details surrounding the game such as an official confirmation of the game's location, since the strongest speculation seems to point back to San Andreas.

This years E3 is definitely going to be exceptionally special since we will see GTA 5, Assassins Creed 4: Black Flag and many other smash hit titles making an appearance along with further details on the Xbox One and the PlayStation 4 along with their accompanying games. This is definitely the most historically significant E3 to watch out for.

Grand Theft Auto 5 PC Version is definitely in the cards, almost every other GTA game HAS made its way to the PC and Rockstar would be absolutely foolish to not take advantage of the PC version for the fifth installment in the series.