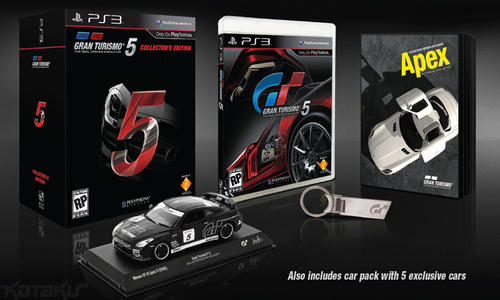 Although if you don't want a bit smoother experience from the game, You can play it but still an installation size of 256Mb is required to be free on your PlayStation 3.

The release date of the game was announced back at E3 2010 with which a collector editon was also announced of the game, The game will feature one of the most realistic Simulation Racing Driving Experience with a massive 1000 cars to select from on 80 of the most beautiful tracks ever. The game is set for release on November 2nd.

You can check out more news of the game in the following links: