I think its safe to say that nearly everyone of the tech world saw this coming. The GPU Mining craze which came out of nowhere with the rise of Bitcoin, the behemoth of the cryptocurrency world, has now ended with most of the SCRYPT based coins becoming unprofitable to mine on GPUs. Sure there are still some profitable ALT-Coins left but even those are now dwindling. 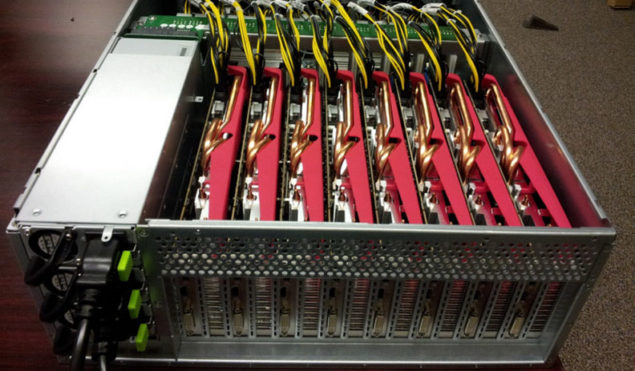 You know what, even though this is technically not a crash lets dub it the "GPU Miners Crash of '14", because that sounds pretty cool. This crash is wrongly attributed to Bitcoin becoming unprofitable (to mine on GPUs) which is silly because Bitcoin became unprofitable to mine on GPUs as soon as the ASICs came online quite some time ago. However soon after Bitcocin; Litecoin rose to glory, which can be called the second tier of Cryptocurrencies followed closely by ALT Coins such as DOGE Coin etc. So the old Bitcoin rigs were simply reconfigured to mine Litecoins and ALTCoins. However now even the second and third generation cryptocurarencies are becoming unprofitable with SCRYPT-ASICs coming online.

There was of course a delayed effect as the mining rigs were dumped directly or through second hand markets to new aspiring miners who didn't realise that ASICs would soon come online. However now that reality or rather profitability is catching up to the miners all these rigs are being dumped callously in an 'end-of-gold-rush-frenzy'. The Crash is basically being caused because of three primary reasons: 1) Insanely cheap GPUs on second hand markets, these range from mid end to the ultra high end and 2) Massive drop in GPU Demand due to GPU Mining becoming unprofitable. 3) Almost-ignorant shop owners and some retailers not accurately predicting future demand and therefore inventory-ing in access.

Now the main source behind the recent revisitation of this obvious conundrum is DigiTimes which reports the dGPU market could drop by 40% in Q2 (the quarter which we currently are in). Now AIBS on the other hand could foresee the incoming lax in demand and so did higher end channel retailers. The expected outcome was for GPU Manufacturers to dial down prices but instead, the two giants are going with reduced shipments. However there is something that I am on a slight disagreement with in this analysis. Nvidia cards had been horrible at mining until the 28nm Maxwells came out, but it was too little too late. The GPU Mining Rigs consisted almost exclusively of Radeon cards. So the drastic drop in demand will affect AMD the most as compared to Nvidia. Ofcourse even Green cannot escape the aftereffects unscathed because there are now very cheap GPUs available on second hand markets, but the effect as compared to Red should be far less. On a concluding note, stay away from these dumped GPUs, some of them might last a life time and cost a relative-penny but many of them won't. So unless you like to gamble, steer clear.

The Great GPU Miners Crash of '14 - That'd be something to tell your kids. #AMD #Nvidia http://t.co/EPyVFcpxFg

Cross-asset Dynamics, Strong Basing Effect, and Miners’ Capitulation All Indicate That Bitcoin Has Bottomed Out for Now