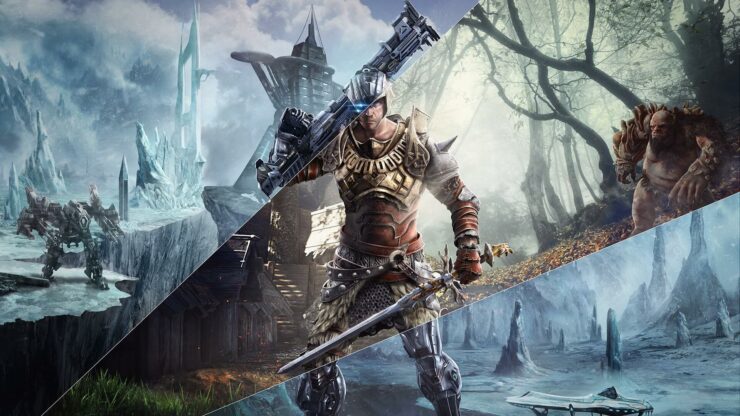 THQ Nordic announced this morning to have acquired German developer Piranha Bytes, a studio well known to RPG fans for their Gothic, Risen and ELEX games.

There are situations in life where you think to yourself “This feels right.” Well, this is exactly one of them. We have been working on some great and exciting things over the past couple of years and we are extremely stoked about what the future brings with the right partner and the right network of companies. After all, we want to continue to create great, memorable, and impactful games with as much creative freedom as possible, and with THQ Nordic we know we are now part of a family, which support us by all means in our efforts.

According to the press release, THQ Nordic will retain full creative freedom to create unique RPG gaming experiences. There's also a FAQ (which we've also reported below) that basically confirms ELEX 2, while there's no word yet on remasters/remakes of Gothic and Risen. Still, considering that THQ Nordic usually does that for all the franchises it can get its hands on, we'd bet it will happen at some point.

Employees/Staff
Q: Will there be any changes in personnel at Piranha Bytes (PB)?
A: No.

Q: Will PB change location and move to Vienna?
A: No, what happens in Ruhrpott, stays in Ruhrpott.

Company/legal technicalities
Q: What is the deal, why is there a new company being incorporated?
A: Technically speaking, Pluto 13 GmbH (the former company behind the Piranha Bytes brand) sold the trademarks “Piranha Bytes” and “Gothic” as well as the entire Gothic IP to THQ Nordic AB. The remaining rights of Risen and ELEX, which were in other entities of the Piranha Bytes folks, were also acquired by THQ Nordic AB. In the forefront of the closing of this deal, THQ Nordic GmbH set up a new entity (initially named “THQ Nordic Reserve 1 GmbH”; in the next days renamed to “Piranha Bytes GmbH”). This company is now stepping into the existing employment and service agreements with all personnel and has also acquired the existing office equipment (furniture, hardware, coffee machine).

Intellectual Properties
Q: What about ELEX 2?
A: Semi-official comment: Have a guess.

Q: What does this mean for potential remakes of Gothic and/or Risen?
A: Nothing to say at this stage.