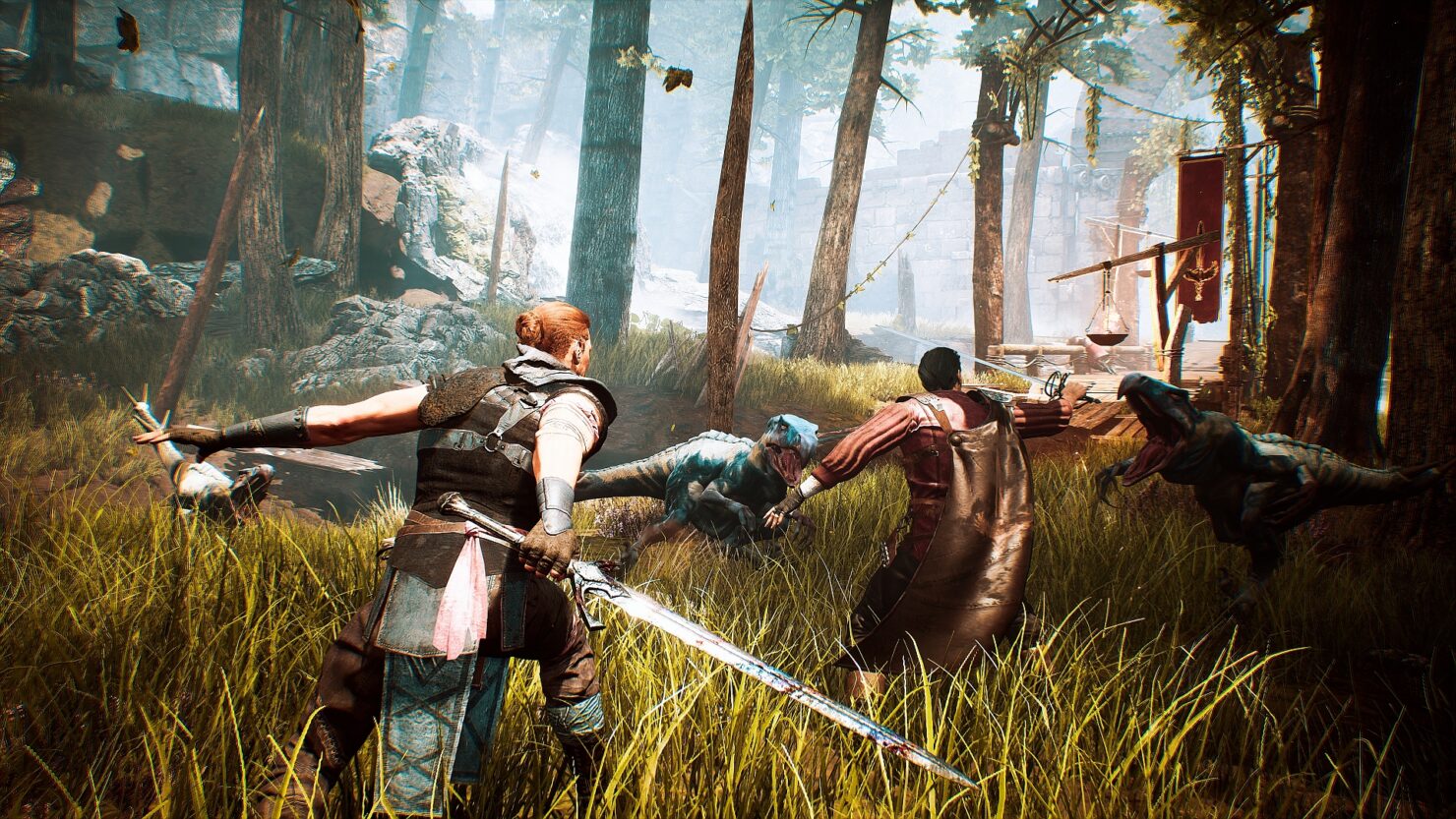 A Gothic remake is in the works, sort of. THQ Nordic just sent out a press release stating that there's a playable teaser due to appear today in the Steam libraries of anyone who owns a Piranha Bytes game, be it Gothic 1-3, Risen 1-3, or ELEX.

THQ Nordic will then gather feedback from fans and assess if and how it should proceed to greenlight the Gothic remake project. According to the developers, the playable teaser (which reminds us of Hideo Kojima's P.T. for Silent Hills, though we hope this game will actually be made) should have about two hours worth of gameplay. Check out the official trailers and FAQ below.

Q: Who is developing this project?
A: THQ Nordic Barcelona. You can find out more about the studio at www.thqnordicbarcelona.com (Hint: We are looking to grow our team)

Q: Wait, why can we only play two hours?
A: Because it’s just a prototype, done by a new small team in Barcelona and we wanted to do an unusual approach and give this into the hands of players early. What you are going to play is all we have to show you at the moment.

Q: Ok, got it. But if we want the full game, how long do we have to wait?
A: Quite some time. We will only start full production if the community demands a Gothic Remake. In order to do so, we will need to grow the development team and rebuild Gothic from scratch.

Q: This can become a remastered HD version of Gothic?
A: We’d like to call it a remake. We are using a completely new tech (Unreal Engine 4) and so basically nothing but the story, the setting, the atmosphere, the music and the world of Gothic will remain. The whole tech, all graphics, the sound, different systems will be recreated according to modern high quality standards.

Q: Can I buy the prototype?
A: Yes and no. Everyone who owns ANY game from Piranha Bytes will get it for free - so if you don't have either Gothic, Gothic 2, Gothic 3, Risen, Risen 2, Risen 3 or ELEX you can buy one of them now and the prototype is also yours.