GoPro is currently working on a new app that will make it easier for customers to edit and share the footage right after it has been shot. When the recording will be done users will have the tools to edit and upload the content from their mobile phones right away. The app was revealed by a statement from the company’s President Tony Bates, according to him the app is in its final stages of testing and the company is expected to launch the new app by the end of summer.

GoPro cameras have been used by quite a lot of people in recent years and it’s fair to say that the company seriously needed to step up their game as their devices long needed video editing software that would make hours of video captured into an actual usable and needed one. Currently the way to go was to use difficult video software and a lot of time, but this new app will sure change that. Tony Bates also mentioned a new cloud service for GoPro, which CEO Nick Woodman recently announced was in testing.

The service “"will support a seamless offload of content from GoPro cameras to be managed and viewed on other devices," according to Bates, who says the company "[continues] to make good progress on our software initiatives." If all of this works then you could find yourself relying less on you PC for the videos.

GoPro recently launched a new camera model called HERO+ LCD. This camera is the first product by the company which allows on device editing, mobile editing saves time and mobile uploading will allow GoPro users to share their content faster. GoPro also revealed its financials for this quarter and there has been a 72% increase in the revenue to $420 million, these numbers swung the company into a profit. And they are likely to increase with more investors raking up to invest in the new app the third quarter financials will show whether that’s true or not. Till then happy capturing and editing. 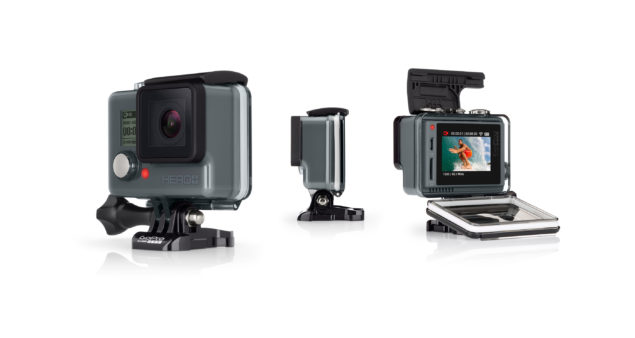